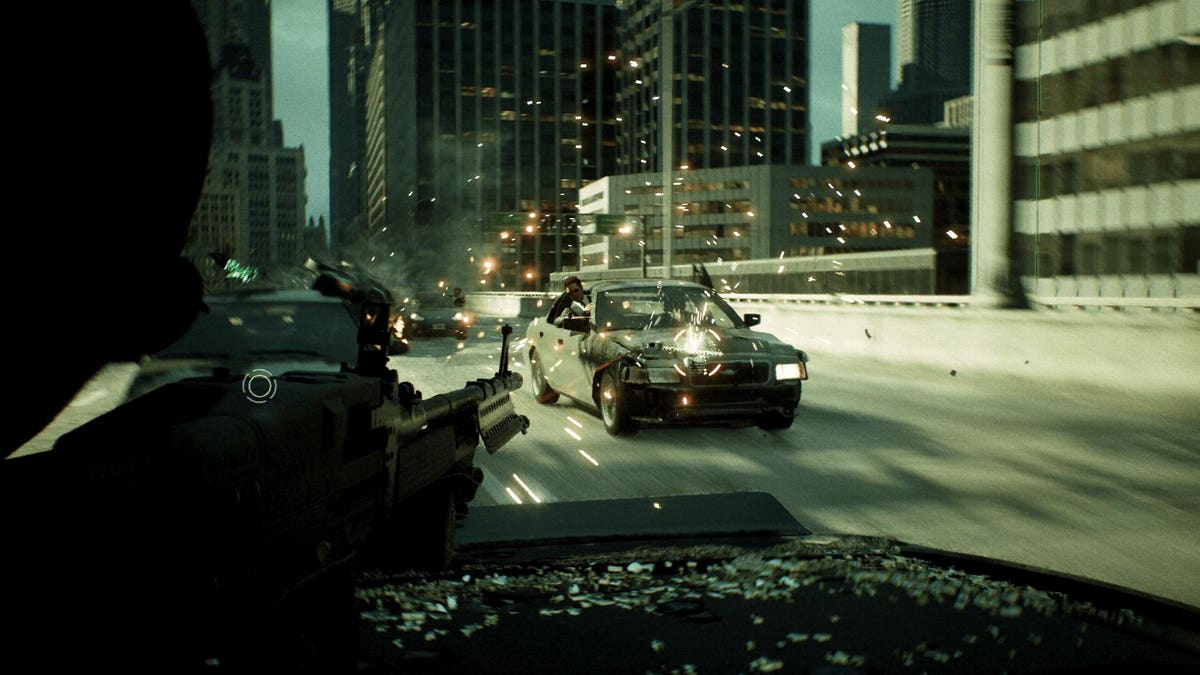 It really seemed a little odd that the Game Awards ended last night, not with a huge reveal, but with a lengthy Matrix commercial starring missing Keanu Reeves and Carrie Ann Moss. They joked, they showed a clip from the new Matrix sequel and promoted a new live tech demo, The Matrix Awakens, meant to show off Epic’s new Unreal Engine 5 abilities, playable on PS5 and Xbox Series X / S.

Except no, not really.

As the Game Awards lasted 11 hours and I was tired afterwards, I only started The Matrix Awakens this morning. It’s a 30GB download, which sounds like a lot for a simple tech demo, until you see what it actually contains.

The screenshots and YouTube clips of it really don’t do it justice. I ran it on my Xbox Series X, but I’m sure it’s equally awesome on PS5. It brings together all of Epic’s new Unreal Engine 5 tech into something that starts out with just cutscenes, photorealistic versions of Keanu and Carrie-Ann, but effectively turns into something playable, a car-on-rails chase sequence. where you take control of a new revolutionary and shoot down chasing cars explosively.

This part is pretty impressive on its own, but it was what followed that blew me away. After the chase scene is over, you gain access to a free version of the cityscape, where you can either walk around on foot like you would in a GTA game, or use a drone mode to fly. It’s a sprawling sandbox, a really huge space that’s way bigger than I imagined, and I really have no idea how this whole gigantic space was built for one tech demo.

The visuals here are unlike anything I’ve seen before, and show how it’s not just your hardware that creates top notch graphics, it’s the evolution of the game engines themselves, and what Epic has done here with Unreal Engine 5 is nothing short of a digital miracle in many ways. Photorealistic Keanu is one thing, but this city is just amazing, I’ve never seen anything like it in a playable space. Digital CG for the special effects of the film? Sure, maybe, but nothing that you can actively explore.

Of course, this is just a demo, and not all Unreal Engine 5 projects will look like this (the new Fortnite chapter has just been converted to Unreal Engine 5 for example, but in keeping with the current animation style, doesn’t look much different). There are certainly imperfections here and there as well. The people in the car sequence looked a bit off. Cloudy interiors of city buildings are full of flat 2D objects. But overall, it’s impressive on a level I’ve never seen before, and if technology like this can be achieved in a full game, not just a playable demo, all Matrix comparisons on revolutionary digital worlds may not be so far extinct at all.

Pick up my sci-fi novels on Herokiller Series and The Terrestrials trilogy.