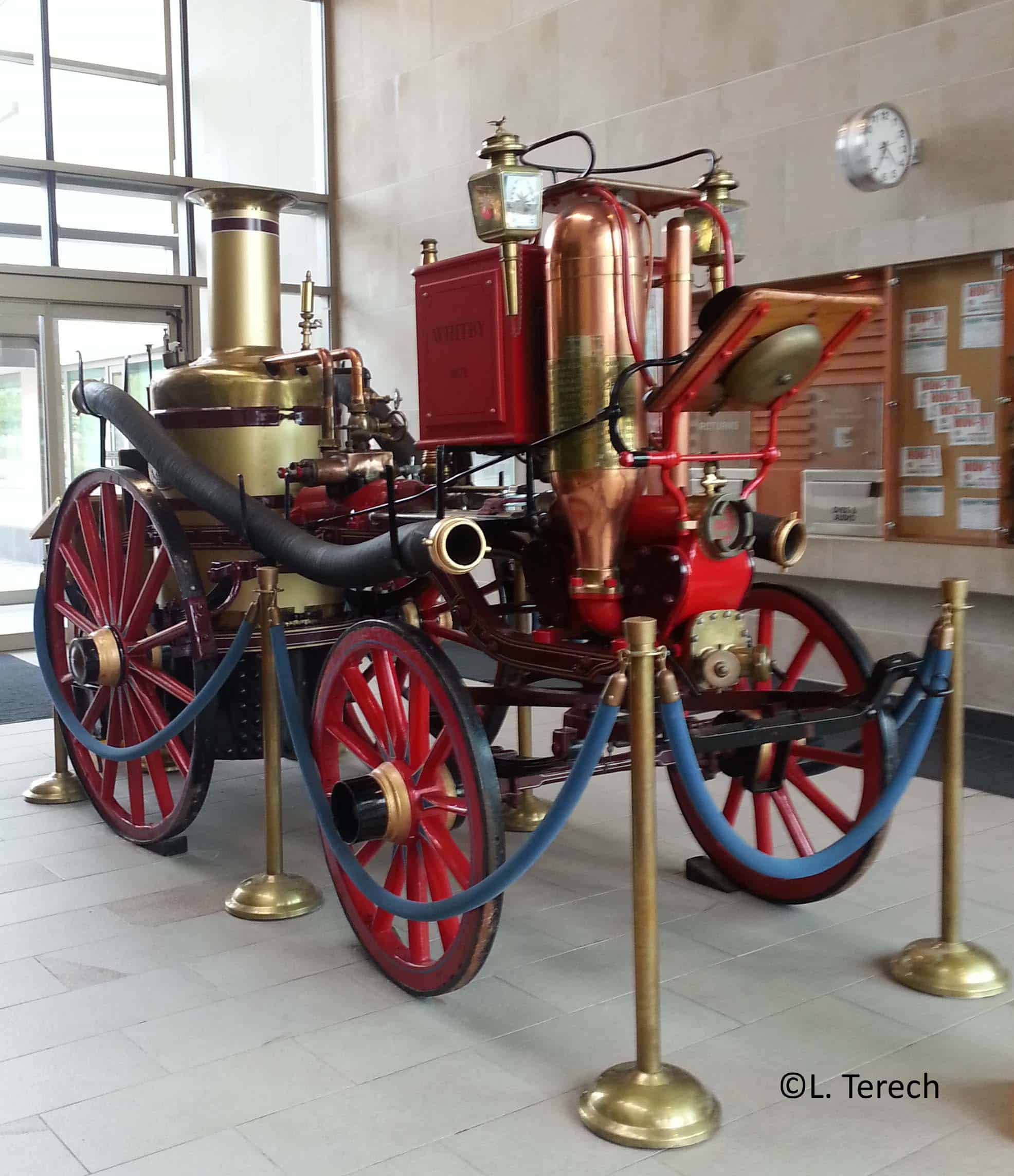 The Merryweather Steam Fire Engine, now enjoying its golden years on display at Whitby Central Library, has seen its full century and a half of service.

Born in England, she arrived in Canada after winning over potential buyers by launching a jet of water 145 feet into the air above the weather vane on the steeple of All Saints Anglican Church in downtown Whitby.

The steam engine has been on the front line fighting fires for the town of Whitby and beyond for 54 years and its first real test came in its first year of service: it is credited with saving the downtown Oshawa from destruction by fire on the night of December 8. , 1872.

The fire originated in George Hodder’s clothing and hat store on Simcoe Street and, according to Jillian Passmore of the Oshawa Museum Blog, a man named CW Smith jumped on a horse and ran off. rushed to Whitby for the Merryweather steam fire engine, which was a new acquisition at the time and considered Canada’s pioneer engine. “Whitby and Kingston fire stations had tested the Merryweather, but Oshawa put it to the test in the fire of 1872.”

Gibbs Block, a large building on the south side of King Street, was destroyed and 19 buildings were damaged or destroyed in the fire, which was determined to be arson. A man named Fitzmaurice, owner of the pharmacy adjacent to Hodder, was sentenced to three years in prison for fomenting the fire for insurance purposes.

Oshawa would purchase its own Merryweather machine for $5,600 in 1875.

But the old must eventually make way for the new, and progress forced the retirement of the Merryweather, although it took two motorized fire engines to replace it in 1926.

(A year after the steam engine was first “retired”, the same church in Whitby that hosted the Merryweather’s 1872 sales demonstration was nearly destroyed by fire. Perhaps the Merryweather was retired too soon ?)

However, his retirement was short-lived, and after a short eight-year leave from active service, the Merryweather was donated to the York Pioneer and Historical Society in Toronto in 1934 for display.

It’s unclear how long she lived there, but it’s known to serve as a CNE hot dog stand and was hauled for Labor Day parades before a veteran entertainment promoter named Jack Fisher acquires the nearly 100-year-old steam engine in 1965 and puts it to work keeping celebrities at the Beverly Hills Motor Hotel in suburban Toronto; a hotel better known for the strip club downstairs and cheap beer than any musical act on the main level.

Fisher opened the “Hills,” as it came to be known by locals, and his Hook & Ladder Club as a Vegas-style nightclub with class “B” performers and right after their early acts like Xavier Cugat, Cab Calloway, the Andrews Sisters and Rich Little.

And despite critics saying Fisher had lost his mind opening a downtown club in the middle of nowhere – apologies to Jane & Wilson residents of the 60s and 70s who thought they lived “somewhere” – he packed most nights, sparked bidding wars with downtown storefronts like the King Edward Hotel and the Imperial Room at the Royal York. 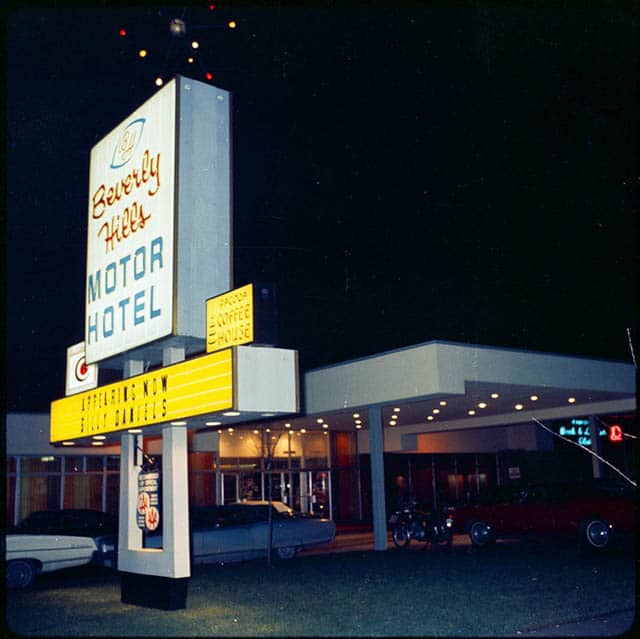 Beverly Hills Motor Hotel, which hosted the Merryweather for 17 years, in 1967.

It helped that the Hook & Ladder Club wasn’t a small venue either. At 850 seats, it was the largest show in the Greater Toronto Area. And standing guard outside was the Merryweather, whose history was already as colorful as the deeds within.

According to Jamie Bradburn’s Tales of Toronto blog, boxer Rocky Marciano was present when the hotel officially opened on June 1, 1965, but after speaking to the press, the former heavyweight champion disappeared. “Fellow pugilist George Chuvalo attempted to locate the room Marciano was allegedly locked in, but no one recognized his door-to-door. But the evening wasn’t a total loss for Chuvalo – his wife won a free two-night stay in a raffle.

The Hills, the Hook & Ladder Club and the Merryweather all enjoyed around 13 years of notoriety before the lounge was converted into a Medieval Times type restaurant in 1978. Four years later the hotel was sold and the Merryweather donated to local firefighters. It changed location several times until it received a fresh coat of paint and was placed in the lobby of the Toronto Fire Services headquarters after amalgamation in 2000.

The Merryweather was returned to Whitby in 2006, where it was placed in its current place of honor in the town center library.

And after 150 years of saving lives and valiantly fighting devastating fires, starring in parades, serving as a glorified hot dog stand, maybe being there for a lap dance or two (being a tall old lady and a true professional, she kept her gaze at eye level) and bearing witness to some of the greatest artists in the world, the Merryweather deserves her final retirement. 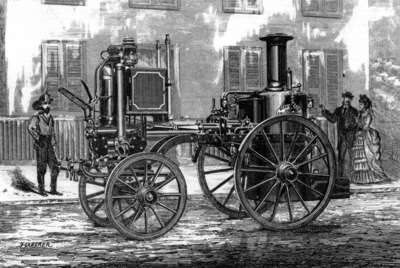 Subscribe now to receive our daily email of today’s top stories in your city!