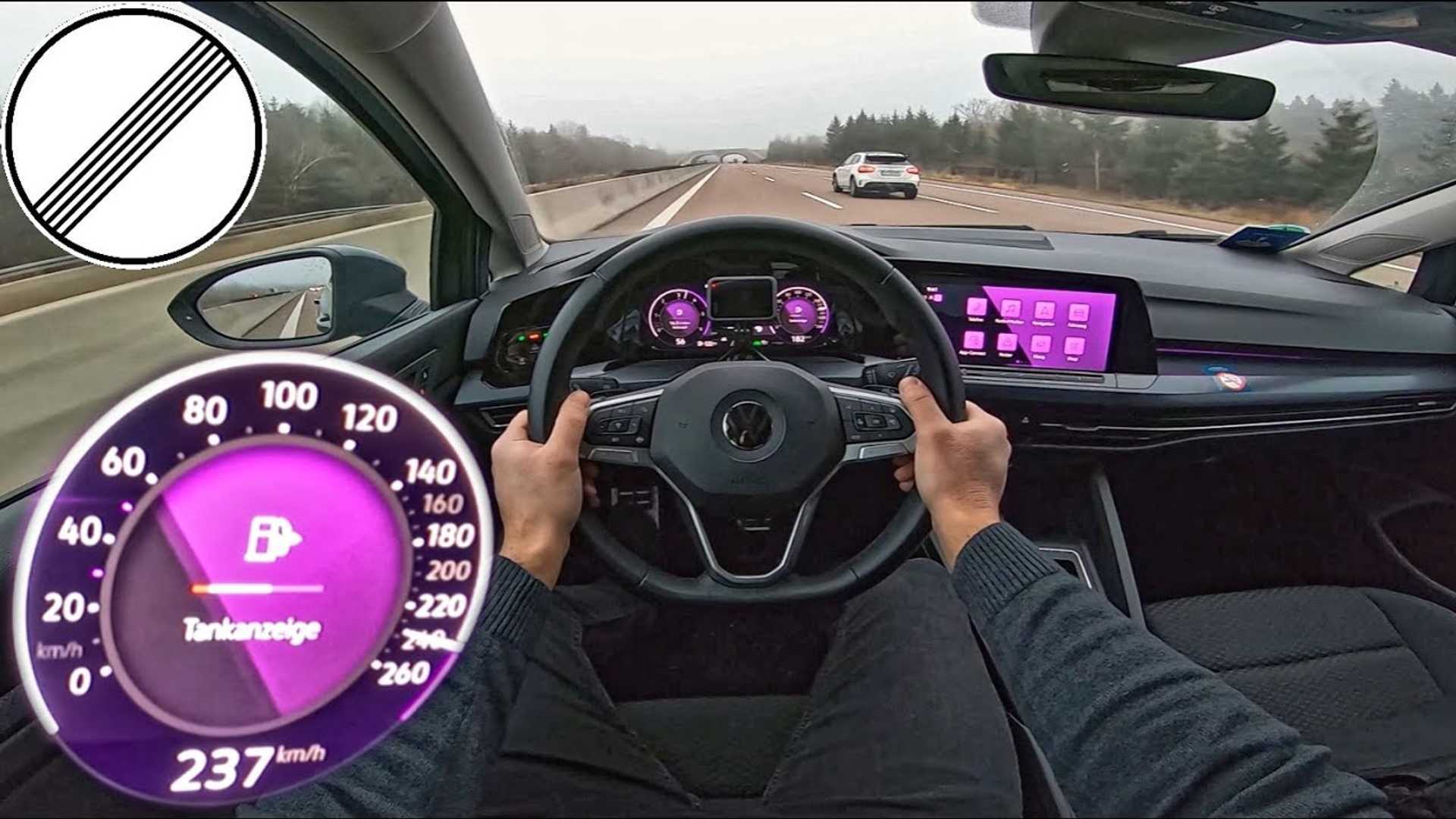 Whenever YouTubers get their hands on a Volkswagen Golf to drive it full out on the highway, it’s usually a GTI or an R. However, this eighth iteration of the hugely successful compact model isn’t not a hot hatch, but rather an ordinary configuration equipped with an oil burner. Once Europe’s premier Golf engine choice, the 2.0 TDI was put to the test on an unrestricted section of Germany’s glorious Autobahn.

This type of engine is perfect for the Autobahn due to its low fuel consumption when driving on the highway, but it is also quite tricky due to its strong torque at low revs. As is the case with diesel engines, it loses its breath closer to top speed. Give it enough empty road and it will eventually hit close to 150 mph.

While it certainly isn’t anything to write home about, it shows that you don’t necessarily need a GTI or an R to go fast in terms of top speed on a straight road. Even though the Dieselgate test prompted VW to step up its electric vehicle program, the good ol ‘TDI is not going anywhere. It’s cleaner than ever and can run on paraffinic fuels created from biological residues and waste to reduce carbon emissions by up to 95%.