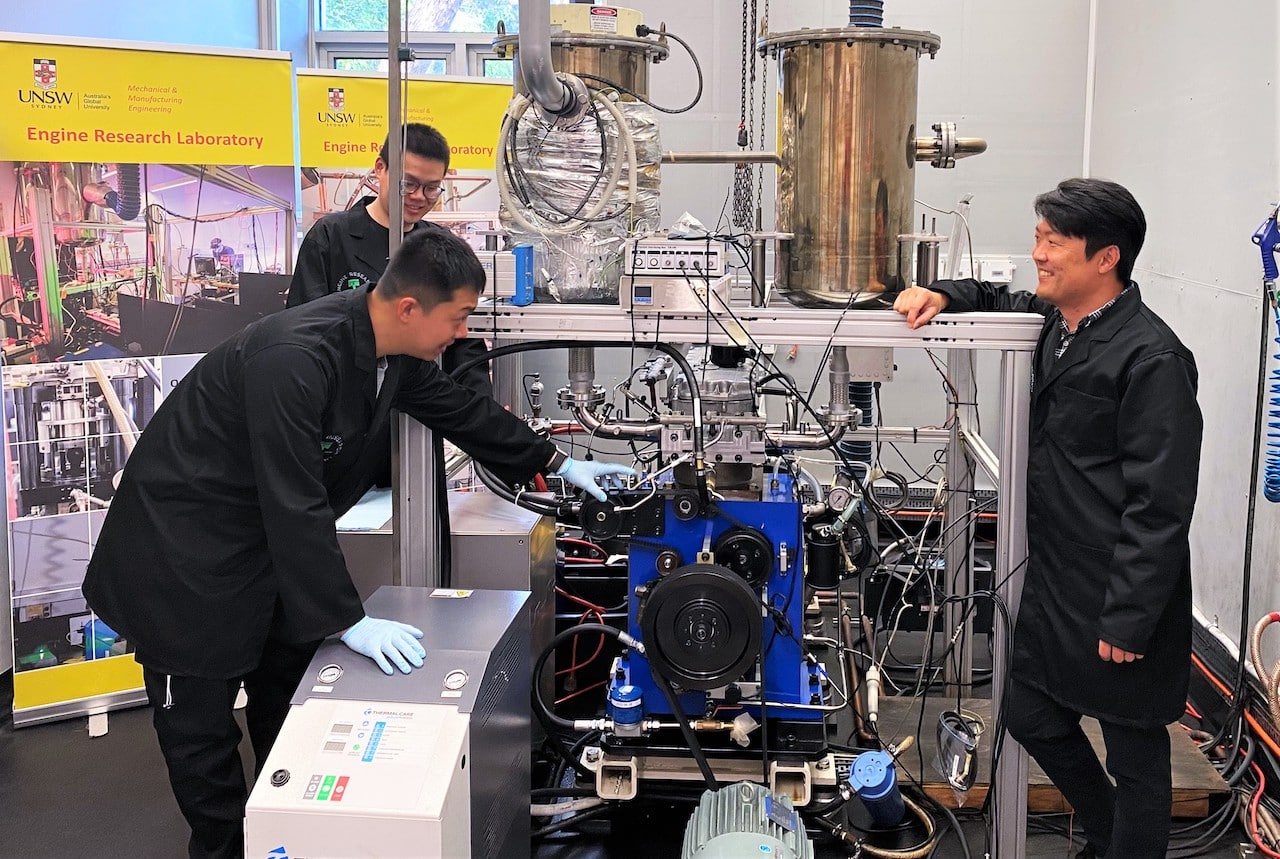 Engineers at UNSW Sydney have successfully converted a diesel engine to run as a hydrogen-diesel hybrid engine, reducing CO2 emissions by more than 85%.

The team, led by Professor Shawn Kook of the School of Mechanical and Manufacturing Engineering, spent around 18 months developing the dual-fuel system with direct hydrogen and diesel injection, which means existing diesel engines can run on 90% hydrogen as fuel.

Research indicates that any diesel engine used in trucks and electric equipment in the transportation, agriculture and mining industries could eventually be adapted to the new hybrid system in just a few months.

“This new technology significantly reduces CO2 emissions from existing diesel engines, so it could play a significant role in reducing our carbon footprint, especially in Australia with all of our mining, agricultural and other heavy industries where diesel engines are widely used,” Kook said.

“We showed that we could take these existing diesel engines and convert them to cleaner engines that burn hydrogen.”

In an article published in the International Journal of Hydrogen Energy, Kook’s team showed that using its patented hydrogen injection system reduces CO2 emissions to just 90 g/kWh, or 85.9 % less than the amount produced by the diesel engine.

“Being able to retrofit diesel engines that already exist is much faster than waiting for the development of entirely new fuel cell systems that may not be commercially available on a larger scale for at least a decade,” Kook said.

The UNSW team’s solution to the problem retains the original diesel injection in the engine, but adds hydrogen injection directly into the cylinder.

Research has found that specifically timed direct hydrogen injection controls the state of the mixture inside the engine cylinder, solving the problem of harmful nitrogen oxide emissions that have been a major impediment to the commercialization of hydrogen engines.

“If you just put hydrogen in the engine and let it all mix together, you’ll get a lot of nitrogen oxide (NOx) emissions, which is a big cause of air pollution and rain. acids,” Kook said.

“But we’ve shown in our system that if you make it stratified – that is, in some regions there’s more hydrogen and in others there’s less hydrogen – then we can reduce NOx emissions below those of a pure diesel engine.”

The diesel-hydrogen hybrid has shown an efficiency improvement of more than 26% over existing diesel engines, and the research team hopes to bring it to market within the next 12 to 24 months.