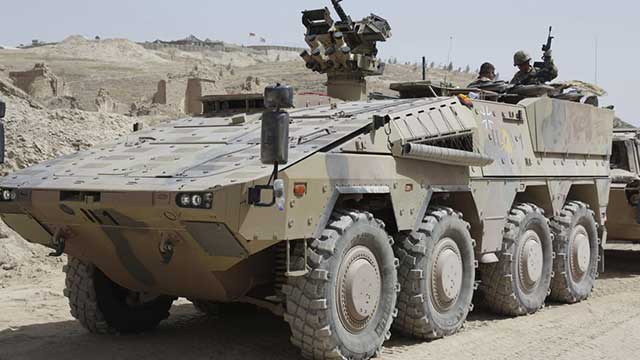 The UK Ministry of Defense said in a statement that these additional vehicles will be manufactured in both the UK and Germany, while all production will move to the UK. “The UK and Germany have worked closely together on the Boxer program for the British Army, with the UK-built Boxer benefiting from German know-how, German data and German cooperation,” the statement said.

While all other user countries will power the boxers with a 530kW MTU diesel engine [MTU 8V 199 TE 20]British boxers will be equipped with a 600 kW diesel engine [MTU 8V 199 TE21, the same as in the Ajax Scout] and for a total weight of 38.5 tonnes approved. External features include a new rim-tire combination. The specific power increases to 15.6 kW/tonne [Bundeswehr Boxer: 14.8; Australian Boxer: 13.8].

According to British information, Boxer production for the British Armed Forces has already begun. The first 117 vehicles will be built on German assembly lines, while UK factories in Telford and Stockport will produce the remaining 506 vehicles. The main production sites will be Rheinmetall’s UK plant BAE Systems Land [RBSL] and the KMW subsidiary WFEL. The first systems are to be delivered to the troops in 2023.

The UK joined the Boxer program in 2018 and in 2019 has over 500 Boxers in four different variants – infantry carrier, specialist aircraft carrier, command post and ambulance – with a combined value of £2.8 billion sterling. [currently equivalent to around 3.36 billion euros].

Follow us anywhere and anytime. BulgarianMilitary.com has a responsive design and you can open the page from any computer, mobile device or web browser. For more up-to-date news, follow our Google News, YouTube, Reddit, LinkedIn, Twitter and Facebook pages. Subscribe to our newsletter and read our stories in News360App in AppStore or GooglePlay or in FeedlyApp in AppStore or GooglePlay. Our standards: Manifesto & ethical principles.