Triumph has lifted the lid on its 2023 Street Triple range, and these bikes bring a series of changes from the outgoing model. The 2023 Street Triple will be available in three variants – R, RS and Moto2, with Moto2 limited to 765 units worldwide.

Not only are there cosmetic changes, Triumph has also worked on the 765cc inline-triple engine to make it develop more power than ever before. Here’s everything you need to know about each model.

The Triumph Street Triple has always stood out for its distinctive design and for 2023 the motorcycle manufacturer has made some changes to make it look sharper and more aggressive. While the characteristic bug-eyed twin headlights remain, the tiny mosquito net above is new.

The fuel tank is two liters smaller than the outgoing bike’s 17-liter tank. This, in turn, gives the bike a more compact appearance. The tank extensions have also been re-profiled to match the sharp front end of the bike. Triumph has also revised the rear section and it looks more swept and sportier on the RS and Moto2 Edition bikes. Overall, the new Street Triple definitely looks more aggressive than before.

As expected, the R, RS and Moto2 variants will come in specific colors that will help set them apart. The bodywork of the Moto2 variant is even more refined as it is made of carbon fiber. This bike is further distinguished from other variants by an official Moto2 branding and serial number on the top yoke.

Triumph has also tweaked the ergonomics of the new Street Triple range. The R and RS benefit from 12mm wider handlebars, which results in a more focused riding position. On the other hand, the track-focused Moto2 Edition bike has clip-on handlebars that are 80mm lower and 50mm further forward than the R and RS.

The R and Moto2 bikes also have sharper steering geometry and a raised rear end. Which explains why the Moto2 edition seat height is 839mm while the RS is just 3mm lower, while the R has the lowest seat height at 826mm.

The big change to the 2023 Street Triple lineup is in the engine. The 765cc, straight-triple in the R variant makes 120bhp, while the same engine in the RS and Moto2 edition bikes makes 130bhp. Maximum torque has also increased to 80 Nm and remains the same across variants.

Triumph has also revised the gearing as well as the final drive to improve responsiveness and acceleration. A new, smoother exhaust is said to deliver the signature in-line triple sound the street is famous for. In addition, all variants come standard with a quick up/down shifter. When it comes to electronics, there are also few changes in this department. ABS and cornering traction control are now standard across the range and can be customized to rider preference. The TC can also be turned off completely, if deemed necessary.

As for the Ride modes, they have also been optimized, with the R variant now offering four riding modes – Road, Rain, Sport and Rider-configurable. RS and Moto2 motorcycles have an additional Track mode. The company says it has added more dynamic throttle maps in Road, Sport and Track modes for more responsiveness.

All electronics settings are accessed via a 5-inch TFT display on the RS and Moto2 Edition bikes, while the base R version makes do with a more basic Trident-esq display. The Street Triple 765 Moto2 Edition, being the most capable Street Triple, benefits from the best suspension components of this trio. It gets a 43mm USD fork and monoshock from Ohlins. In addition, the suspension on all models is fully adjustable.

When it comes to brake hardware, there are differences in the components used by the R and RS/Moto2 variants. The Street Triple R is fitted with Brembo M4.32 4-piston radial monobloc calipers up front. On the other hand, the Street Triple RS and Moto2 Edition bikes, being more track focused, get much better Brembo Stylema brakes. A Brembo MCS, span and ratio adjustable lever is also present and is said to provide even better control and feedback under hard braking.

The 2023 Triumph Street Triple Moto2 Edition, as mentioned above, is limited to 765 units worldwide and unfortunately none have been allocated to India. The Street Triple R and RS, however, will arrive in India and we expect that to happen in a few weeks. 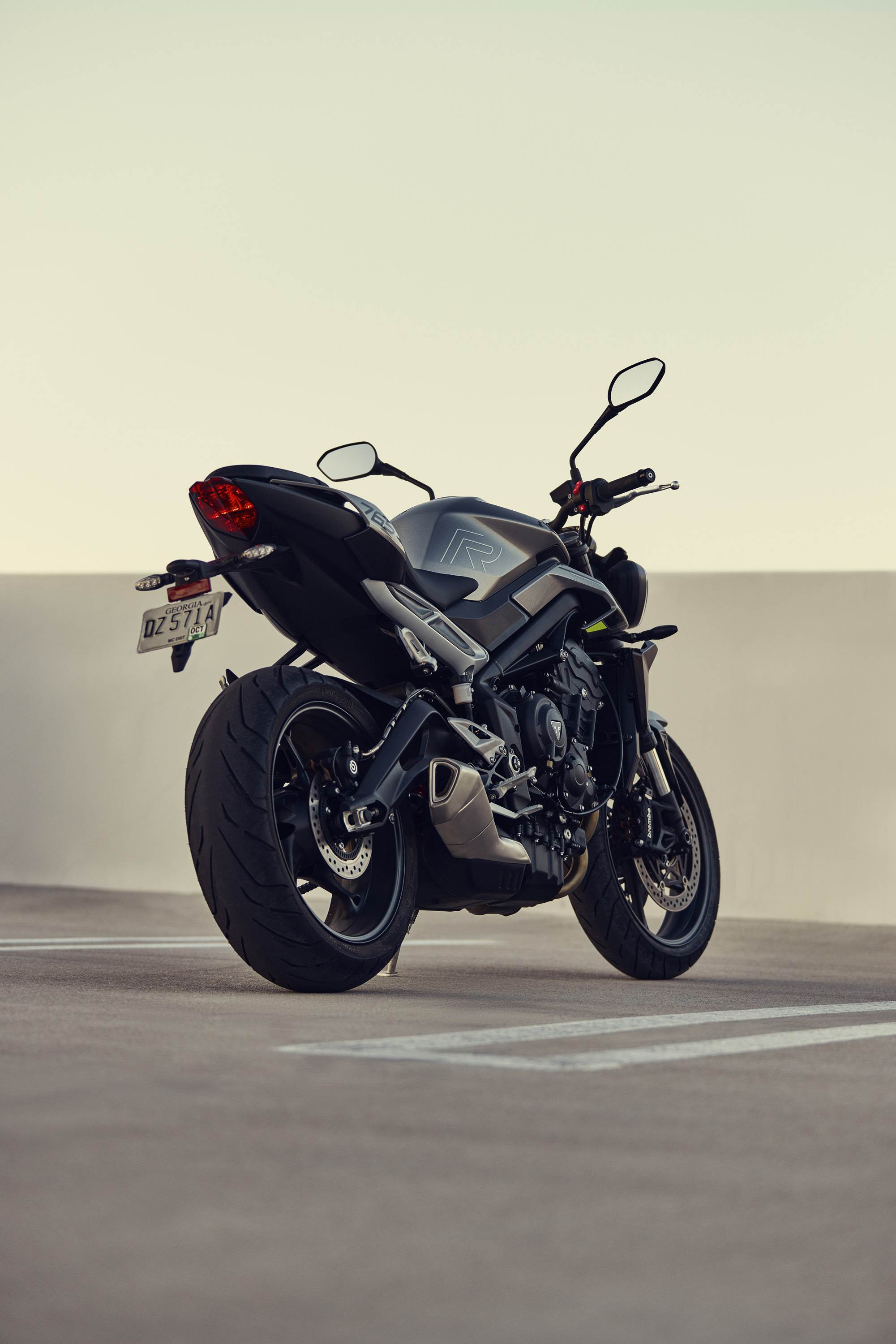 What do you think of the new Triumph Street Triple range? Let us know in the comments.