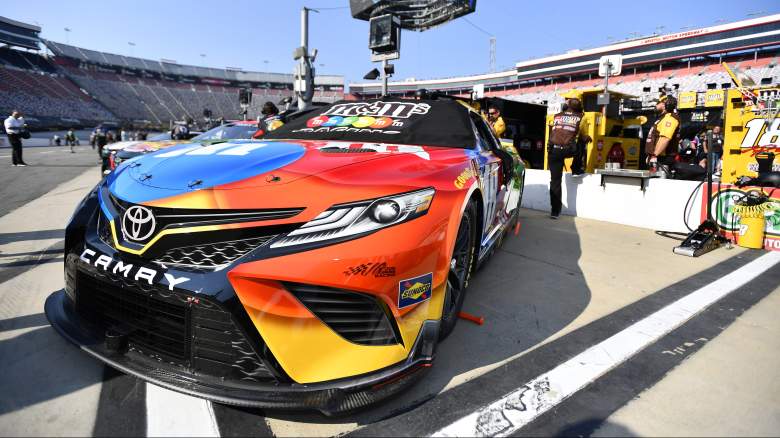 Two of Kyle Busch’s last three Cup Series races were marred by engine failures that contributed to his elimination from the playoffs. Now, Toyota has provided some reasons for these issues.

TRD USA President David Wilson provided some comments on this to NBC Sports. He explained that Busch had missed an upshift at Darlington Raceway, which caused him to hit the rev limiter. This contributed to the engine failure during the cautionary laps which took away a winning opportunity.

“We have some sort of instability in our valve train and it seems to be triggered by us hitting the NASCAR mandated rev limiter, which is quite interesting,” Wilson said. “He pressed hard on the rev limiter, and a lap and a half later his engine gave out. Now, just to be clear, our stuff needs to be durable enough. He should be tough enough to handle this.

“At Bristol, NASCAR miscalculated the gear ratio. It was too short. When Kyle, especially when he was running that top groove in fifth gear, he was hitting the rev limiter, almost every lap. The fact is that right now we just don’t have enough durability margin in our valve train.

Hitting the rev limiter directly contributed to Busch’s engine failures, but it’s not a problem limited to Toyota engines. Other automakers have encountered similar issues throughout the 2022 season, with Kyle Larson’s #5 Chevrolet Camaro serving as a notable example.

As Wilson explained, this is a new issue with the changes for the 2022 season. He said the shifting puts more load on the engines and NASCAR lowered the mandatory rev limiter by 9700 rpm to 9200 rpm. With today’s gear ratios, drivers hit the limit more frequently.

Wilson told NBC Sports that Toyota made modifications to all the engines before the trip to Texas Motor Speedway. Those changes will be in place for the remainder of the 2022 playoffs, but they were put in place too late for Busch to challenge for his third Cup Series championship. Instead, they will benefit Christopher Bell and Denny Hamlin as they stay alive in the hunt for the Drivers’ Championship.

There were strong comments about Toyota after the engine failure

Two engine failures for Kyle Busch on the first lap… with Toyota engines.@JoeGibbsRacing don’t even hide it anymore. A sad end to a very successful passage. Can not wait to see you @KyleBusch back in a Chevy, though.

When engine failure knocked Busch out of the Bristol race, there were a series of comments on Twitter. Many people began to allege that Toyota deliberately gave number 18 lower gear in response to his departure from Joe Gibbs Racing at the end of the season.

Wilson saw those comments and he took offense to them. He specifically told NBC Sports that people who believe in this “conspiracy” should “go back to trying to find the edge of the flat earth.” Wilson went on to say that losing Busch in the championship battle was a “huge setback”.

Regardless of these statements, there will always be strong comments on social media from those who believe Toyota and JGR have “deliberately” taken steps to knock Busch out of the playoffs. They will continue as the two-time Cup Series champion completes the final seven races of the season and tries to bring at least one more victory to the Toyota family.