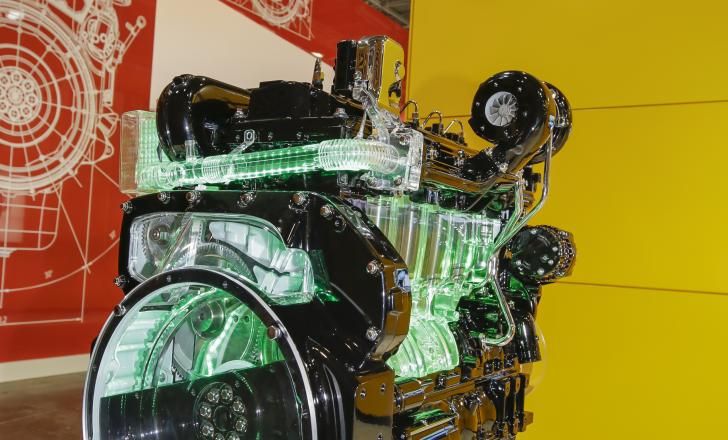 This internal combustion engine has no emissions

Let’s face it, cars are going green whether you like it or not. Due to the degradation of the environment to absolute desperation, the automotive industry, together with various laws, decided to make a difference. Every automaker has been weighed down with emissions targets, which if they don’t meet them would lead to capped sales. Eventually leading to bad finances.

Although the goal is a carbon neutral environment, we have more ground to cover for now, our mission is largely in its infancy. Judging by the way things are going, the end result is achievable although time, cooperation and infrastructure are important variables to consider.

Significant research has been carried out in the field of alternative energies and sustainability. As we become more familiar with electric vehicles and fuel cells, several interesting developments are occurring in the world of internal combustion engines.

We know how Porsche plans to save the dying race. However, it was JCB, a key player in heavy machinery, that envisioned a possibility of keeping engines emission-free. JCB’s new hydrogen internal combustion engine is a zero-emission alternative to electric vehicles and fuel cells.

That said, could this technology prove to be a saving grace for oil enthusiasts? Let’s find out.

Why can’t the Diggers go the electric vehicle route?

Basically, excavators and other types of excavators have more run hours than the average passenger car. In this video from Harry’s Garage, Lord Bamford, Chairman of JCB, mentions that passenger cars run an average of 300 hours per year. In contrast, a normal heavy-duty backhoe would have operating hours nearly 10 times that number. He adds that in countries like India, machines of this size operate at least 5,000 hours a year. This is mind boggling considering that an entire year consists of 8,760 hours!

For electricity to run industrial equipment for at least 8 hours, many more batteries will be needed. Not only will this skyrocket the costs involved, but the transition will add a ton of complexity and increase the overall weight. This will hamper efficiency and make the whole exercise virtually useless. Remember that JCB also has many working electric and fuel cell machines. So, it’s not like they aren’t trying.

For comparison, a 20 ton excavator would cost you around $ 200,000, which when electrified would lead to a price difference of around 130%. That’s almost half a million dollars spent on a machine that’s basically part of an industrial park. Lord Bamford also mentions that many of these diggers are bought by people who make a living from buying. If electrifying them increases the price astronomically, how will an average gentleman seeking employment afford such a machine?

RELATED: Check Out These Weird Alternative Fuels For Vehicles

As they say, necessity is the mother of invention. JCB was struck by the zero emission problem without sacrificing horsepower and cost of ownership. This led the engineering team to develop an ingenious solution. Currently, JCBs run on diesel and by modifying the engine slightly, engineers were able to run it on hydrogen.

The modifications reported by Chief Engineer John McCarthy involve modifications to the cylinder heads and the ignition system. This was implemented primarily to accommodate the transition to Spark Ignition from Compression Ignition. Not only does the setup continue to use familiar components, but refueling times are the same as any conventional fuel. Added to this is little or no increase in ownership and maintenance costs.

One of the inherent disadvantages of a hydrogen ICE is the production of various nitrogen oxides or NOX. It turns out that the reason is the high operating temperatures. Engineers have found a clever way to get around this problem by running the engine on a lean mixture of fuel. Hydrogen for a given mass has 3 times the energy density of the diesel equivalent. This allowed the team to achieve the same torque figures without running the engine too rich. Another way to get rid of NOX is selective catalytic reduction, common in diesel engines today.

Will this technology end up in passenger cars?

Lord Bamford had little additional guidance to support internal combustion engines. Since batteries use rare earth minerals, availability will only decrease over time. This could lead to more expensive batteries unless new technology is developed. Additionally, electric vehicles are generally on the expensive side of the spectrum. Conventionally powered vehicles remain the cheapest, although a polluting alternative. If one installs a hydrogen engine, the vehicle is slightly more expensive but becomes emission free. Kill two birds with one stone.

Now it’s not that easy we might add. As electric vehicles become a trend and more government incentives favor electricity than hydrogen, widespread adoption could still take time. In addition, hydrogen is not yet a clean fuel. However, several industrial scale electrolysers are manufactured all over the world, so it is only a matter of time. Passenger cars could end up with a hydrogen engine, as Toyota took care of developing one. Nonetheless, if the technology spreads, the internal combustion engine will likely stay with us for a very long time.

Here are the advantages that hydrogen could have over electricity

There is a good chance that one day hydrogen will be better than electricity.

A relatively naive guy in all aspects other than cars. Since he was little, cars have fascinated him so much that he only eats when there is a magazine next to him. Even though the understanding was a bit far-fetched, the images were the focal point. A few years later he obtained a degree in automotive engineering and now deals with everything automotive related.