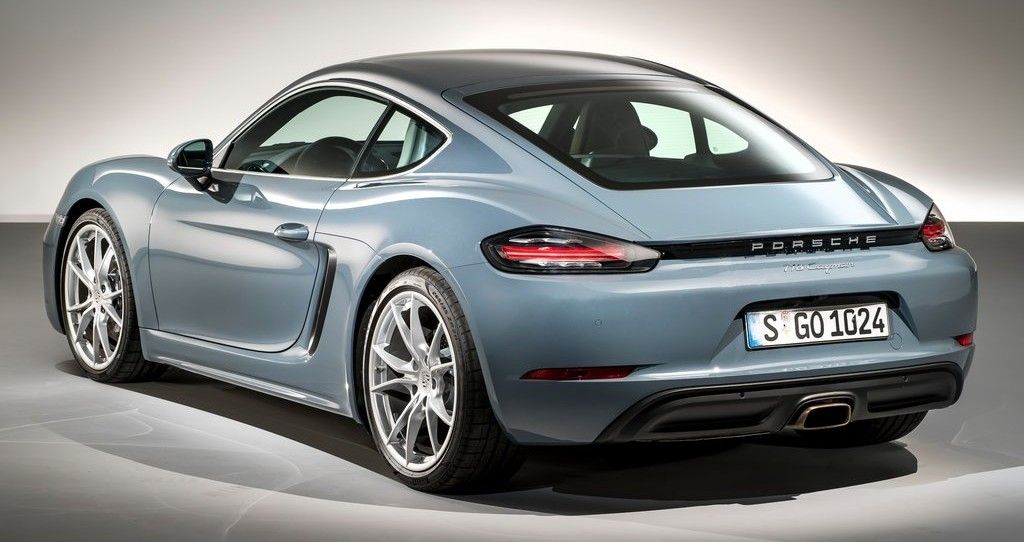 The Porsche 718 Cayman has a badass 4-cylinder boxer engine

For some, the Porsche 718 Cayman is the poor man’s 911, but we disagree. It’s an entry-level sports car that gives you the unfiltered driving experience of a Porsche. In fact, it’s so talented that it could take on the 911 – and with a good driver behind the wheel – lap the circuit faster than its rear-engined sibling. However, after switching to turbocharged 4-cylinder engines, there was gossip.

Enthusiasts weren’t too happy with the “softened” soundtrack, meaning the 981’s flat-six still rings in their ears. You can still have the flat-six, but only on the GTS, GT4 and GT4 RS, leaving the Cayman, Cayman T and S with the flat-fours. True blue shifter drivers still think the entry-level Cayman, with a manual gearbox and the smallest wheels of all the options, ticks all the boxes when it comes to performance and comfort.

The Porsche 718 is one of the best driving cars

The 718 Cayman just brings a buyer closer to Porsche ownership, but don’t confuse that with being less capable than other Caymans in the lineup. It’s not an affordable car, but it’s cheaper than the others in the range. That said, by the time you digest the fact that it’s the best-handling sports car of all time, there would be no more need for convincing. The 718 Cayman and Boxster share the same fundamentals.

The introduction of the new 4-cylinder boxer engine also resulted in better efficiency. The base Cayman and Cayman T feature a 2.0-liter turbocharged flat-four, producing 300 hp with either a 6-speed manual or an optional 7-speed PDK dual-clutch automatic transmission. Whichever gearbox you choose, you’re going to have a blast. Then there’s the Cayman S which comes with a 2.5-liter turbocharged flat-four that develops 349bhp, mated to the same gearbox options as the standard Cayman.

Porsche’s 718 Cayman is designed to be fast

The 718 Cayman doesn’t have the iconic 911 silhouette, but it doesn’t have to, because it’s an icon in itself. Porsche mid-engine icon. The Cayman has been around for nearly 20 years and its shape is unmistakably Porsche. There is nothing disproportionate in this; the design is still friendly and the smoked taillights give it a refreshing look from the rear. There isn’t much of a visual difference between the Cayman and the Cayman S, but the Cayman T gets unique graphics and a different wheel set, plus twin exhausts from the Cayman S.

The interior of the Porsche 718 Cayman is sporty

Being a mid-engine sports car, functionality isn’t something you’d expect, but practicality the Cayman is. It has front and rear storage areas that swallow small suitcases and large shopping bags. The rear deck, above the engine, can be used to store something small. Ergonomically, the Cayman does not lack. In fact, it impresses with quality and the riding position is such that you sit low to the ground. Everyone wants to sit this low in a car, except someone who buys a Cayenne or a Macan. The steering is a knockoff of that of the 918 Spyder, and the raised gear lever couldn’t have been better positioned. The materials, build quality and finish are spot on, and there are plenty of features to spec out your base Cayman.

The turbocharged flat-four engine is perhaps one of the best four-cylinder engines in the world. It guarantees the driver optimum performance of the engine, without forgetting that it must be fuel efficient. The integration of a turbocharger was also intended to significantly increase torque. The 2-liter engine produces 280 lb-ft of torque, making it rich in torque, compared to the previous 981 Cayman flat-six engine.

Flat-fours also sound distinctly different from all other turbo engines. Porsche clearly states – and this has also been proven – that the 718 is faster than the previous 6-cylinder engine, from 0 to 100 km/h. The 2.5-liter boxer engine powered by the 718 Cayman S is said to have sped the Nordschleife in 7 minutes and 42 seconds, making it far faster than any 981 flat-six of previous years.

Deeper into the Flat-Four of the Porsche 718 Cayman

Cutting two cylinders created a bit of controversy among Porsche purists, but the two flat-fours were definitely better. Despite having a different displacement, the only difference in the 2.5-liter engine was the larger cylinder bore and a different turbocharger. The base 2.0-liter flat-four shares its 91-millimeter bore and 76.4-millimeter stroke with the 3.0-liter flat-six, but its pistons are a bit taller. Both flat-fours and flat-sixes share a few components like connecting rods, timing chain, camshaft phasing mechanism, fuel injectors, vacuum pump, camshaft bearings , alternator and piston rings, among others. Even the flat-four crankcase features the alloy and casting technique of the flat-six. An excellent engine that clearly does not get the appreciation it deserves.