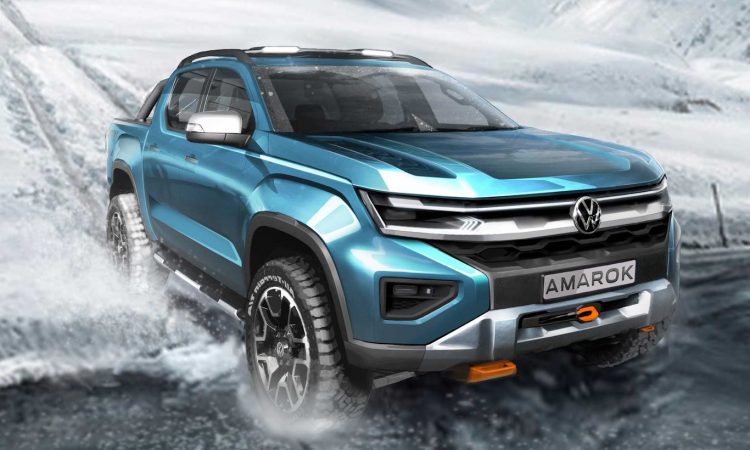 Volkswagen continues to entice van enthusiasts with more teasers of the next-gen Amarok. It is expected to be developed this year in partnership with Ford, which also gave birth to the new generation of the recently introduced Ranger. Confirmation is now that the V6 will still be available in the Amarok, but for now it will be a Ford.

It’s the turbocharged V6 from the F-150 that will actually be loaned to the next-gen Ranger. Ford has not yet revealed the mechanical characteristics of this engine, in particular if it will be reduced in power compared to what is used in the large pickup. The aim, however, is to surpass the 272 hp and 59.1 kgf m engine of the current VW Amarok V6.

There will also be a 2.0-litre four-cylinder turbo diesel and a twin-turbo diesel for the Ranger and Amarok. Volkswagen is unlikely to use Ford’s EcoBoost 2.3 four-cylinder petrol engine, as it will be sold in markets that favor diesel. The transmission on all trims will be a 10-speed automatic like the Mustang.

Another surprise revealed by Volkswagen, the Amarok 2023 will grow by 10 cm in length, reaching 5.35 m. The width will increase from 1.95m to 1.99m to help expand interior space and give more volume to the mid-size German pickup.

The new image published by the brand, however, does not show this increase. Additionally, snow in the outline covered the taillights, while the truck’s towed trailer hides most of the rear changes. Thus, this remains the only mystery about the appearance of Savero’s older sister.

>> The 5 biggest lies you’ve been told about cars