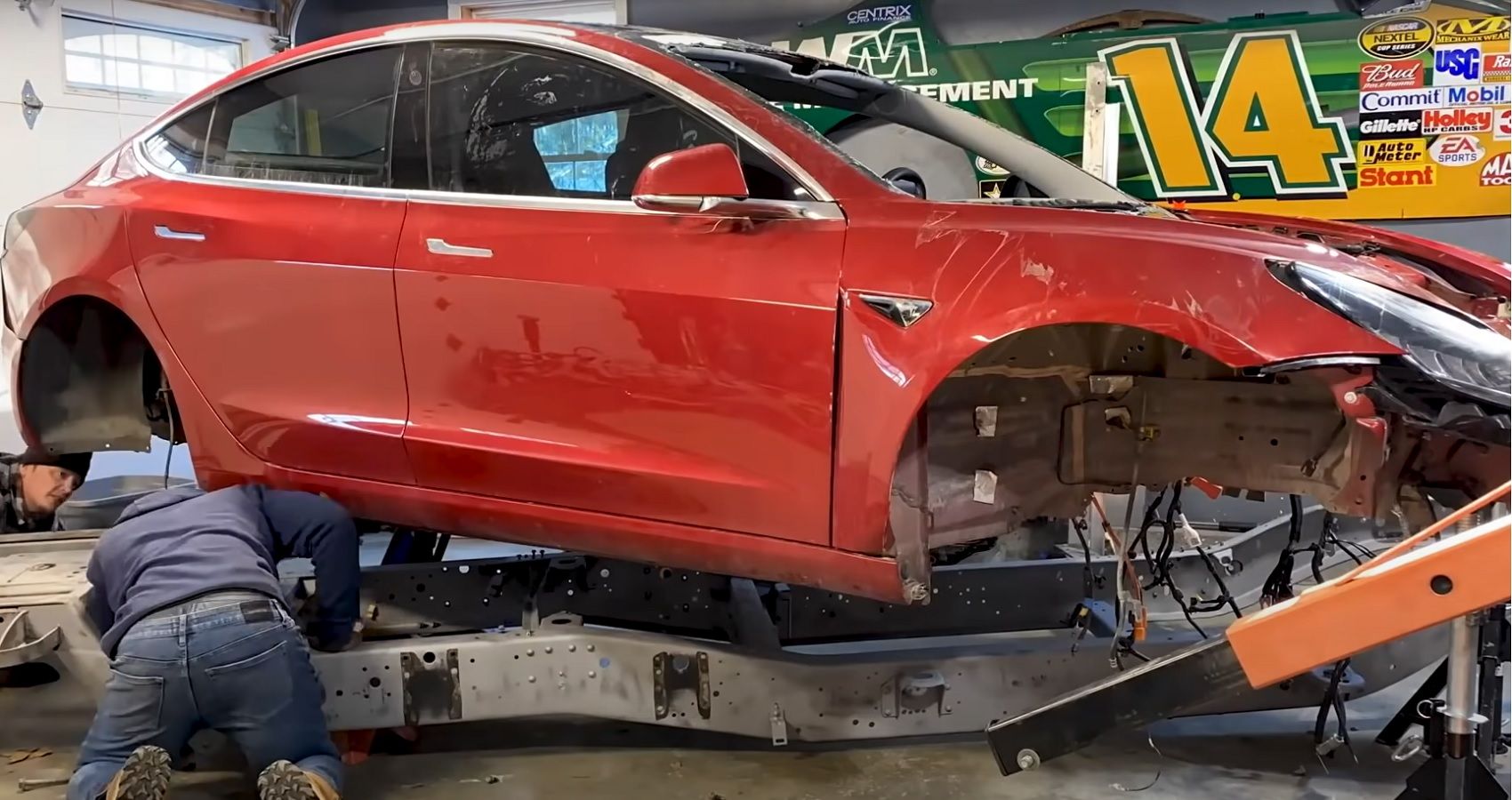 If you’re a fan of EV technology, there’s no getting around the dominance of You’re here in the electric vehicle market. Due to this popularity, car enthusiasts and YouTube channels are modifying the world’s best-selling electric vehicle for clicks and views. A popular modification of Teslas is a complete engine swap, such as the Chevrolet LS V8 engine.

As the world shifts more towards electric vehicles, a popular scenario is swapping Tesla EV powertrains for other vehicles, like a Ford Mustang.

With that in mind, other YouTube channels take a different approach to Tesla trades. Instead of putting electric power into another vehicle to make it cleaner, YouTube channel Rich Rebuilds is transplanting a dirty Cummins diesel engine from a truck into an electric vehicle.

Even though many consider diesel technology to be the dirtiest engine choice, manufacturers are still introducing innovations in diesel engines. While the Volkswagen Group “dieselgate” scandal is still fresh in people’s minds, diesel technology has a negative stigma to overcome, especially in the United States.

If you’re a fan of old-school diesel engines, Rich Rebuilds strikes again with one of the unique engine swaps in a Tesla in the form of a Cummins turbo diesel engine. In his YouTube video, a Tesla Model 3 pulls a diesel engine out of a bread truck to become the world’s first Tesla Model D.

RELATED: Why Rich Rebuilds Wants to Put a Cummins Diesel in Tesla Model 3

The reason the old Cummins diesel came from a Wonder Bread brand bread truck was for several reasons. The first reason is that these older Cummins engines are cheap and easy to find.

The second reason is their simplicity. Newer diesel engines have a lot of electronics that can cause problems, which Rich tries to avoid. Finally, this older Cummins diesel is available with a manual transmission.

Rich plans to turn the Model 3 into some sort of true truck/sedan hybrid with the ability to tow. With the build far from complete, Rich made excellent progress removing the Tesla battery. It will be exciting to see the finished project once completed.

While this Tesla Model 3 diesel swap is probably one of the most unique, other diesel swaps are far more popular. If you’re interested, you can swap an oil burner into almost any car if you have the budget, of course. Some popular diesel swaps include a Honda Insight, an IROC Z Camaro and a Chevy Chevelle.

If that’s what you like, you might want to do it now before diesel becomes a thing of the past.

Nick Hazleton is a blogger, internet marketer and musician. He has extensive experience owning and driving many fun and sporty vehicles, including several Mustangs, BMW M3s and even some exotic cars. He currently drives a 2014 Mustang GT 6-speed manual (#savethemanuals) with the track package and Recaro seats. In his spare time, he usually watches The Smoking Tire or Doug Demuro on YouTube.

Garage 54 Sort Of manages to make a half-petrol, half-diesel engine