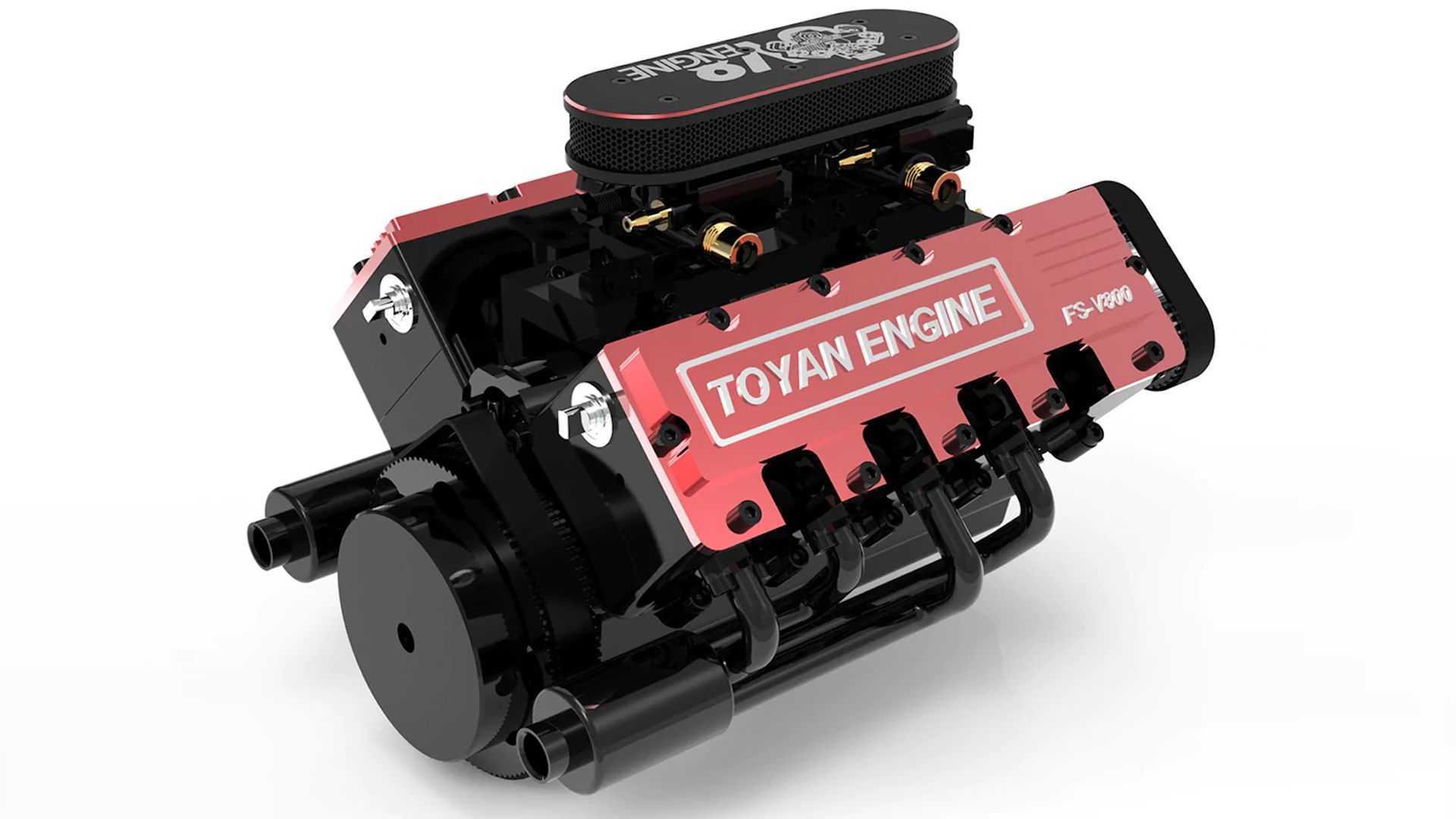 The V8 engine is probably the most popular engine configuration, mainly because it has been around for decades.

However, if you wanted to build your own V8 powered remote control car, your choices for a V8 engine model are slim and most of them are expensive.

Toyan, a company known for making scale model engines, has released a relatively affordable V8 engine. Currently selling for the promotional price of $1,799.99 at Stirlingkit, the Toyan FS-V800 can be purchased as a DIY kit or as a pre-assembled 1/10 scale version. The video at the top of this page gives you an overview of assembling his DIY kit.

The small Toyan V8 engine has a 90 degree cross-type crankshaft structure, found on most V8 muscle cars. If you are looking for a version with a flat crankshaft, like the one used on the Corvette C8 Z06, unfortunately there is none at the moment. Toyan will release more versions of this V8 in the future, so that’s a possibility.

In terms of fuel, the Toyan V8 model factory consumes nitrofuel (or nitro). At present, this is the only fuel choice for this small engine, although this should not be a problem given its ease of market availability.

The V8 scale model engine uses a twin-carburetor configuration. It also has mixed splash lubrication and no independent lubrication system. It is water cooled, so there is a built-in mechanical water cooling pump. However, the starter system is not part of the kit, but you can buy one from Stirlingkit for $299.99.

The Toyan FS-V800 is a perfect V8 engine for a 1/7 to 1/5 scale RC muscle car. The company doesn’t have a frame for this model motor yet, so you’ll have to modify one yourself if you plan to build a kickass RC car.