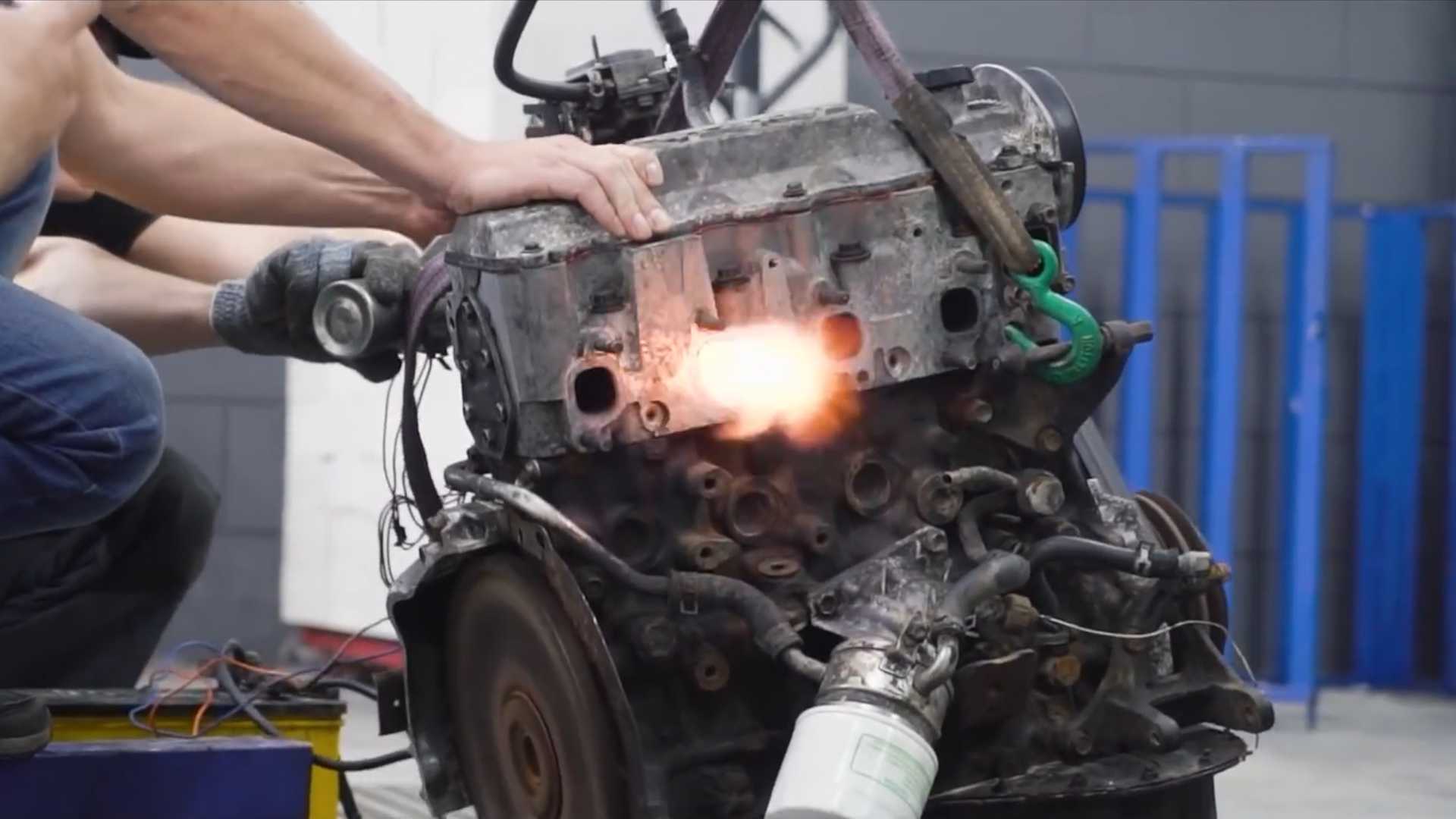 Diesel and gasoline engines are very different, although they work the same at a very basic level. However, their differences are marked enough that the fuel of one cannot feed the other. Or it usually is. A new video from Russian YouTube channel Garage 54 shows the store trying to defy the laws of automotive engineering and run a Toyota diesel engine on regular gasoline.

But it is not an easy undertaking. Gasoline and diesel burn differently in the engine, which means Garage 54 has to significantly modify the engine. One problem is the compression ratio inside the combustion chamber, which is far too high in a diesel engine for gasoline. The first order of the day began with dismantling the engine, cleaning the parts and measuring the combustion chamber. The crew lowered the compression ratio by shaving the pistons and making other modifications.

Once the modifications were completed and the engine reassembled, it was time to perform the first test. They attached the battery, added fuel, and turned on the ignition. The engine cranked on the first try, and while it didn’t run smoothly at low revs, it cranked up without a hitch and seemed to run just fine – or as well as expected. However, the effort should be seen as a complete success, even though it took some significant changes to make it all work.

This internal combustion engine has no emissions

Engineers attempt to convert diesel engine to run on gasoline