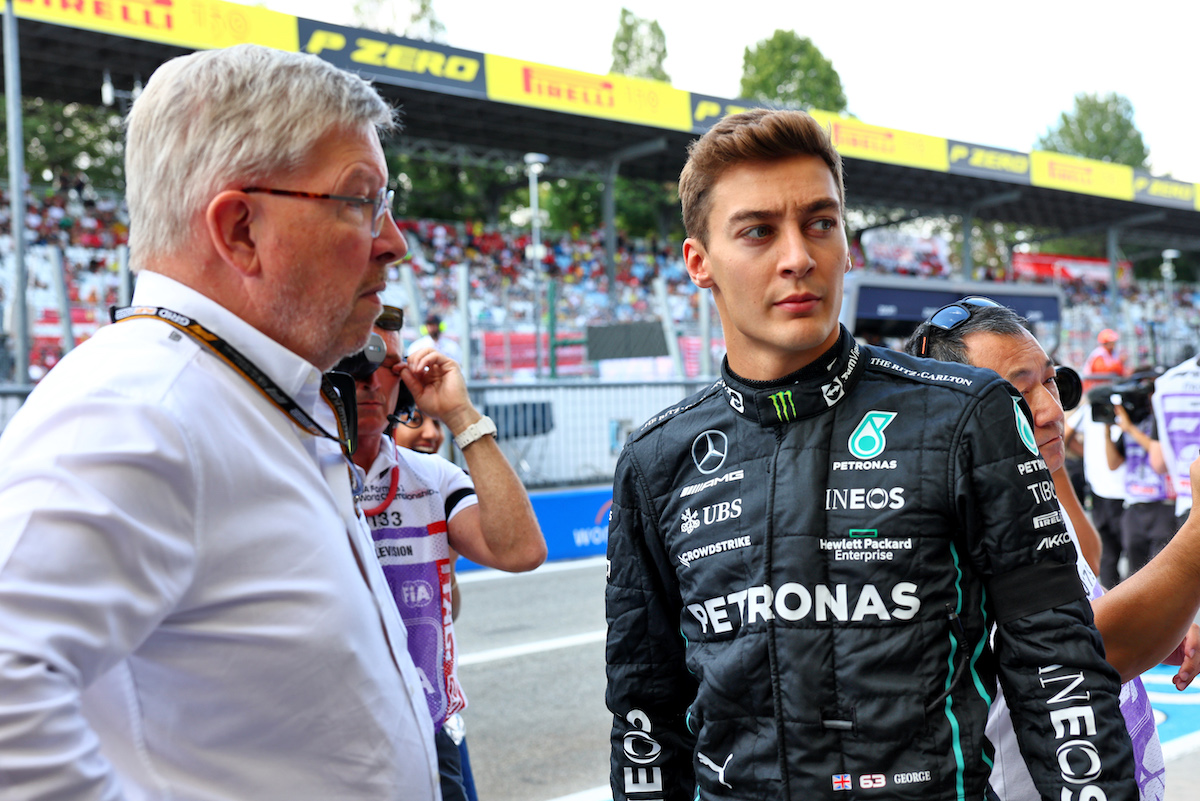 George Russell has suggested that Formula 1 will have to rethink the way it imposes penalties for overrunning power unit components in the future.

Drivers are currently only allowed to run a certain number of power unit elements in a season – and if that number is exceeded they are hit with a grid penalty.

The FIA ​​has steadily reduced the number of permitted components over the past few years as turbo-hybrid units have been developed.

But ahead of Saturday’s qualifying session for the Italian Grand Prix, nine drivers were sanctioned for the Monza race for exceeding the quota.

Amid a period where F1 is pushing for a sustainable future, Russell responded when asked if the grid penalty system was bad for F1: “I mean it’s a double sword sharp.

“We try to be more sustainable in F1, reducing the parts and engines we use over the course of a season.

“With more and more races, we have three engines to take us through 23 races, running flat out on one engine.

However, due to penalties for the drivers ahead of him, Russell will be promoted to second place for the start of Sunday’s race alongside Leclerc.

“We don’t deserve to start P2 after today’s performance,” he said. “It was another frustrating session because we couldn’t get the car into that sweet spot.

“FP1 the car felt good, in FP2, FP3 significantly worse. In Q1, the car behaved well, [we were] a few tenths of Ferrari.

“Q2 was worse, Q3 was worse. But ultimately, that has been a theme this season. By fielding the P2 we will have a faster race car, probably not fast enough to fight Max, potentially Charles.

What makes the engine-driven hydraulic power pack a great choice?