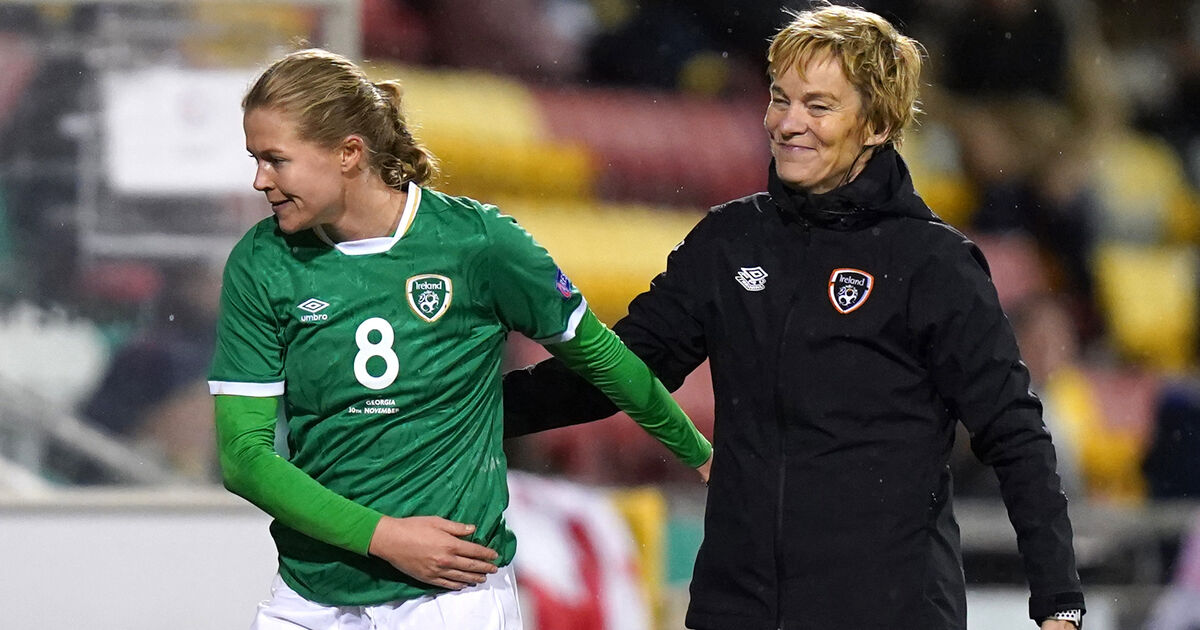 It always helps to have a Rolls Royce in the engine room, and for the Republic of Ireland last night it was Ruesha Littlejohn who provided the much-needed control from the middle of the pitch.

It was the Aston Villa midfielder’s composure in these early stages that helped shape what turned out to be a record breaking performance.

Never before have Ireland scored 10 times in an international match. They did it here with a few minutes to spare, substitute Amber Barrett scoring the historic goal before Megan Connolly could score in added time to add an 11th.

At this point, Ruesha the Rolls was able to stand up and enjoy the cruelty like everyone else.

She didn’t even have to find the best material to impose her class on what was her first start of this qualifying campaign.

On this evidence, this should not be his last.

Even if Georgia – the worst team in the group, who have yet to score a goal – won’t offer the most severe test of anyone’s credentials, the manner in which Littlejohn’s awareness and use of the ball, born in Glasgow, have inspired the confidence of those around her should not be discounted.

Especially after such a rambling performance against Slovakia last week.

One night when Denise O’Sullivan scored a sublime hat-trick and Katie McCabe scored a brace, it was Ireland’s fourth goal that summed up their dominance. And also the ease with which the experienced Littlejohn dictated the game throughout.

Her night ended in the 67th minute when she was replaced by Ciara Grant and by then the points were assured.

It was right on the stroke of half-time when the ball slipped past him in the middle of the field. She took a neat touch to put the pressure on, brought the ball away and, with the two closest Georgian bodies doing little to challenge, Littlejohn slid through the gap to pull off a neat cross for the waiting for O’Sullivan to type in the first of his treble.

It was a rare occasion when Littlejohn felt the need to break through in the final third.

Until then, she had kept it simple, delivered quickly and kept Ireland on the front foot by dictating the game with sharp changes of play on each flank.

From there, Captain McCabe was lethal on the left while on the opposite flank Lucy Quinn, with the energetic and impressive Jessica Ziu supporting from the right, offered the width that Georgia just couldn’t handle.

By the second minute it was clear Georgia were there to take as long as Ireland were able to right the wrongs in Slovakia’s draw by moving the opposing defense out of position with crisp passes and matching movement.

Littlejohn sent a precise ball to McCabe, who in turn managed to spin O’Sullivan towards goal before she passed for Kyra.Carusa had just a little too much weight on it to allow her to score on goal.

Vera Pauw’s message during the preparation was simple: Ireland had to win.

What would have been considered a relatively straightforward mission turned out to be a bit trickier after Slovakia got out of hand.

The manner in which those points were lost added to the concern, with a lackluster performance from Ireland requiring McCabe to save a point.

On the back of what appeared to be that major missed opportunity to take control of a jump-off spot, there was no room for error here.

Throw in the rain and high winds that batter Tallaght Stadium from the mountains of Dublin and perhaps the more pessimistic would consider the elements conspiring to help bring about a shock.

Then the match started.

All of those dark and ominous thoughts dissipated as Ireland took matters into its own hands.

Ireland had a two-goal lead after 21 minutes, had four goals at halftime and there had been no respite after the break.

O’Sullivan put in a superb effort into the top corner in the 58th minute before completing his hat trick four minutes later with a skillful header from McCabe’s perfectly stolen cross.

McCabe and O’Sullivan were the pair that played in the final third, with the skipper setting the example with a range of set pieces and free play, deliveries.

But it was Ruesha the Rolls that helped Ireland purr.