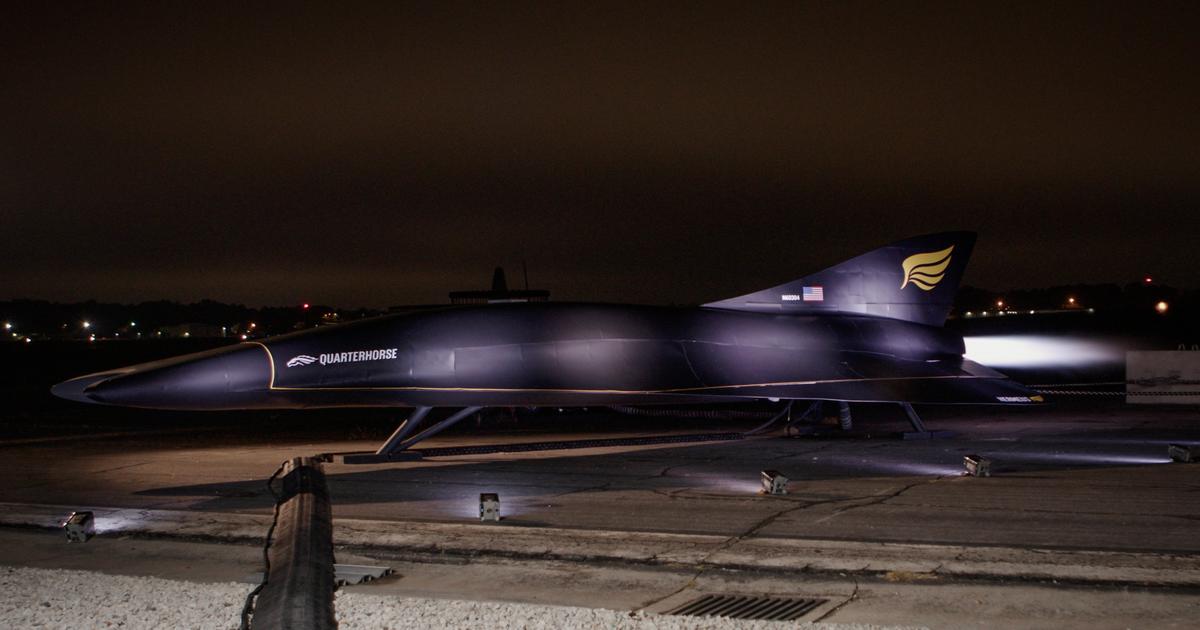 Aerospace start-up Hermeus recently unveiled a full-size, partially functional mock-up of its highly-contoured, delta-winged Quarterhorse hypersonic aircraft to an invited audience of investors, military and government officials, and others.

Normally, when a model airplane is deployed, it is usually only a 1: 1 scale model made of fiberglass with nothing inside except structural support. However, the Quarterhorse mockup is different in that the builders indulged in a bit of drama by installing a test engine that was started and cranked up to maximum afterburner at the highlight of the unveiling.

Founded by former SpaceX, Blue Origin and Generation Orbit members in 2018, Hermeus is working under a US $ 60 million US Air Force contract to build and test a prototype hypersonic demonstrator in titanium. Called Quarterhorse, the new aircraft is expected to fly at speeds above Mach 5 and have a range of 4,600 miles (7,400 km) using a combined cycle turbine engine (TBCC) built around a commercial GE J85 turbojet.

Similar to the powerhouses of the famous SR-71 Blackbird, TBBC engines use a conventional turbojet to accelerate to a speed high enough that a ramjet or scramjet ignites when the craft climbs to hypersonic speed. The difficulty is to design the engine so that the turbojet does not sit there and produce drag while the aircraft is in supersonic or hypersonic mode.

According to Hermeus, building the Quarterhorse mock-up was not just about making a prop, but was also an exercise in multidisciplinary design, manufacture and integration of complete systems. A flying prototype is expected to take off by the end of the decade.

â€œWhen an aerospace company typically unveils a new aircraft, it’s nothing more than styrofoam and fiberglass,â€ says Skyler Shuford, COO of Hermeus. â€œBut at Hermeus we’re moving towards integrated products. And we really, really love to make fire. We designed, manufactured and integrated the aircraft, from nothing but an outer form, in four months. . “

The video below recaps the unveiling ceremony.