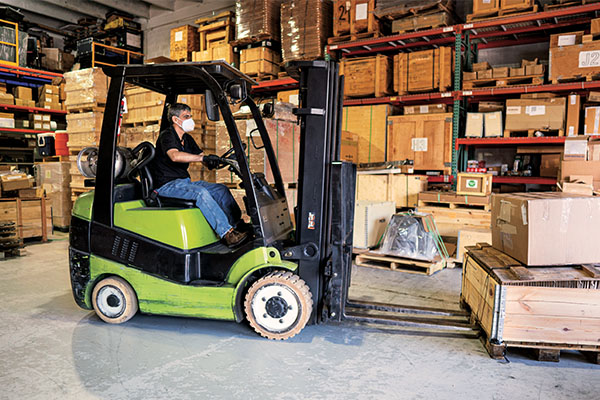 PERC Analysis – “Fork(lifts) in the (Off) Road: Should We Ban Internal Combustion Engines for Electric?” – compares the lifecycle emissions profiles of propane and electric forklifts, including carbon dioxide (CO2) and nitrogen oxide (NOx) emissions. 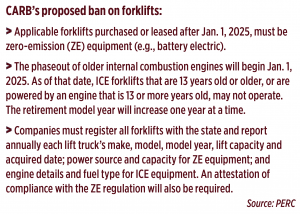 According to PERC, the analysis was performed using available certification emissions data from the Environmental Protection Agency comparing lifecycle CO2 and NOx emissions between propane-powered forklifts and electric.

“Electrification is often touted as the only solution to full decarbonization, but people too often forget how electricity is generated, stored, transmitted and consumed,” says Gokul Vishwanathan, report author and director of research and PERC durability. “A single energy mandate is neither sufficient nor realistic, and the truth is that propane and renewable propane can lead to an immediate decarbonization of this sector. 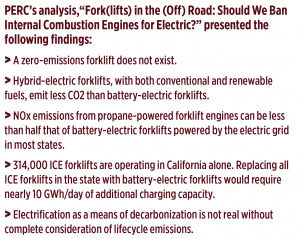 “It would be safe to say that California’s goal is unique: to force widespread adoption of electric forklifts to eliminate all internal combustion variants,” says Jeremy Wishart, director of technical communications at PERC.

The analysis concludes that the co-optimization of engines and fuels is key to achieving decarbonization. The development of high-efficiency engines, renewable propane, and blends of propane and renewable dimethyl ether also offer solutions.