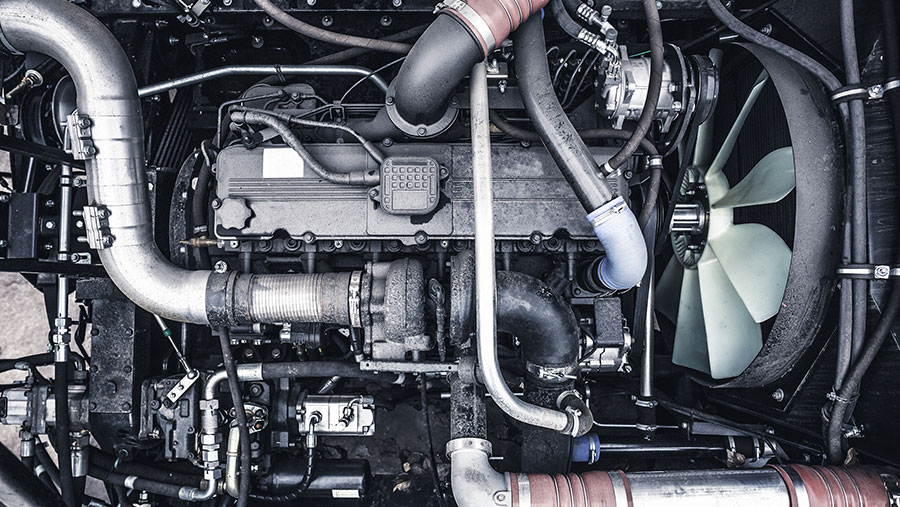 Opinion: Can the internal combustion engine be improved?

It’s the year 2050. Every barn in the country has a photovoltaic roof, every farm has a turbine transforming the power of the wind, and the fields come alive with the hum of armies of ant-like robots.

This vision of an electric-powered agricultural utopia has become popular over the past decade, but it remains nearly as whimsical as ever.

Rather than focusing on electricity as the primary means of net-zero propulsion, government ministers might find the quickest, simplest and most effective answer right under our noses – and under our hoods.

Oli is the machinery editor at Farmers Weekly – a section that covers product testing and user reviews, the latest news in the world of agricultural technology, highlights from the biggest show events and in-depth analysis. everything related to agricultural machinery.

Despite explosive headlines to the contrary, the ubiquitous internal combustion engine may be just as important in the future as it is today.

It seems foolish to abandon something that has made such an immeasurable difference in global food production.

It is efficient and reliable, and is able to deliver abundant power and torque in places with no infrastructure. For those with a mechanical brain and a decent set of tools, it’s also relatively simple to repair and maintain.

For proof of its relevance, look no further than the used tractor market, where the most desirable 20-year-old models command prices close to their original values.

Ironic, really, that in the grip of suffocating emissions regulations, there’s an overwhelming clamor for pre-AdBlue tractors being freed from the chains of dealership laptops and the burden of expensive emissions systems.

Internal combustion is the superior technology, and according to current evidence, no fleet of electric machines will compete in terms of performance, price or reliability.

Batteries are slow to charge, heavy and expensive, and can store relatively little energy.

It’s not a problem for routine, stop-start chores around the yard, but high-powered tractors, forage harvesters and combines employed on long, gas-guzzling jobs can’t be powered on a diet of sandwiches. with cucumber.

Electric vehicles are also not as clean as they claim. Extracting the resources needed for an EV powertrain is carbon intensive and production in some countries relies on coal, meaning many electric cars will need to travel tens of thousands of miles to reach carbon parity with a car with a conventional engine.

It’s no surprise, then, that most credible agricultural alternatives use the tried-and-true internal combustion engine – albeit with a few modifications.

The simplest answer, in theory, is to increase synthetic fuel production. It is effectively carbon neutral and can be distributed and stored using existing infrastructure.

Hydrogen combustion is being pushed by Deutz and JCB, both of which have built prototype gas-injected, spark-ignition engines that offer diesel-like performance (minus carbon dioxide emissions).

Britain remains slightly behind in hydrogen rollout, but the recent Energy Security Strategy pledged to double the low-carbon generation target by 2030.

And just last week JCB chairman Lord Bamford jockeyed with the Department for Transport to seek greater recognition of the potential of hydrogen in off-road machinery.

Methane propulsion is even more advanced, both in terms of available machinery and infrastructure.

Take the work of Cornish firm Bennamann, for example, which now has a way to capture and convert bubbling methane from slurry lagoons, thereby simultaneously reducing emissions and providing a source of energy.

The gas, an unwanted by-product of agriculture, is estimated to have an 86% greater global warming potential than carbon dioxide, but it is energy-dense and, in the new T6.180 Methane Power from New Holland, there is a production-ready tractor to exploit this.

These two examples provide compelling evidence that the internal combustion engine still has a lot to offer. The battery-powered agricultural robot revolution may have to wait.