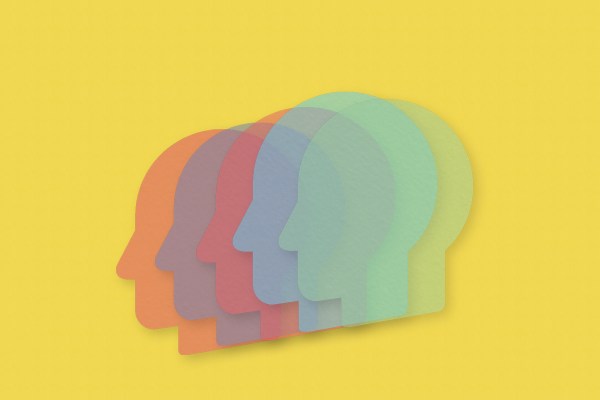 Digital health has come into its own during the Covid-19 pandemic, giving people a socially distant way to use apps, smartphone cameras, wearables and web services to connect with doctors and manage many other tasks that previously would have required attending in-person meetings. It opened the door for a number of other online tools to enter the conversation with the promise of giving users not just a direct replacement, but potentially better service than they might have experienced without it. In the latest development, a startup called Nayya Health – which has built a recommendation engine to help people choose benefits, as well as an RPA-like digital assistant to help users navigate the sometimes complex waters of administration of insurance, clinics and the workplace when claims do must be made – closed a round of $ 55 million.

The Series C round is led by ICONIQ Growth (the VC that makes subsequent investments on behalf of a number of family offices for top tech leaders such as Chan Zuckerberg), along with Transformation Capital, Felicis Ventures and SemperVirens also participating. Iconic, Felicis and SemperVirens are all existing backers, while Transformation is a new investor with this round. The startup has been on a fundraising tear for the past year, a mark of its service’s growth during Covid-19. Since we covered a seed round for Nayya in July 2020 — five months after what became a pandemic and global shutdown — the startup has gone on in 2021 to raise two more rounds totaling $48 million.

Sina Chehrazi, co-founder and CEO of Nayya, gave me a relatively wide range for the current valuation in an interview, between $500 million and $750 million. The company, however, confirmed that it had doubled its valuation since the last round, when PitchBook was estimated to be around $235 million, which puts the true number now likely closer to $500-600 million.

These numbers, given that they’re just paper valuations, are more useful as a marker of Nayya’s growth than telling the full story of the startup. Chehrazi tells me that he and co-founder Akash Magoon (who is the CTO) created Nayya to fill what they saw as an information void in the healthcare industry, particularly in the privatized US system.

Last year, he said, some 600,000 people filed for bankruptcy due to health issues, meaning they were crippled by costs and struggling to manage them. “And a lot of them, 63%, had insurance,” he noted. Part of the problem is the lack of information about how to get the most out of a policy, combined with skyrocketing health care costs.

“We live in a world where if you go to a hospital on the right or left side of a street, you might pay a different amount for the same procedure,” he said. “People can’t understand their healthcare on the best days and struggle to use it on the worst days.”

While he recognizes that much of this is also institutional and should be put at the feet of lawmakers, while this is being worked out, Nayya’s approach, he said, is “srelieve pain today, by helping people choose the right plans and use them.

Lawmakers still have a long way to go to make health care affordable and usable by more people in the United States, but they have already taken steps to make it a legal requirement for clinicians to be more transparent about costs and patient data, and that provided an entry point for companies like Nayya (and other health tech companies) to leverage that for its algorithms.

Nayya’s algorithmic match-recommendation-RPA engine is used by individual consumers, but its customers are employers, who contract with the company to provide its engine (and app) to its employees for both help determine the benefits they should receive, based on their medical history and other factors such as existing doctors and networks they are in; then, when complaints are made, it also helps those people understand how to handle them to get the most out of those exchanges.

More recently, Chehrazi said Nayya has also contracted with insurance companies, which larger employees rely on to provide more transparency to employees as part of their service package.

More importantly, he said Nayya had no plans to become an insurance company herself, describing the company’s role as more akin to a ‘turbo tax’ for managing benefits , here to help and earn money with this one service. (It contacts as B2B and charges a flat monthly fee per user regardless of how often the service is used, so there are no incentives built into the model to encourage more or less usage.)

At the basic level of growth per user, the company has seen revenue grow 7x since last year and will grow another 3x this year, Chehrazi said. He does not disclose the number of clients, but said he works with both large companies and companies with as few as 50 employees. It will also over time launch a product targeting freelancers and sole traders who may want to use its referral system – although it’s unclear if it will be sold through the companies where these people contract to work. , or directly to these people.

Over time, Nayya has expanded into more than healthcare by providing referrals and administrative assistance for other employee benefits organizations provide, including life insurance, financial planning (for around pensions or for those who use their salary to regularly pay off student loans), and ancillary services such as mental health and well-being.

“We believe Nayya’s exceptional growth and adoption in just over two years is a testament to the strength of the sophisticated data-driven platform and growing market needs. It is becoming increasingly critical that employees are equipped with effective, data-driven tools to make more informed benefits decisions both at enrollment and throughout the year.” , Caroline Xie, general partner at ICONIQ Growth, said in a statement. “We are delighted to continue supporting Nayya’s team as they extend their mission.”

“Investing in the future of benefits is extremely important, especially since the healthcare landscape and consumer expectations are changing so rapidly,” added Mike Dixon, managing partner at Transformation Capital. “Nayya has successfully integrated artificial intelligence into the entire benefits experience – creating a consumer-centric platform that takes the confusion and stress out of benefits – while solving a huge challenge that almost all companies and their employees face.”