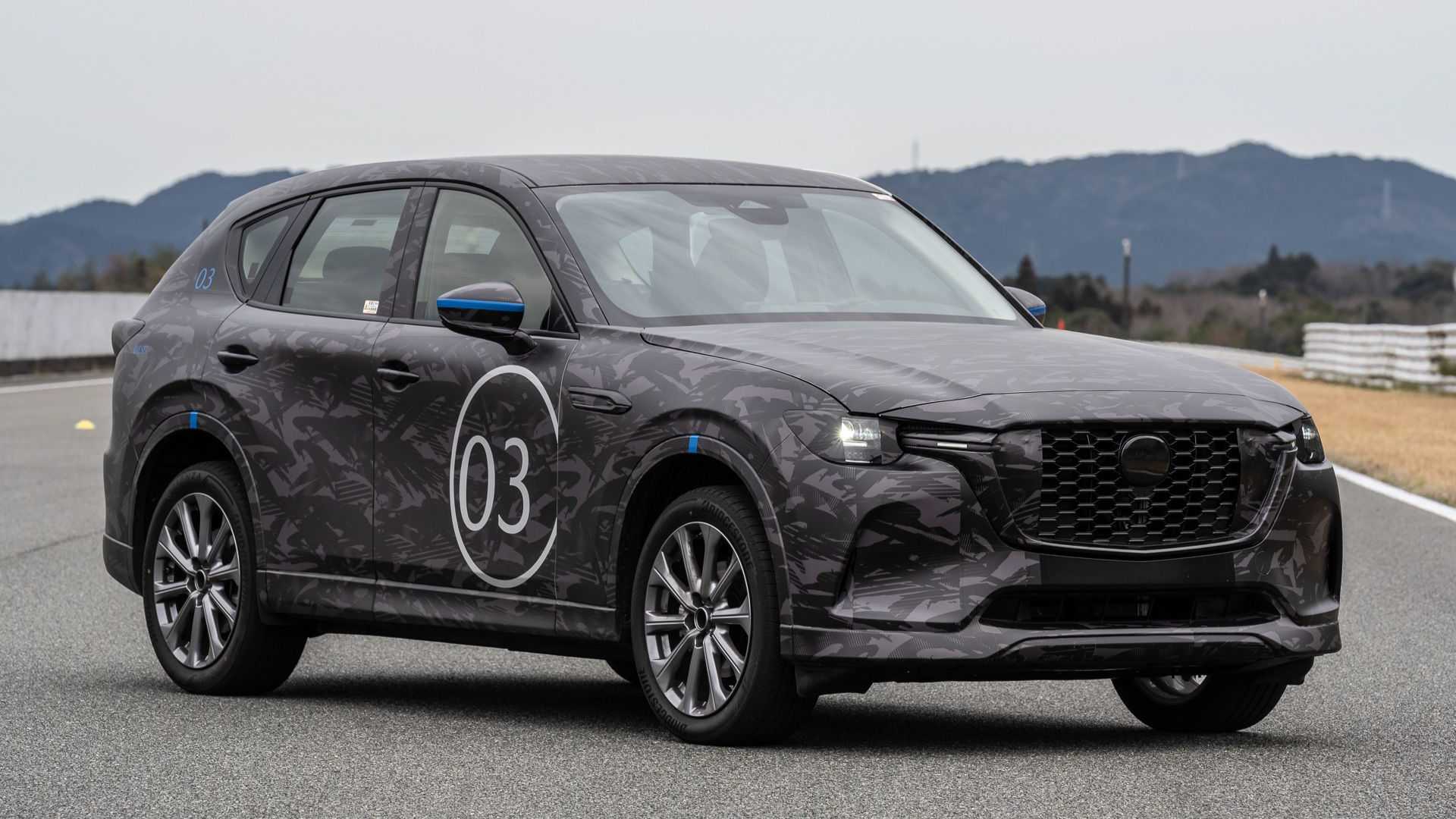 Rumors of a rear-wheel-drive platform with inline-six engines from Mazda have been circulating for years, but the official announcement was only recently made. After unveiling plans to launch RWD vehicles with 3.0-liter gasoline and 3.3-liter diesel powertrains, Zoom-Zoom is finally ready to talk specs. However, for now, we will have to settle for those of the oil burner.

Tech specs for the 3.0-litre petrol engine weren’t provided, but at least we can compare the diesel with the already-revealed 2.5-litre plug-in hybrid model. It combines a naturally aspirated four-cylinder petrol mill with an electric motor for a total output of 323 hp (241 kW) at 6,000 rpm and 500 Nm (369 lb-ft) at 4,000 rpm.

Fun fact – the PHEV model has a perfect 50:50 weight distribution while the diesel is slightly nose-heavy, at 55:45. The plug-in hybrid model with its electric motor is also an all-wheel-drive affair with an eight-speed automatic transmission and comes. It has a 17.8 kWh battery for an electric range of up to 39 miles (63 km) in the WLTP combined cycle.

As you’ve probably heard, the global CX-60 will be sold in the United States as the widebody CX-70. Mazda is also planning a three-row CX-80 for international markets, joined by a CX-90 for the United States. They will all arrive within the next two years.