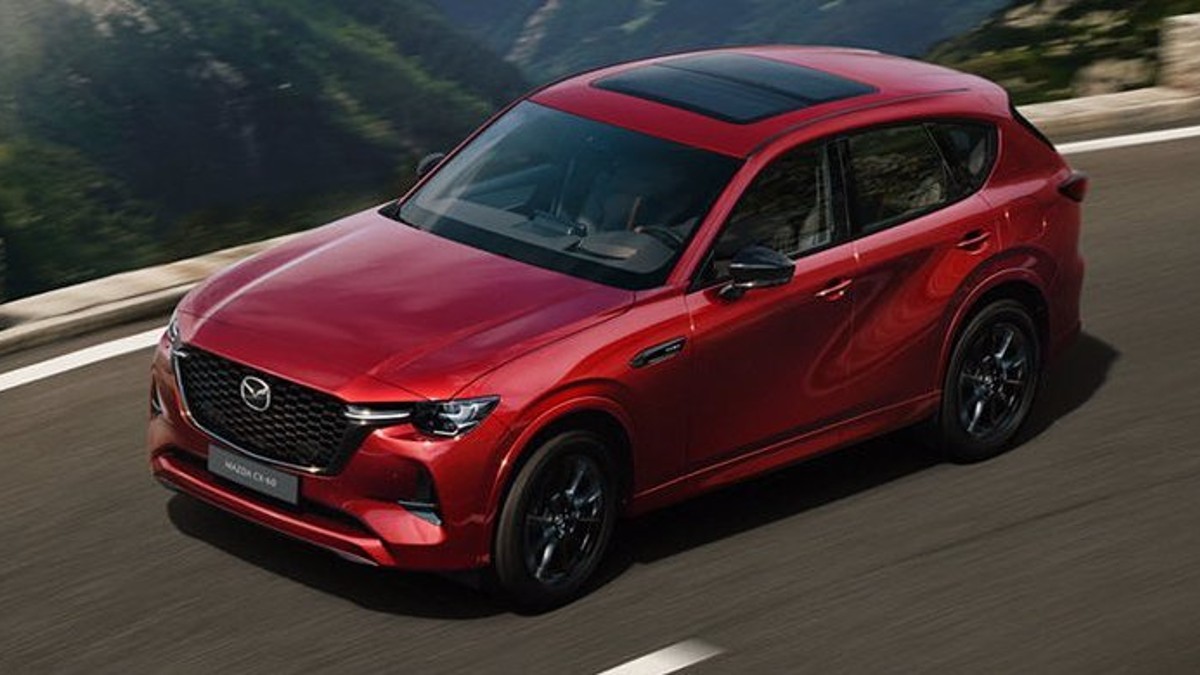 Mazda builds a diesel engine we can’t have

European versions of the Mazda CX-60 will be equipped with an all-new Mazda Skyactiv-D diesel engine. This engine is unlikely to cross the pond to the North American market. The current lack of diesel presence in anything smaller than a van is a little discouraging. Consumers who want to drive a CX-60 with that oil burner under the hood will have to take a vacation to Europe to do so.

What is Mazda’s new diesel engine?

The CX-5 and Mazda6 in some countries already have a Mazda Skyactiv-D engine. The new Mazda CX-60 gets a larger model, which is a 3.3-liter turbocharged inline-six. This new Skyactiv-D engine will deliver a peak performance of 251 horsepower and 406 lb-ft of torque.

What is the original Mazda Skyactiv diesel engine?

The 2.2-liter Skyactiv-D uses a two-stage turbocharger configuration. It has a small turbo and a larger turbo to operate according to driving conditions. This allows the Mazda diesel engine to be an intelligent engine that achieves high torque at low speeds and higher power when driving at highway speeds.

Does Mazda make a diesel engine?

Yes, Skyactiv-D is a diesel engine used in the Mazda CX-5. This engine was offered in the United States for 2019 but was quickly removed from our market. Mazda intended to put this engine in the Mazda6, but that plan too was thrown in the trash. Other global automotive markets are enjoying the benefits of the Skyactiv-D engine in Mazda vehicles.

How efficient is the new Mazda Skyactiv-D engine?

This new motor achieves a thermal efficiency of over 40%, which is quite impressive. It can achieve this number through a system called Distribution-Controlled Partially Premixed Compression Ignition (DCPCI).

Putting it down to the numbers, the base version of this new six-cylinder diesel engine returns 197 horsepower in an RWD configuration. This powerhouse is good for 57.6 mpg combined on the WLTP standard. The more powerful AWD version returns 53.3 mpg combined. We don’t see those numbers in the United States unless we’re talking about a hybrid or electric vehicle.

How long does a Mazda diesel engine last?

Similar to larger diesel engines in trucks and SUVs, the 2.2-liter Mazda Skyactiv-D diesel engine is expected to last 200,000 to 250,000 miles. Of course, that assumes proper maintenance and very little hard driving for the CX-5 or Mazda6 containing the engine. If you drive 15,000 miles a year, you should expect your Mazda diesel to last between 13 and 17 years.

We expect the same for the new 3.3-liter diesel engine.

Where will the diesel-powered Mazda CX-60 be sold?

This new crossover SUV is heading to the UK in early 2023. Currently, the CX-60 isn’t slated for North America, and, obviously, neither is the diesel engine.

RELATED: Which diesel truck gives you the most bang for your buck?