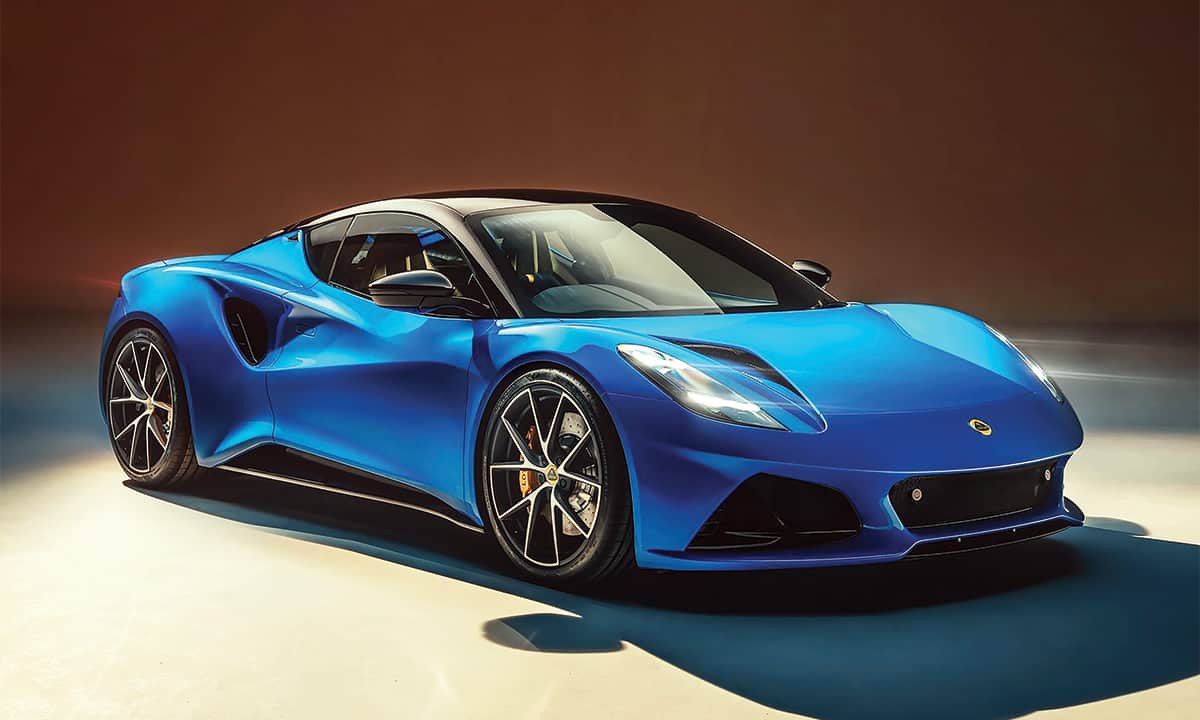 It’s the glorious end of a legendary legacy of lightweight but giant-killer sports car series that relentlessly bit the tails – and even beat – of much more powerful and expensive supercars.

This is the legacy of Lotus, the idea inspired by a certain Anthony Colin Bruce Chapman, the genius engineer / designer whose ACBC initials adorn the logo of Hethel’s cars in Norfolk, England.

It was another night for Hethel’s history books as the reborn British sports car maker made its world debut at the all-new Emira. It was staged live in front of an on-site audience of VIP media and honored guests, with tens of thousands more viewing the simultaneous online broadcast from all over the world.

â€œThe Emira is an absolute game changer for Lotus. It’s an extremely important step on our path to becoming a truly global performance car brand. It’s a new sports car, our first in many years, and what a Lotus offer! â€exclaimed Matt Windle, Managing Director of Lotus Cars.

Stylishly, the mid-engined Emira looks more like a supercar – or even a hypercar – than just another new sports car. There are traces of the Evora as well as more recent design cues from Lotus’s upcoming Evija electric hypercar.

Inside, the Emira’s fully lined cockpit is by far the most luxurious and spacious ever designed by Lotus, now owned by Geely of China. There is room for a bag in the trunk and a few small suitcases behind the seats. There are even cup holders and storage bins on the console and door panels.

The Emira measures 4,412mm, 1,895, and 1,225mm (L x W x H). It’s less than an inch taller and 2mm taller than the 11-year-old Evora (on which it’s based), but it’s noticeably three inches wider and shares the 2,575mm wheelbase. Evora (including the extruded and glued ultralight aluminum of this construction car).

Just like in the Exige and Evora, power comes from the same Toyota Camry 3.5-liter V6 turbocharged to 394 bph and mated to a manual or automatic transmission. Available for the Emira next year, a turbocharged four-cylinder Mercedes-AMG engine producing 355 hp (mated exclusively to AMG’s dual-clutch automatic transmission). The performance targets are zero to 100 km / h in under 4.5 seconds and a top speed of 290 km / h.

Lotus is targeting prices below Â£ 60,000. In terms of price and performance, the two-seater Lotus Emira V6 matches the two-seater Porsche 718 Cayman GTS.

The purity of driving comes from a hydraulic power steering system and rear-wheel drive, a snub to the electric power steering and all-wheel drive of modern sports cars. The tires are custom made Goodyear Eagle F1 Supersport as standard or Michelin Cup 2 as an option.

The hour-long live unveiling centered on Hethel’s iconic test track and ended with a high-octane tour of the North Circuit by an Emira, officially Lotus’s last gasoline car.

Former Formula 1 world champion and Lotus customer Jenson Button has been revealed as the special guest of the evening. A video of him putting the Emira to the test on the Hethel Track was released, with Jenson delivering his exclusive â€œFirst Rideâ€ review live to the audience.

â€œIt’s called a junior supercar, but it would give a lot of supercars their money’s worthâ€¦ and it’s more comfortable than most of them! The Emira is exceptional and I am a huge fan, â€said Jenson.

The premiere of Emira was broadcast live via the Lotus website and social media platforms. In a nod to global travel restrictions, Lotus invited dozens of international Lotus â€œsuperfansâ€ to attend the premiere. Exactly 131 of these owners and enthusiasts were selected to be part of a high-tech real-time â€œfan wallâ€ that appeared on the box’s TV screens. The number “131” reflects the Lotus type number assigned to the Emira before she was officially named.

Despite the time differences, Lotus retailers around the world, from China and Japan to North America and Europe, held parties in their showrooms, inviting esteemed customers and Emira prospects to watch the event live. In addition, highlights of the show air next week on billboards internationally, at the busy Liverpool Street station in London, where the Norwich train line ends in London. , and in downtown Los Angeles.

Guests were also treated to a parade of historic Lotus cars on the test track, including an Elan S3 and the Turbo Esprit from company founder Colin Chapman.

As well as providing a platform for Emira’s debut, the event was designed to spotlight Hethel himself, upgraded as part of an investment of over Â£ 100million in Lotus operations in the United Kingdom. Guests took a walking tour of the site to see the transformation, which includes the all-new production line and the paint shop where the Emira will be built, from the end of the year.

Just two days after her global reveal, Emira stunned attendees at the Goodwood Festival of Speed â€‹â€‹last weekend, where the car spun a wheel of anger in public for the first time. Lotus is the ‘star brand’ of this year’s GFOS event, which means that the ‘central feature’, the giant sculpture outside Goodwood House, will celebrate Lotus.

At the close of the event, Matt Windle said: â€œWhat an amazing night we had and what a fantastic way to launch Emira. We have a sensational new sports car – the most successful Lotus ever – and we unveiled it in a rejuvenated Hethel, a site that still changes every week because of our investment. Together, they are the perfect illustration of Lotus’ ongoing transformation.

Colin Chapman smiles from above.