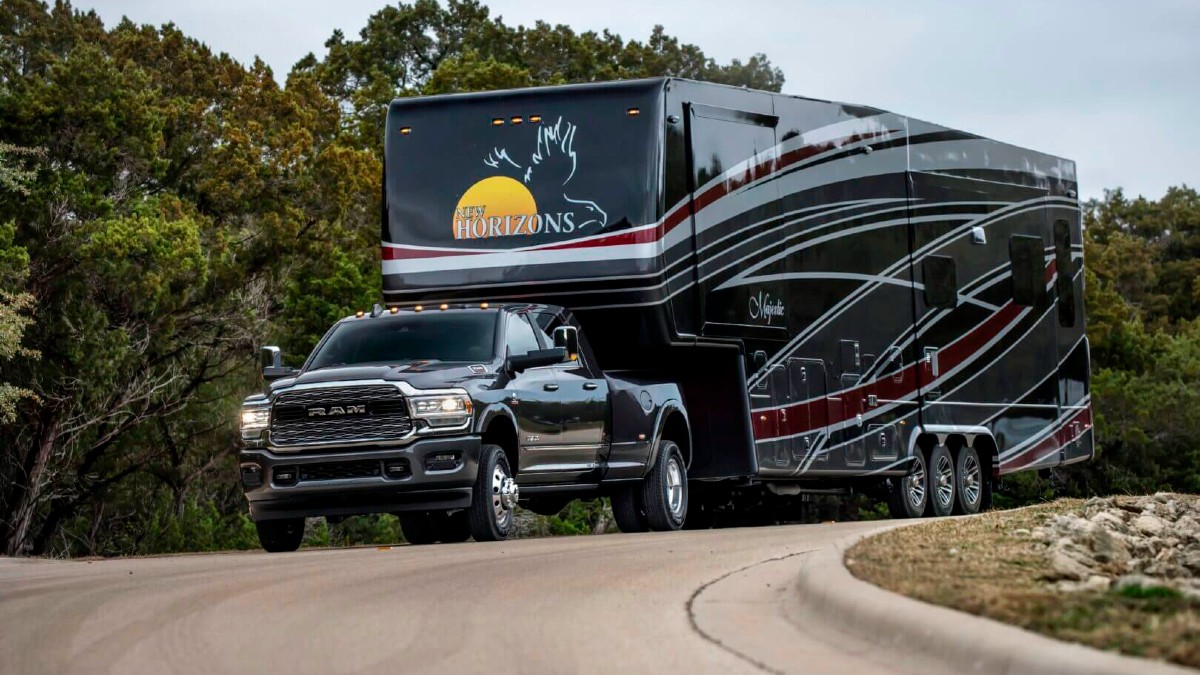 Is Cummins moving away from its diesel engine lineup?

What makes Cummins think hydrogen is the future?

Even though gas stations supplying diesel and gasoline are plentiful, the low mpg and harmful emissions have shifted the automotive world towards electric power. Unfortunately, there are instances where an electric motor won’t do the job.

Because Cummins builds engines for everything from school buses to motorhomes, they have to think bigger. If you consider a semi-trailer truck pulling a heavy load across the country, you know time is running out. Recharging electric batteries takes too long to be effective, which is where hydrogen comes in.

Jalopnik reported that Cummins unveiled a new 15-liter hydrogen engine at an event in California last month. This massive engine uses the new “independent fuel platform” of the company, which allows various engines to use different fuels, including liquid hydrogen. The goal is to have this big engine in production by 2027, as well as a smaller 6.7 -liter version which could become the next engine used in the heavy RAM trucks that we admire.

An America’s Cup team experimented with a Chase Boat powered by a hydrogen fuel cell engine. This engine, developed by Toyota, is an incredible advance and shows how this fuel can be an excellent alternative to electricity, gasoline or diesel.

The powertrain developed gave the team the power to reach higher speeds on water, sparking the continued development of hydrogen powertrains.

Ford is another automaker developing hydrogen fuel cell powertrains to give us an alternative fuel for future transportation desires.

Can a car engine run on hydrogen?

RELATED: How much does it cost to buy a hydrogen fuel cell vehicle?

Cummins tells us that there are two different types of hydrogen engines. These two engines prove that cars can run on this fuel but could have multiple applications. A hydrogen internal combustion engine works like a traditional gasoline engine. A fuel cell hydrogen engine generates electricity for the power required to operate the vehicle.

Future Cummins hydrogen engines could be of both varieties. Internal combustion models tend to be more efficient under high loads, while FCVs perform better for smaller loads. That means our passenger vehicles could have a Cummins FCV hydrogen engine, while the tractor-trailer or school bus you see could have an ICE version.

Which cars have hydrogen engines?

Hydrogen energy has not become a common fuel source. Auto Express tells us that there are only two mainstream models currently using hydrogen: the Toyota Mirai and the Hyundai Nexo. Hyundai has also offered a hydrogen-powered Santa Fe in the past.

Globally, the infrastructure to support hydrogen vehicles is virtually non-existent. Because a hydrogen vehicle only expels water vapor out the exhaust, the lack of support for this fuel is baffling.

Is hydrogen a better fuel source than electricity for transportation?

The most abundant element in the universe is hydrogen, but we have no exploitable fields. If hydrogen refueling stations were as plentiful as gasoline and diesel sites, electric vehicles might never hit the automotive market. A hydrogen vehicle refuels at the same rate as a gasoline vehicle, which is much faster than an EV. Hydrogen and electric-powered vehicles tend to offer similar ranges.

Hydrogen might not take hold and replace the move to electric vehicles, but major diesel engine producers, such as Cummins, are working on hydrogen engines. If successful for on-road trucking and other large transportation applications, hydrogen could be the fuel used by commercial vehicles in the future.