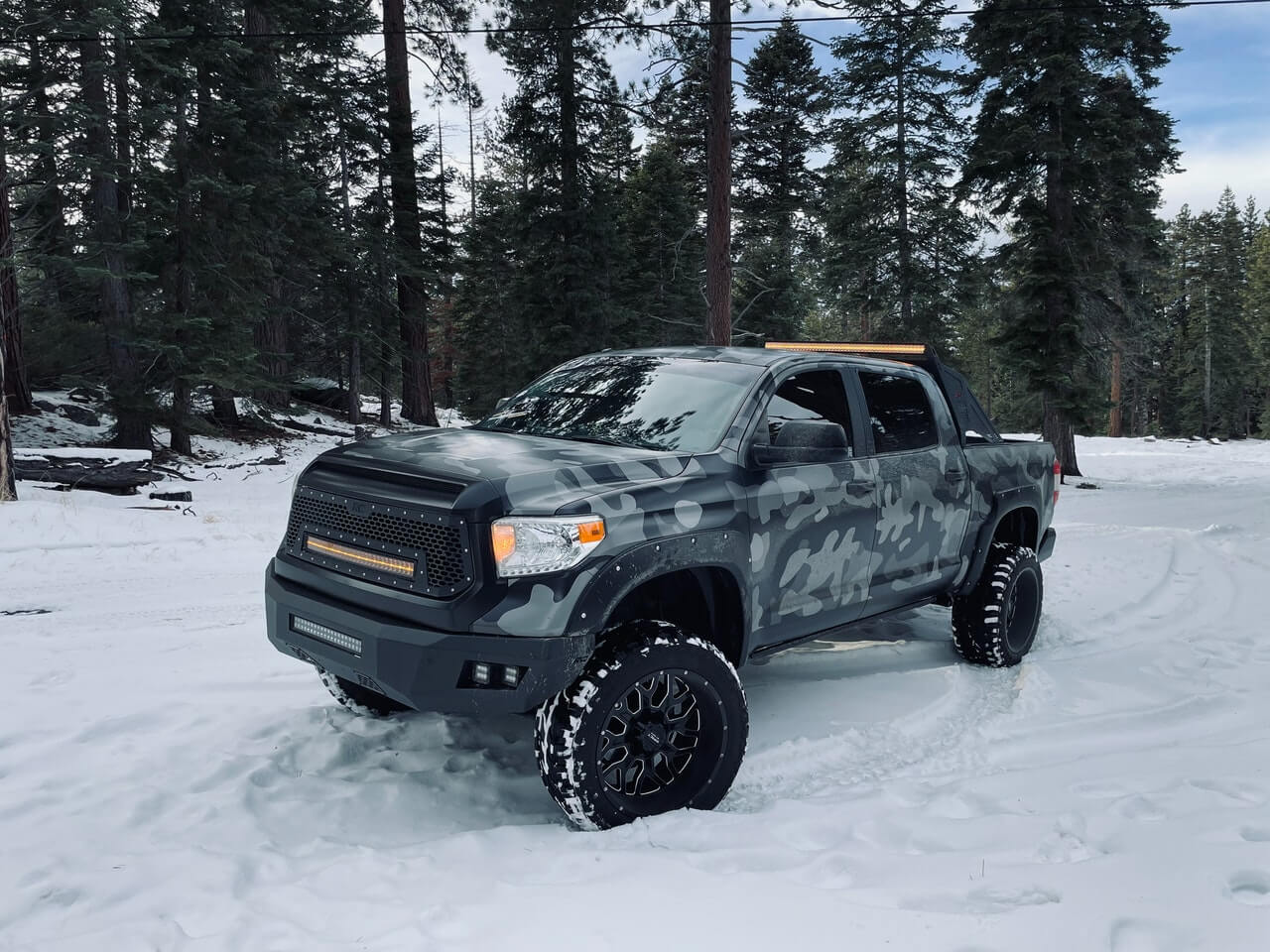 Most of us don’t hesitate to get behind the wheel of a truck and start the engine, at least until the engine stops working or starts making strange noises.

The majority of modern trucks have some form of internal combustion engine under the hood. How does a truck engine work? Let’s take a closer look at truck engines to see what makes these automotive engineering parts work. 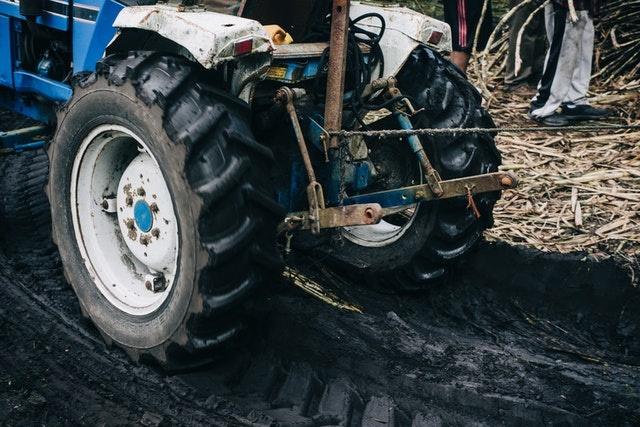 To understand how a truck engine works, we must first understand the engineering behind the four-stroke engine system. Internal combustion engines use a four-step system to suck fuel into the engine, ignite it, and turn that explosion into power that drives vehicles forward. Let’s break down the four steps.

The first is the intake stroke. The piston moves down, creating space and creating a vacuum that can draw both air and fuel into the cylinder. The precise mix of these two components will vary depending on engine tuning. In older cars, the carburetor was responsible for the fuel and air intake. In later engines, carburetors have given way to fuel injectors. The inlet valve will remain open for this step.

During the power stroke, the piston reaches the highest point of its stroke, called top dead center. The fuel ignites, creating a small, contained explosion that forces the piston back down to the bottom of the cylinder. The explosive power is converted into usable energy by the crankshaft and transmitted to the rest of the vehicle.

While the ignition mechanism may differ between gasoline and diesel engines, many mechanisms are nearly identical. Most other under-the-hood systems, from liquids that you need to check regularly to a battery that starts the engine and the alternator that keeps it charged, are the same whether you’re looking for diesel or gasoline engines.

How do gasoline truck engines work?

Petrol vehicles currently make up the majority of vehicles registered in the UK, but this number is starting to fall. In 2018, 61.9% of registered vehicles ran on gasoline, 31.5% ran on diesel and the rest of the vehicles fell into the hybrid or electric categories. In 2021, the percentage of registered gasoline vehicles fell to 46.3%, with electric vehicles taking a larger market share and diesel vehicles accounting for only 8.2%. Gasoline might be comfortable and familiar, but it’s quickly losing its crown as the number one contender because consumers are trying to reduce their carbon footprint.

The most significant difference between gasoline and diesel truck engines is the ignition mechanism. Gasoline engines use electric ignition. Each cylinder is equipped with one or more spark plugs to generate a high voltage charge. This small spark is all it takes to ignite the fuel-air mixture and keep the internal combustion system running. If the spark plugs, wires or ignition coils fail, it may cause engine misfires, shaking the delicate rhythm. In 4-cylinder engines, this can cause the engine to shut down completely. In 6-cylinder or 8-cylinder engines, this can only cause the engine to stutter and shake when trying to drive.

How do diesel truck engines work? 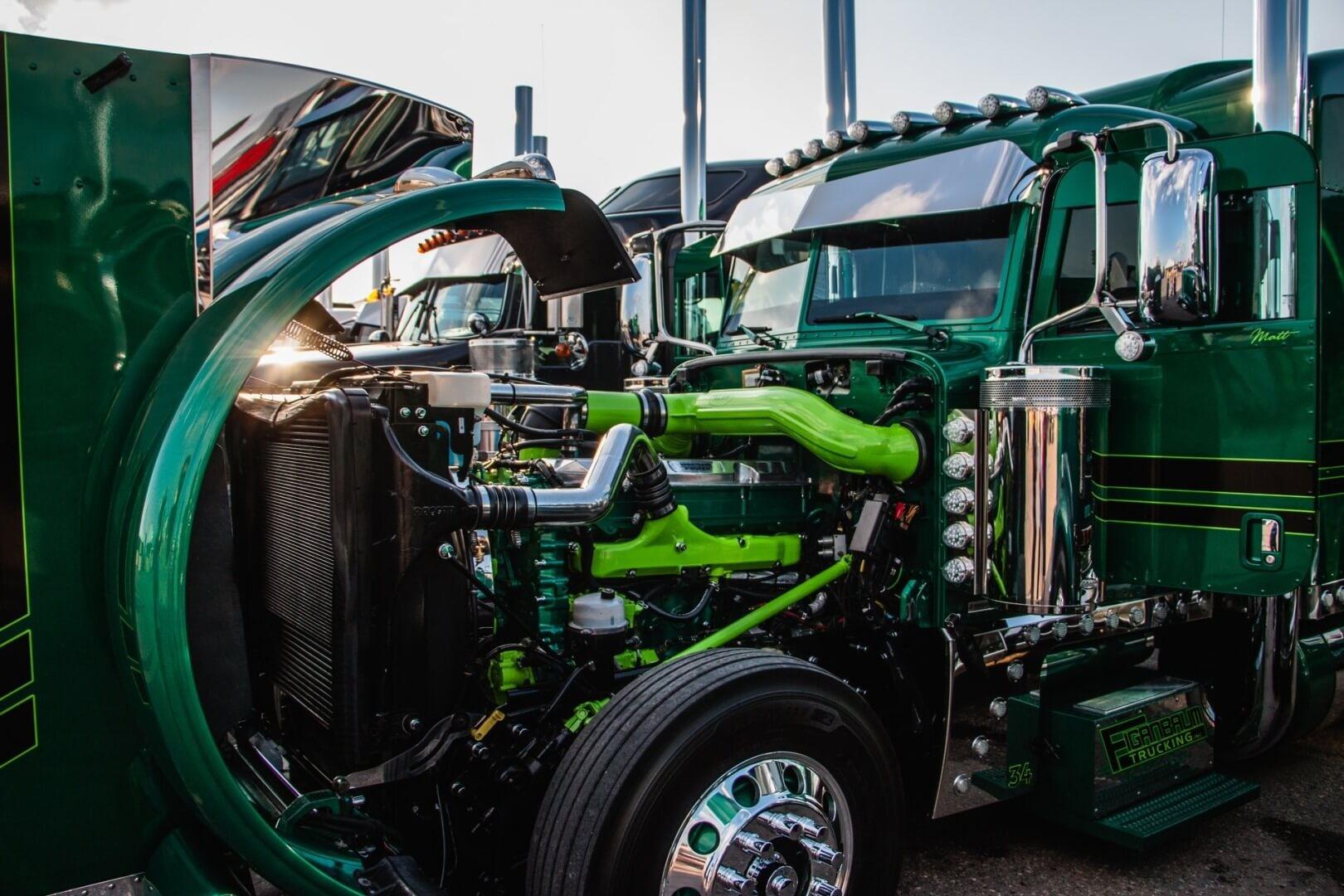 Diesel engines can be equipped with glow plugs to keep the fuel warm and to help start the engine. they don’t need spark plugs to get things going. Instead of requiring an external ignition source, diesel engines rely on compression to ignite the fuel. Diesel engines still use an air-fuel mixture, but the the compression stroke heats the fuel at the high temperatures required to cause it to ignite.

Diesel engines also often recycle exhaust gases back into the cylinder to aid ignition. The exhaust gases are already hot, so the compression stroke doesn’t have to work as hard to get the same results. Diesel engines are a popular choice for work trucks because the fuel has a higher energy density than gasoline and can generate higher torque, making them the best option for towing and hauling heavy loads.

How do electric truck motors work?

Electric trucks, like the Ford F-150 Lightning and the new electric Hummer, are beginning to emerge, so we’ll also quickly touch on how electric truck motors work.

Electric trucks have far fewer moving parts than their gasoline or diesel counterparts, making them easier to maintain and less likely to break down under normal conditions. They use a battery to power one or more electric motors. Unlike internal combustion engines, electric trucks can have multiple engines. Two is often the norm, with one motor driving just one axle, but you can have up to four – one for each wheel – working perfectly and delivering optimum power and torque. You have to plug them in to keep them charged, but brand new technology like solar roads have the potential to change that or even keep your electric vehicle charged while you drive.

Electric trucks may seem like the latest toy, but they have a variety of applications. With gasoline or diesel trucks, the transmission must reach a certain number of rotations per minute (RPM) to deliver speed or, more importantly, torque. In electric trucks, there is no need for this preparation. Torque is available as soon as you step on the accelerator, making them more efficient and effective. They also accelerate faster and smoother than internal combustion engines, making them lighter on the road, even with a heavy battery that weighs them down.

Take a look under the hood

Reading an article won’t make you an automotive expert, but understanding how your truck’s engine works can make maintenance and troubleshooting easier. If you never look under your hood or feel like you wouldn’t even know what you’re looking at if you did, consider taking a peek. You don’t have to be able to take the thing apart to figure out how it works.