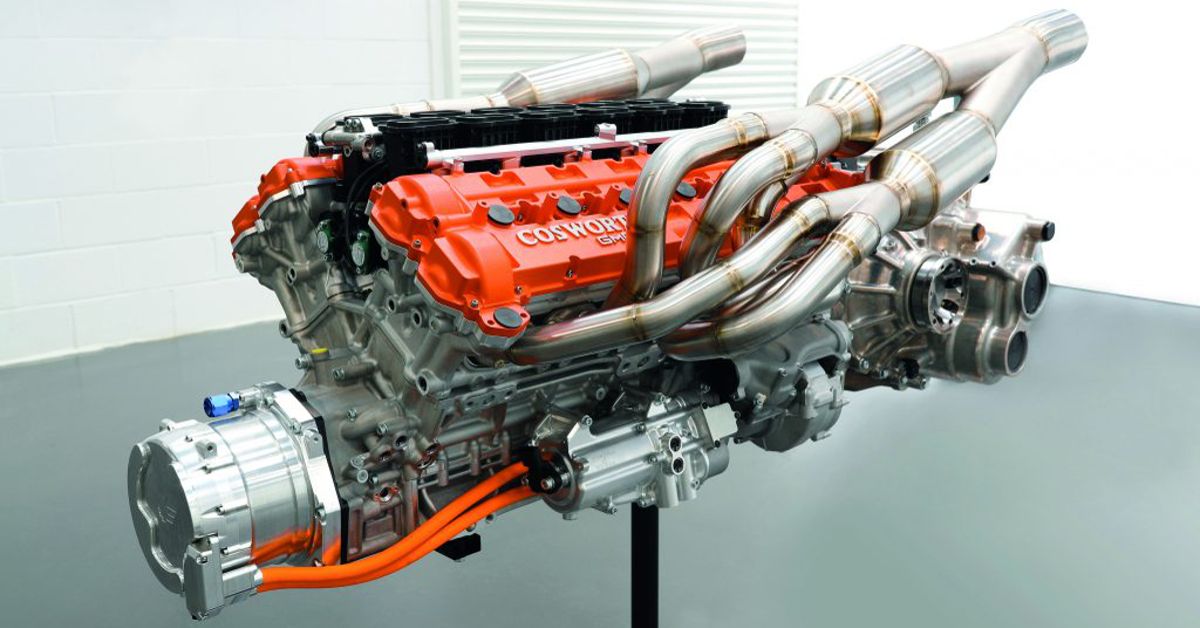 The woes of the internal combustion engine date back to long before the advent of the engine. Back to the 1850s and the industrial revolution, in fact. It was around this time that fossil fuels, in the form of coal, were first used in significant amounts to make goods to be sold for profit.

The progressive and nefarious ramifications of this large-scale mechanization have remained largely undetectable and unquantified for 150 years. However, in December 2015, after seeing the increase in weather-related “natural disasters”, most of the industrialized countries of the world came together to sign the Paris Agreement, pledging to reduce gas emissions. greenhouse effect (GHG). In doing so, the world hopes to cap temperatures to less than two degrees Celsius above those that prevailed before industrialization. This was then reduced to 1.5 degrees C.

Thus, with CO2 accounting for around 76% of GHGs and road transport contributing around 14% of total global CO2 emissions – the fourth largest emitter behind electricity and heat production, agriculture and industry – the automotive industry is in the sights of regulators around the world.

And with the typical, often non-essential passenger vehicle emitting around 4.6 tonnes of CO2 per year, accounting for 45% of all transport emissions, it is only natural that these should be targeted first, with regulators seeking to promote all electric cars.

While there are many ways to reduce emissions, the most effective is probably the outright ban on the internal combustion engine.

RELATED: These 10 Auto Makers Are Leading The Change To Electric Vehicles

These countries are already considering banning the internal combustion engine

In 2020, in a discussion with clean energy research group BloombergNEF, Fatih Birol, who heads the IEA, argued that demand for oil could only be reduced with stricter government policies promoting cars. electrical and regulating petrochemicals.

It is important to note that major auto markets such as the United States, China and Germany lack a binding long-term commitment to a full transition of ICE vehicles. In the United States, the Zero-Emission Vehicles Act which sets a target for sales of zero-emission vehicles by 2040 has not been adopted.

Most of these prohibitions are not codified in law – at least not with repercussions on cheaters. Instead, policymakers use them to support ambitious policies that are needed to ultimately remove ECIs from the roads.

As a result, initiatives such as the International Zero-Emission Vehicle Alliance (IZEVA) have agreed, though not legislated, to make all sales of new passenger vehicles zero-emission by 2050 at the latest. Of the 18 countries, states and provinces that joined IZEVA, seven – British Columbia, California, Canada, the Netherlands, Norway, the United Kingdom, and now Canada and Germany – have officially committed to an earlier phase of 100% ICE passenger cars. -off targets.

The problem with the EU is that, although they have overtaken China in the deployment of electric vehicles, the timeline for ending sales of ECIs varies widely across the Union. For example: Norway and the Netherlands have committed to end sales of ICE in less than 5 years; Denmark, Iceland, Ireland, Slovenia and Sweden have targeted 10 years, with Scotland planning for 2032 and the UK planning to end sales of all ICEs in 2035. France aims to end the sale of passenger cars and light commercial vehicles using fossil fuels by 2040, and Spain has a bill that would only allow the sale of zero-emission vehicles from 2040.

In the case of Germany, by becoming a member of IZEVA, the country has implicitly committed to phasing out thermal engine vehicles by 2050 at the latest; however, this commitment is not yet reflected in the National Climate Protection Plan.

The vastly different lead times across the region create several problems, especially for automakers who have model cycle times of up to eight years. So stimulated by environmentalists, regions such as the EU and Canada are trying to establish a firm timetable for the ban of the internal combustion engine.

RELATED: This Is The Real Reason Tesla Is Almost Three Times Toyota

On Wednesday July 14, the European Commission, which drafts the EU’s policies, will detail the plans of the 27 countries of the bloc to reduce greenhouse gas emissions by 55% from 1990 levels by 2030. Reuters reports that the first draft will propose 12 policies in four areas (energy, industry, transport and heating), including a tax on jet fuel that will soon be implemented.

The EU has so far reduced its emissions by 24% from 1990 levels. However, many of the fruits at hand, such as reducing reliance on coal to generate electricity, have already. been picked. Further reductions over the next decade will require bolder action. As a result, stricter emission limits for cars are expected to end sales of new gasoline and diesel cars by 2035 or 2040.

The EU package comes days after California suffered one of the highest temperatures on earth ever, the latest in a torrent of brutal heat waves that hit Russia, northern Europe and Canada.

In an attempt to stop global warming, Canada has announced a series of measures aimed at drastically reducing GHG emissions. These include transport sector reform projects. The transportation sector contributes 25% of Canada’s emissions.

By investing in cleaner transportation, the Canadian government believes it can create good jobs, be more competitive in the low-carbon economy, and improve the quality of life for its citizens.

The Canadian province of British Columbia is already one step ahead of the federal government in adopting binding regulations for the transportation sector. The local government has asked automakers to gradually increase the share of sales of new zero-emission passenger cars and light commercial vans to 10% by 2025, 30% by 2030 and 100% by 2040.

This has given the national government a framework for a coherent roadmap for the phase-out of the ECI, although it has not yet been drafted into a legally binding regulation. The sales targets for the government’s zero-emission light-duty vehicle policy are set at 10% by 2025, 30% by 2030 and 100% by 2040.

To support the transition, the Government of Canada has set aside $ 600 million to build charging infrastructure and subsidize electric vehicles, offering a purchase incentive of up to $ 5,000 on eligible zero-emission vehicles. .

While the details of the transition to zero-emission mobility may vary from region to region, Europe and Canada’s plans to ban the internal combustion engine are very much in line with those of others. industrialized countries and, above all, align themselves with the consensus point of view of many vehicle manufacturers.

Production of electric vehicles has exploded as Western countries try to align with each other when it comes to banning conventional ICE cars.

As an engineer with over 40 years of experience in the automotive industry, Peter Els can be summed up in one sentence: “Automotive engineer by profession, gearbox by choice”. Working from his home on the east coast of South Africa, Peter spends most of his time analyzing and writing about the exciting cars and technologies that are driving the future of mobility. He shares his findings, opinions and experience in several online publications, including a monthly column on the highly respected Automotive IQ portal, articles on FutureCar, Robotics Business Review and product reviews on the Car Fix Book. When not writing about cars, Peter is an avid motorsport enthusiast. After riding motorcycles for 10 years, he still enjoys spending time on the track – although now on four wheels rather than two.