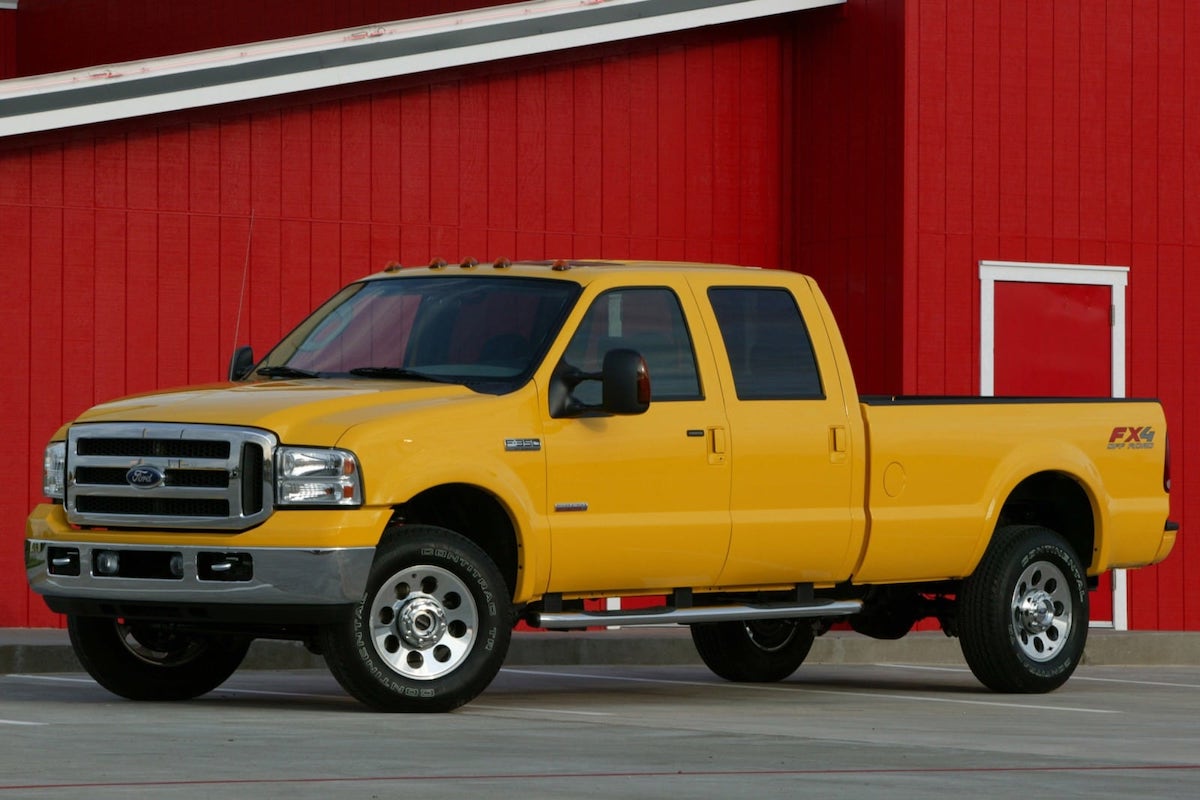 Ford’s 6.0 Power Stroke V8 diesel engines found in its F-250 and F-350 trucks have had their fair share of problems and lawsuits because of them. The engines were manufactured by Navistar for 2003-2007 Ford Super Duty Trucks and 2003-2010 E-Series Vans. Problems range from blown head gaskets and turbochargers to bent head bolts and bad engine coolers. ‘oil. In many cases, the problems lead to catastrophic engine failures.

Ford converted the diesel engines to a series sequential turbocharger or “VGT” system rather than Navistar’s variable-vane turbocharger. This means that there is a turbocharger for the low pressure and a second one for the high pressure. Ford’s 6.0-liter Power Stroke VGT engine developed 350 hp and 650 lb-ft of torque at 3,000 rpm. But with the increasingly stringent emissions requirements, Ford had to add a lot of emissions equipment to pass them. These included gas recirculation or EGR valves.

By early February 2006, Ford already knew there were problems because warranty repairs were costing the company over $5 million a month. But Ford, based on internal documents, decided against investing in engine upgrades. Within a year, Ford’s warranty costs soared to over $400 million. Of this amount, more than $200 million was for replacing fuel injectors and nearly $200 million for replacing turbochargers.

Also in February 2007, internal documents show that although the 6.0-litre represents only 10% of Ford engines manufactured, it accounts for over 80% of warranty expenditure. For all Ford warranty costs, this was more than 25% of the business worldwide.

Most 6.0 engine failures are due to the oil cooler. Like a small radiator, they can get clogged with silicone sand. How is it introduced into the engine? He’s still there as part of the casting process. Although the blocks are cleaned before assembly, the oil cooler area retains sand.

With the restricted oil cooler, it increases the heat of the oil circulating through the block. This begins to degrade O-rings and seals. Coolant flow to the EGR cooler can also cause it to fail. Two ways to determine if this is happening is to first see if there is oil in the coolant.

The other is to test the temperature of the coolant, then the oil. They should be about the same temperature. If not, a clogged or failing oil cooler could be the problem. One way to prevent this from happening is to attach an additional filter in the line going into the oil cooler. Be sure to replace it regularly.

Much of the 6.0-liter engine’s problems lay with the high-pressure oil system, or HPOS. Leaking O-rings and Snap to Connect oil fittings. These STC fittings have had a 100% failure rate. They were arrested in 2007.

If you still have one of these fittings on your Super Duty, it will absolutely fail. The faulty injection control pressure sensor, high pressure oil pump or injection pressure regulator is to blame in most cases. And choosing an aftermarket oil filter can make problems worse because it doesn’t have all the debris that passes through it.

The EGR cooler is part of the system reintroducing the exhaust gases into the intake manifold to be burned again. This is an addition to the 6.0 liter emissions equipment which was made federally mandatory in 2003. But if it fails, it allows coolant to leak into the intake manifold and enter the cylinders. You may notice white smoke from the exhaust.

This slowly depletes the coolant, but of greater concern is that it can cause the engine to hydraulically lock up. This is accompanied by catastrophic engine failure. The engine cannot be rebuilt.

In 2003 Ford used a round EGR cooler according to Dieseliq. From 2004 to 2007, Ford replaced it with a boxy version. This round EGR cooler is less prone to clogging, which is usually the cause of its failure.

RELATED: Avoid That Pricey Ford Diesel Engine At All Costs