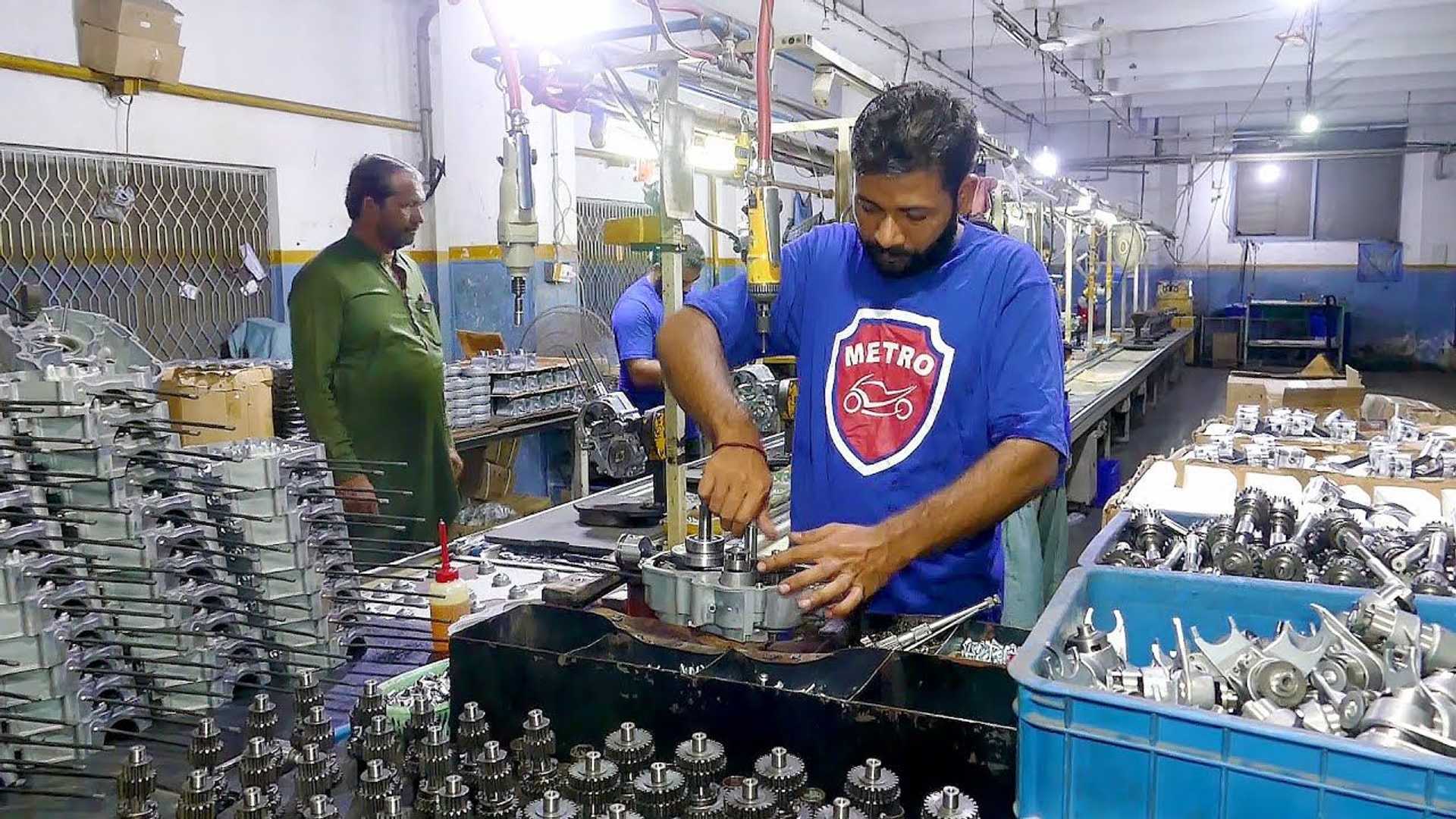 Have you ever tried to assemble an engine? This is no mean feat, even single cylinders these days are getting quite complex. This video, however, shows that with the right tools, training, and setup, motors can be made in less than 8 minutes.

If you’ve ever undertaken a do-it-yourself engine rebuild, you’ll know how tedious it is to take everything apart and put it back together. Internal combustion engines are a beauty and don’t let this video take away the mechanical ballet needed to make these machines work as intended. Engine production can be wildly technical, as is the case with BMW and its factory, but it can also be simple and efficient, as is the case with this inside look at Metro Motorcycles’ production line in India. .

While some of the biggest brands in the world employ a combination of man and machine, Metro Motorcycles actually goes back to basics by using power tools and line workers to build its motors. Of course, the video covers the assembly part of each of the motors. All the parts are present on the factory line and the workers “simply” take what is on the floor and put it all together. It’s still quite fascinating to watch. Without proper training, assembling even the most basic engines can be quite an effort.

A series of conveniently placed workpiece trays, rails and power tools help speed up the process and production line organization. After the motors have been properly assembled, filled with oil and numbered, even the testing is done manually and it seems like it’s just a matter of adjusting the chain tensioner.

After assembly, the engines will find their way into the Metro MR70 motorcycle for a price of just Rs. 81,000 or just under one thousand US dollars. The 70cc single-cylinder engine produces about 5.63 horsepower, which is what you would expect from a base 70cc, carbureted, four-stroke, single-overhead-cam engine.