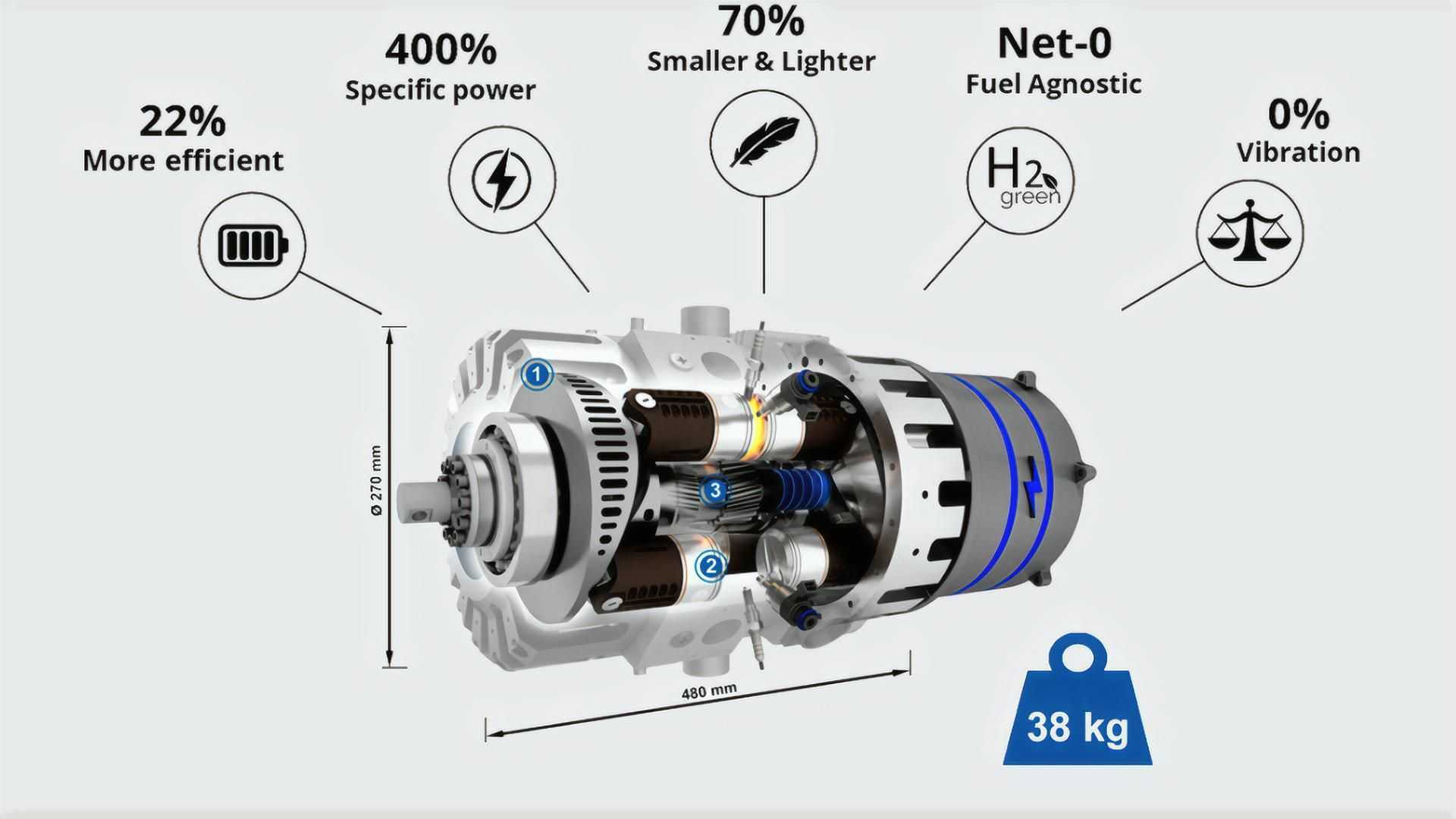 For those who love them, two-strokes hold a special place in the hearts of many gearheads. However, even the most expensive two-stroke fanatic cannot deny the truth of this two-smoke moniker. It’s simply a fact of life – and love or hate that smell, it’s not a low-emissions proposition either.

Then there is four stroke. Generally speaking, these are more efficient at using fuel, but are more complex, weigh more, and are comparatively less powerful than their two-stroke counterparts. Still, many enthusiasts — both old school and new school — have their favorites. Soichiro Honda famously despised two-stroke with passion, which is why he went all out on four-stroke technology right from the start.

What if there was another way, though? This is what the Spanish company INNengine has been asking for since its creation in 2011. It is based on the vision of engineer Juan Garrido Requena: single-stroke engine technology with opposed pistons. It fires every 180 degrees, or twice every revolution, which means it fires twice as often as a two-stroke and four times as often as a four-stroke.

So far, the company has patented two engine variants using this unique technology. The e-REX and REX-B are one-stroke engine concepts that INNengine envisions as helping to power a future populated by zero-emission vehicles. The e-REX is particularly small and light, weighing only 38 kilograms or 83 pounds, yet it is powerful enough to be used in automotive and aeronautical applications.

That’s why INNengine sees it in hydrogen hybrid electric vehicle scenarios, across a spectrum of vehicles. It’s small and light, which means there’s more room for electric motors and batteries. Now, INNengine’s zero-emissions plans revolve around the possibilities of green hydrogen, which unfortunately is still in the “wouldn’t it be nice if?” stage of development. Yet no one gets anywhere without a vision, and if INNengine can help make it happen, that would obviously be a net positive for the environment and gearheads.

If INNengine’s single-stroke engine technology isn’t wild enough for you, the company also claims that the e-REX engine gives off no vibration while running. We’re not engineers, so we can’t offer that level of expertise in analyzing their claims, but they certainly gave us something fascinating to contemplate.

How It Works: The Diesel Engine: The 4-Stroke Cycle

The Witcher is getting an Unreal Engine 5 remake