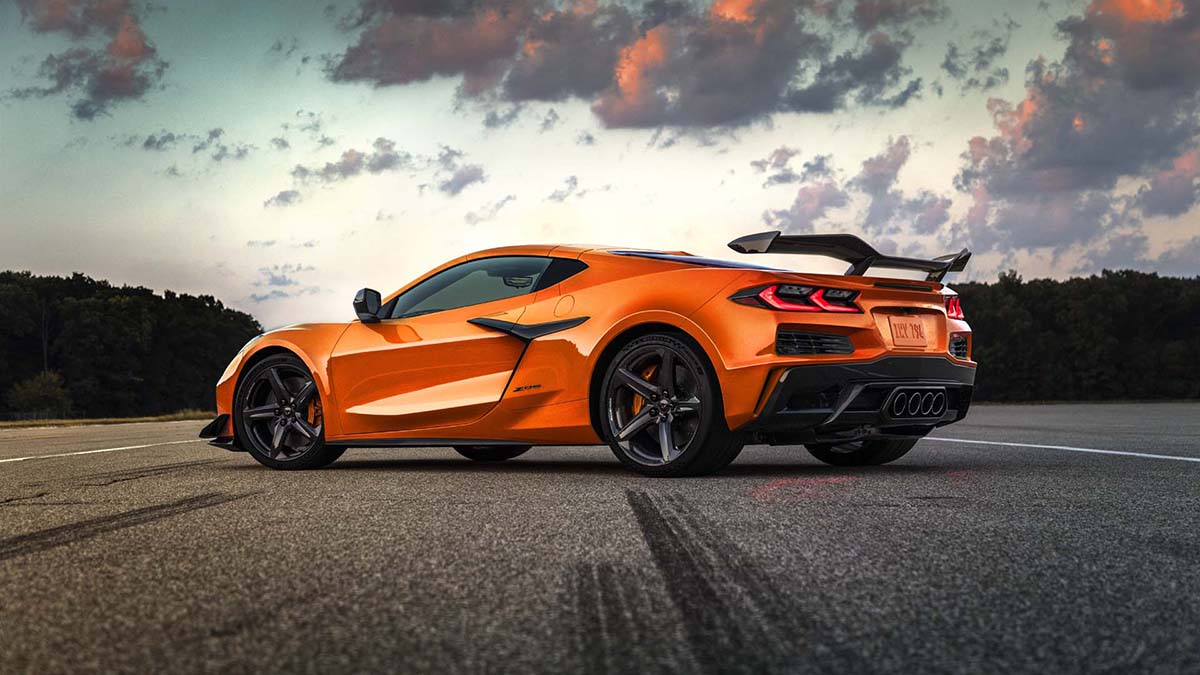 The new Chevrolet Corvette was launched in a brutal track version with a 680 horsepower V8 engine.
The killer Ferrari Corvette Z06 accelerates from 0 to 100 km / h in three seconds. The roaring V8 without a spindle speed of 8,600 rpm – the fastest high-speed V8 engine ever.

The mid-engined Chevrolet Corvette was a real commercial success and customers lined up to get the car. Anyone who is waiting to buy a Corvette should not despair. Now the brutal track version of the Corvette Z06, the car you’ve been waiting for, has launched.
– It’s a racing car you can drive on the street, Chevy Lovar.

The relatively old 503 horsepower V8 from the regular Corvette has been replaced by a modernized 5.5-liter aluminum V8 producing 680 hp and 623 Nm. The engine does not have a turbo – but it has a very high speed.

The red mark on the tachometer only appears at 8600 rpm. Maximum power is reached at 8,400 rpm. Such a high-speed V8 engine had never before appeared in a production car. Each engine will have a plate on the intake manifold with the signature of the person who built it from start to finish.

It is a pure racing engine. The V8 has two overhead camshafts, dry-sump lubrication and a flat crankshaft. According to the American press, the sound should be fatter than that of Ferrari. The engine features sodium and titanium exhaust valves, forged connecting rods and pistons to handle top speeds. Chevrolet engineers spent two years tuning the exhaust system to achieve the perfect sound. And, of course, the sound looks promising in the first movies that came out.

An acceleration time between 0-100 km / h has not been announced, but up to 60 mph takes 2.6 seconds, so the metric sprint will undoubtedly last less than three seconds. Top speed is not yet official.

For track enthusiasts, the car comes with a performance package including a sports chassis, magnetic steering damper and carbon fiber disc brakes. A carbon fiber rear spoiler is also included.

But already in the standard edition, the new Corvette Z06 is a pure feast for the eyes. The car comes with a front splitter, a smaller rear spoiler and an optional carbon fiber package. Compared to a regular Corvette, the front and rear are wider and have additional air intakes.

Let’s not forget the interior. The Corvette Z06 features a carbon fiber wrapped steering wheel, carbon fiber shift paddles and other optional carbon fiber details. But, of course, it is very similar to a regular Corvette.

Deliveries of the Corvette Z06 will begin in time for next summer. Pricing will be announced closer to the launch date.