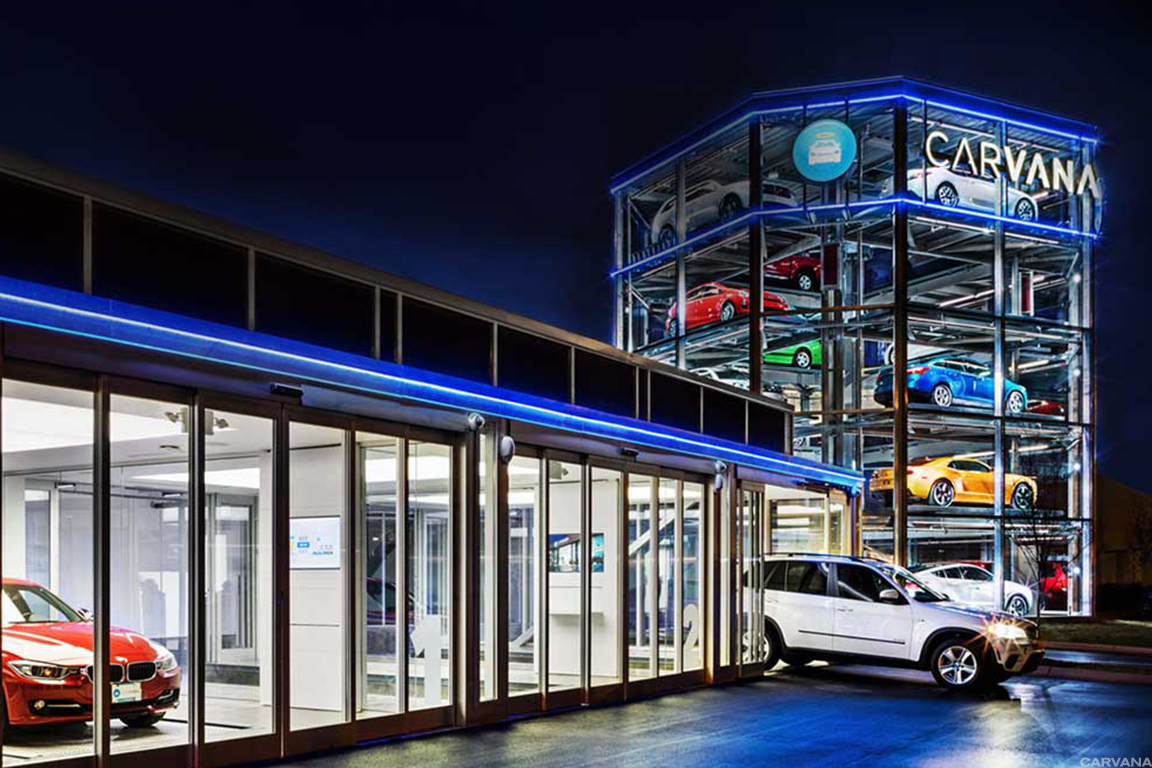 Carvana has a difficult climb after a series of “engine” problems

Although the stock has fallen more than 75% from its highs, CVNA remains a stock to avoid.

To strengthen the balance sheet and for general corporate purposes, Carvana raised $1.25 billion in a secondary offering of 15.65 million shares at a price of $80. On the plus side, founder and CEO, Ernie Garcia III, and his father, Ernest Garcia II, bought about a third of the deal. Nevertheless, the offer diluted shareholders by about 8% after the company racked up huge losses.

This disturbing move is reminiscent of Peloton (PTON) secondary following its dramatic fall from the highs.

Carvana’s business model is in question due to the company’s inability to turn a profit in times of strong demand and strong used car prices. Widely followed short seller Jim Chanos revealed that his fund recently shorted the stock.

Chanos noted that Carvana burned $800 million in cash in the last quarter before any stock builds. In an interview, Chanos asks Carvana, “If not now, when? That means if you haven’t made any money when all the stars have aligned with your particular business model. just didn’t make any money in the greatest of circumstances. What will happen when things get complicated from a systematic point of view?”

Chanos believes this “total disaster” of an earnings report is the first indication of the company’s results as the used-car environment struggles. He added, “It’s now a growth stock that has stopped growing. It’s had flat units for four quarters.”

Carvana has a pending acquisition of ADESA, a physical auction business for used cars and other vehicles. JP Morgan sees this as a good strategic fit that should give it a long-term competitive advantage. However, they question whether Carvana’s overall business model is truly superior or disruptive to the market, as well-capitalized brick-and-mortar dealerships will also find ways to grow and generate strong returns in an increasingly competitive environment.

Another risk for Carvana is the low credit rating of its debt in a rising interest rate environment. The company faces significantly higher interest rates on new bond issues for the $6 billion in net debt with a CCC rating. Currently, the 4.875% senior unsecured bond with a seven-year duration is trading at 77 cents on the dollar, reflecting a yield of over 9%. Only six months ago, these same bonds were trading at par.

Carvana has a rocky climb to prove to Wall Street that its business model works to generate long-term profits. The headline is one to avoid, especially in an unforgiving market for tech-related nonprofits.

Receive an email alert each time I write an article for Real Money. Click “+Follow” next to my signature for this article.