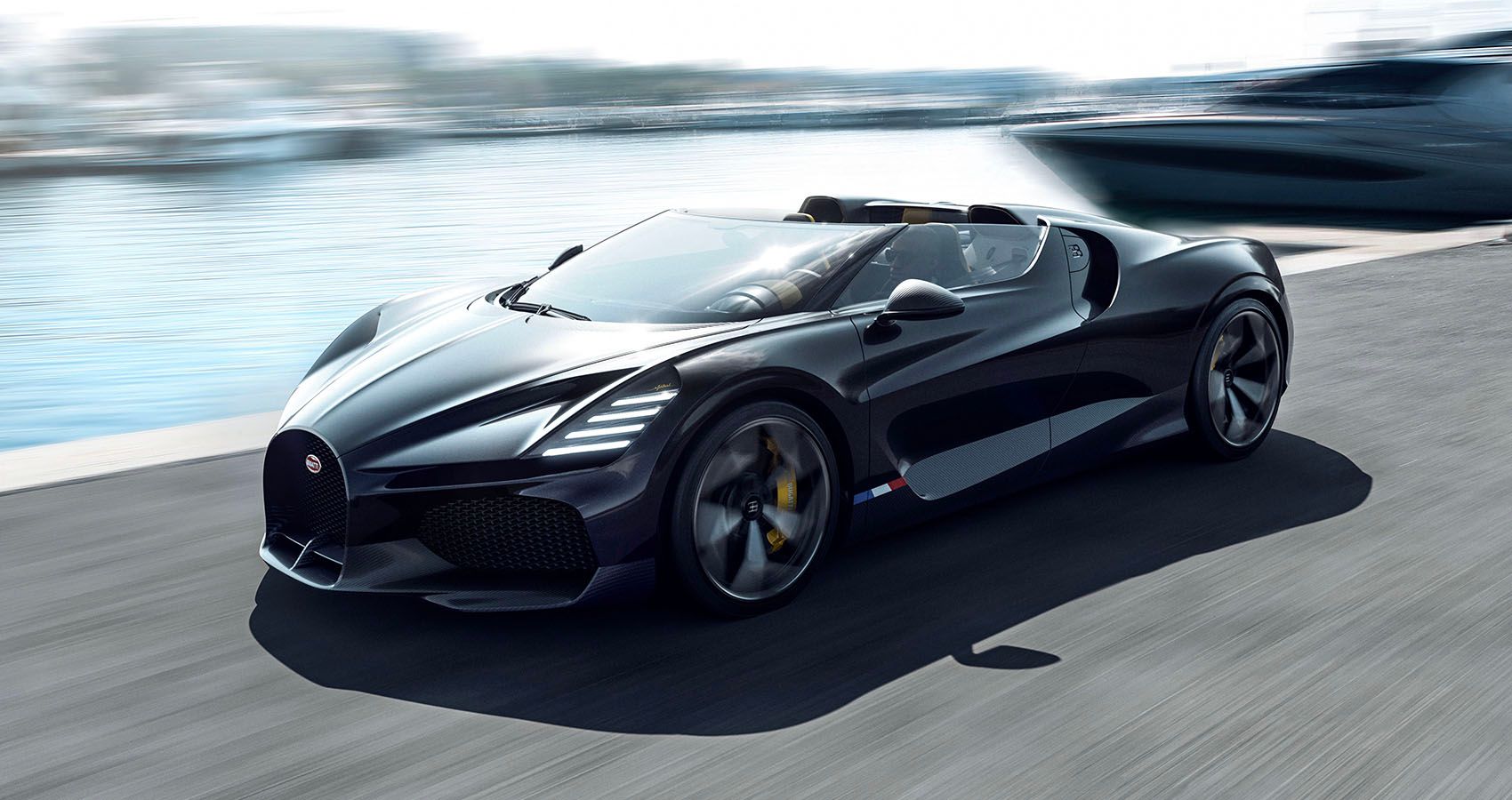 What’s the first thing your mind remembers when you hear the word Bugatti? We’re sure it brings the visuals of the legendary Veyron and mighty Chiron. Both of these hypercars have achieved cult status for their excellence by achieving astronomical top speed figures that are hard to beat. Behind all the credentials created by these two hypercars is their heart, the 8.0-liter W16 engine. After making a meteoric debut in the Veyron 16.4 in 2005 and establishing Bugatti glory for almost 17 years, the petrol-powered W16 bids farewell to the recently unveiled W16 Mistral.

Limited to just 99 units, the all-new Bugatti Mistral Roadster is the latest car to feature the 8.0-litre W16 engine, which ranks among the most sensational engines ever produced. Even after 17 years of success, this 8.0-liter W16 engine still ranks as the only 16-cylinder engine for a production car. Designed to break all speed and acceleration records, the W16 made the Bugatti Veyron a cult car. Here’s a quick recap of how that W16 engine shaped the future of Bugatti that we’ve all known for the past 17 years.

Creation of the iconic Bugatti W16

Legends don’t happen overnight, because they take a lot of time and perseverance – as proven by the W16. It all started in 1997, when Ferdinand Karl Piech, then Chairman of the Management Board of Volkswagen AG, had the idea for a super-fast production car while traveling on a high-speed train in Japan. .

In 2002, the idea was conceptualized by Gregor Gries, then head of technical development and one of Bugatti’s first employees after its resurrection in the 21st century. He began to work on the project to create a high-performance engine with a power of at least 1000 PS. With inputs drawn from Piech’s idea, the Gries-led team developed an 881.4 lb engine, which had a different W configuration than the V configuration of performance cars. For this engine, two eight-cylinder blocks were positioned at 90 degree angles to each other, giving it a unique “W” configuration. These blocks were then fed by four exhaust gas turbochargers.

This engine then made its acclaimed debut in the all-new Veyron 16.4 in 2005, with its maximum power output rated at a mind-boggling 1001 bhp (987 hp). With a claimed 0-62mph acceleration time of just 2.5 seconds and a top speed of over 400kph for the Veyron 16.4, the W16 instantly claimed god-like status among modern car engines.

Challenges encountered by the W16 engine during the development of Veyron

The W16 is no ordinary engine but a product of extensive development and testing leading to successful racing. Given the larger-than-life stature of the 16-cylinder configuration, Bugatti developed new ventilation systems and an engine test bed, as the previous ones weren’t capable enough to cope with the massive power output. To channel the hot exhaust gases, an industry-first titanium exhaust came into effect.

During the development of this 16-cylinder engine, a great challenge was faced as incorrect detection of misfires and knocks using conventional methods. To overcome this, Bugatti Ion Current Sensing (BIS) tracks the ion current flowing at each spark plug. If a misfire is detected, ignition timing is slowed down, deactivating the cylinder and reducing boost pressure to bring things back to normal.

Related: Here’s Why The Bolide Is The Hottest Bugatti Hypercar Ever Made

Other highlights of this powertrain include a quad-turbocharger setup and asymmetric firing order with 45-degree firing gaps for a unique sound. For other Veyron variants, Bugatti continued to refine this engine. In 2010, it delivered 1,200 hp (1,183.5 hp) and a top speed of 431.072 km/h (267.9 mph) in the Veyron 16.4 Super Sport, earning it the title of Car world’s fastest series the Guinness Book of Records.

The streak continues with the Chiron

While the W16 improved with each new version of the Veyron, such as Grand Sport, Super Sport and Grand Sport Vitesse, Bugatti had bigger plans revolving around Veyron’s successor, the “Chiron”. For the all-new Chiron, Bugatti aimed to carry on the legacy of the W16 as a quieter, more powerful and more usable engine than before. Except for the compact shape of the engine, all of its other components have been replaced with newer and better ones. With this upgrade, peak power output reached 1,500 PS (1,479.5 hp), almost 50% more than the original Veyron 16.4.

Of all the changes and new components responsible for the massive increase in performance, the new sequential turbocharger ranks first. With further tweaks to this method, including two-stage turbocharging, the engine claimed an output of 1,600 PS (1,578 hp) in the limited-run Centodieci. These turbochargers are 60% larger than those used in the Veyron.

The Bugatti Mistral Roadster could be the swansong for this gem of an engine. Until the car is delivered to all of its 99 customers, the legacy of the W16 engine will live on in a glorious final ode.