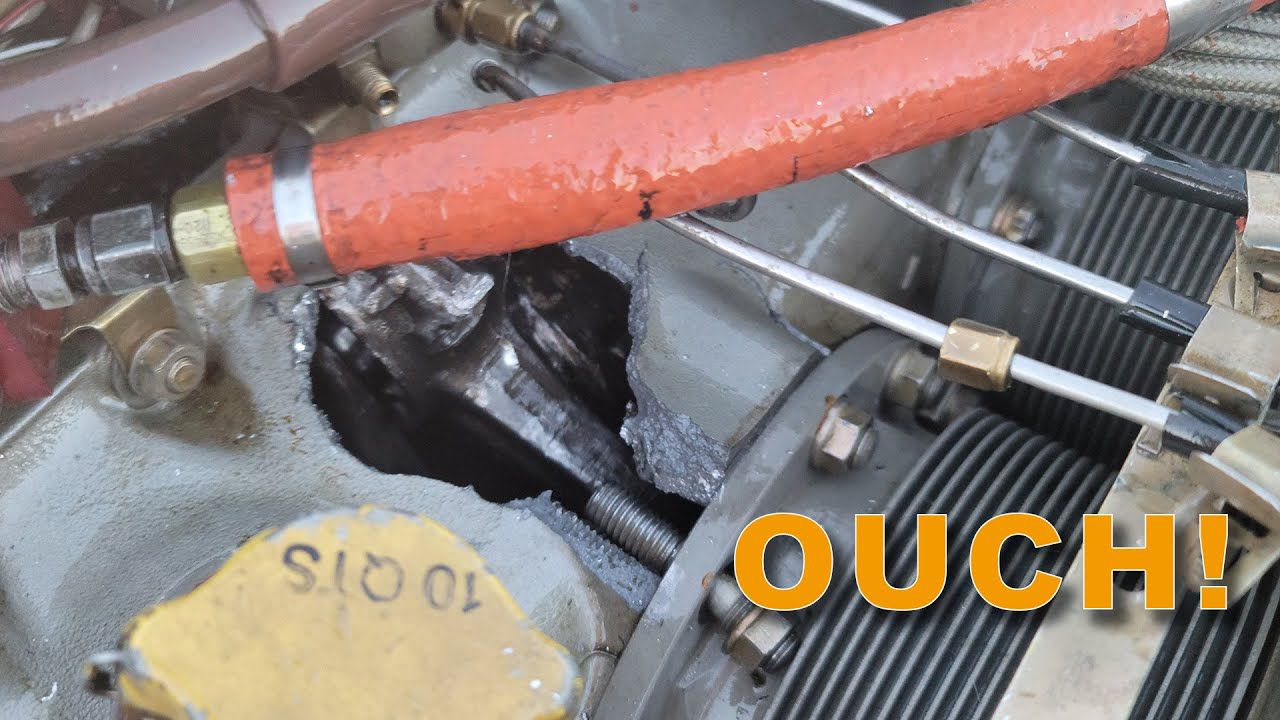 Best of the Web: Engine Failure and Flashback to the Real World

From the One-More-Time-But-With-Pictures file comes this week’s Best of the Web video. It was posted by Edward Frye, owner of Cessna Centurion, earlier this week. It depicts a successful return from the runway after a catastrophic engine failure. Total time in the air: one minute, 12 seconds. Frye does a good job of analyzing the incident, including shedding light on his own oversights, with views from inside and outside the cockpit. We should all cope well with a similar emergency.

As I have observed before, I am agnostic about the U-turn maneuver. Sometimes it’s a good choice and sometimes not. As the video shows, Frye’s decision worked and he even managed a Scott Crossfield style cab off the runway, without the hangar wall. The incident took place at Tracy Municipal Airport in California, located in a relatively flat area near Stockton. It left runway 30 and, after the engine failed, returned to runway 8, a turn of about 220 degrees and almost ideal geometry for an attempted U-turn.

There is a dense commercial industrial zone at the end of 30 and to the west of it, a large open field that could have been accessible as well. I would not question the decision because I was not in the seat and why argue successfully? Frye explains the circumstances that led to his predicament. The 210’s engine had just been overhauled but had not run on a test bench. After reading articles on cylinder glazing, Frye found recommendations for running the engine as little as possible before setting full power to seat the reservoirless piston rings against the cylinder walls. He said he had only run for a few minutes and rushed to the runway to take off against a setting sun for a few minutes of high power flight.

Personally, I’m not a fan of the initial break-in while driving an engine. All of the half-dozen overhauls I have handled were properly performed on a test bench and the resulting data was recorded in the engine documents. And even that, on the first flight I did some high power ground throttles and returned to the ramp for the stripping and pre-flight inspection. This is what I did when we overhauled the Cub engine, which had been performed on the stand, albeit rudimentary. After a year, I do a similar inspection and do at least one high speed road test.

This is not from catastrophic personal experience, but from reading dozens of accident reports following maintenance and overhauls. The failure of a freshly overhauled engine is not a daily thing, but it is not uncommon either. The same scenario described in the video happened to a friend of mine, but before take off during a high power run-up. I prefer to detonate it on the test bench or on the ground rather than after take-off. In Frye’s engine, a rod peeled off and made a hole in the crankcase, suggesting under-torque which is a common failure scenario.

The advice to use high horsepower for the initial break-in is accepted wisdom, but having never seen any data on the impact of cylinder glazing, I wonder if the risk is worth it to run through a point. fixed or even tow the aircraft to the runway and start it for immediate take-off. I saw that too. As Frye points out, rushing through it all caused him to forget about his harness, which I suspect we’ve all done.

If I had anything to add on Frye’s technique, it would be to hold the landing gear. He stretched it pretty quickly after the failure and although he got to runway 8—3438 feet long — he didn’t have a lot of elevation in the bag. Better to save the drag all the way when you’ve done the runway (and then some) rather than deploying too early and landing short because of it. This kind of defeat snatched from the jaws of victory is also an occasional accident story.

As for turning back versus not turning back, the debate will rage, I’m sure. Frye’s video is a shining example of how he can work, without suggesting that it always will.