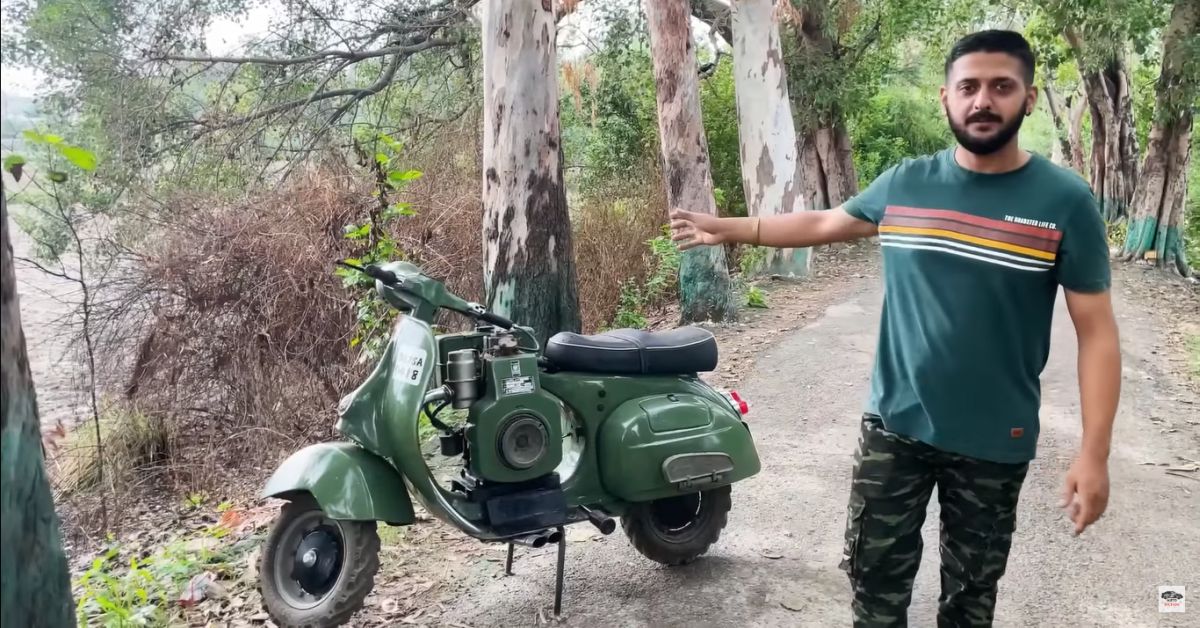 Bajaj Chetak with a diesel engine back 80 kmpl!

For us Indians, Bajaj Chetak is more than just a scooter. It is an emotion because many people have many memories related to this name. Bajaj no longer sells Chetak with a gasoline engine in the market. It is quite rare to see a Bajaj Chetak on our roads these days. Many people have maintained and restored Bajaj Chetak and many of them have even customized the scooter to their liking. Have you ever seen a Bajaj scooter with a mod engine? Well, here we have just that. This 1996 model Bajaj Chetak actually runs on a 400cc diesel engine.

The video was uploaded by Auto Fiction to their YouTube channel. In this video, the vlogger talks to the person behind this creation. Sahib is the person behind this modification and he explains everything about the scooter in this video. The scooter seen here in the video started life like any other Bajaj Chetak. The scooter belonged to Sahib’s parents and was given to them as a gift at their wedding. Sahib didn’t want to scrap the scooter and was planning some modifications to it.

Also read: Forget OATS, where is the Bajaj Chetak Electric?

His father runs a business where they make lawn mowers and after some time Sahib came up with an idea to make a diesel Bajaj Chetak. He took an old engine used in a lawn mower and started finding ways to integrate it into the scooter. He built a custom metal plate which was then attached to the running board of the scooter. There were two sets of sockets installed on the plate and above which the diesel engine was placed using a metal plate. The engine receives an exhaust design inspired by Mercedes-Benz G-Wagen. The elbow pipe on this scooter is from a Royal Enfield motorcycle.

The original fuel tank that was under the seat is now where the air filter is. The scooter uses a chain drive system and adjusters are placed in between to ensure the chain does not come loose. The sprockets used in the scooter were all made by Sahib in the workshop and he can be heard saying in the video that the scooter generates a lot of torque. It took him a long time to find a good balance between power and torque. Initially the engine was generating so much power that the chain was not able to handle it properly. It uses a pull cord mechanism to start the diesel engine and it has a typical diesel engine noise.

Like other scooters, this one has no space to store your stuff in the front. Sahib also installed a custom set of footpegs so you and your leg stay away from the engine while riding. The scooter’s diesel engine is very efficient and Sahib can be heard saying in the video that it makes about 80 km on one liter of diesel. He was inspired by the army and painted the scooter green.