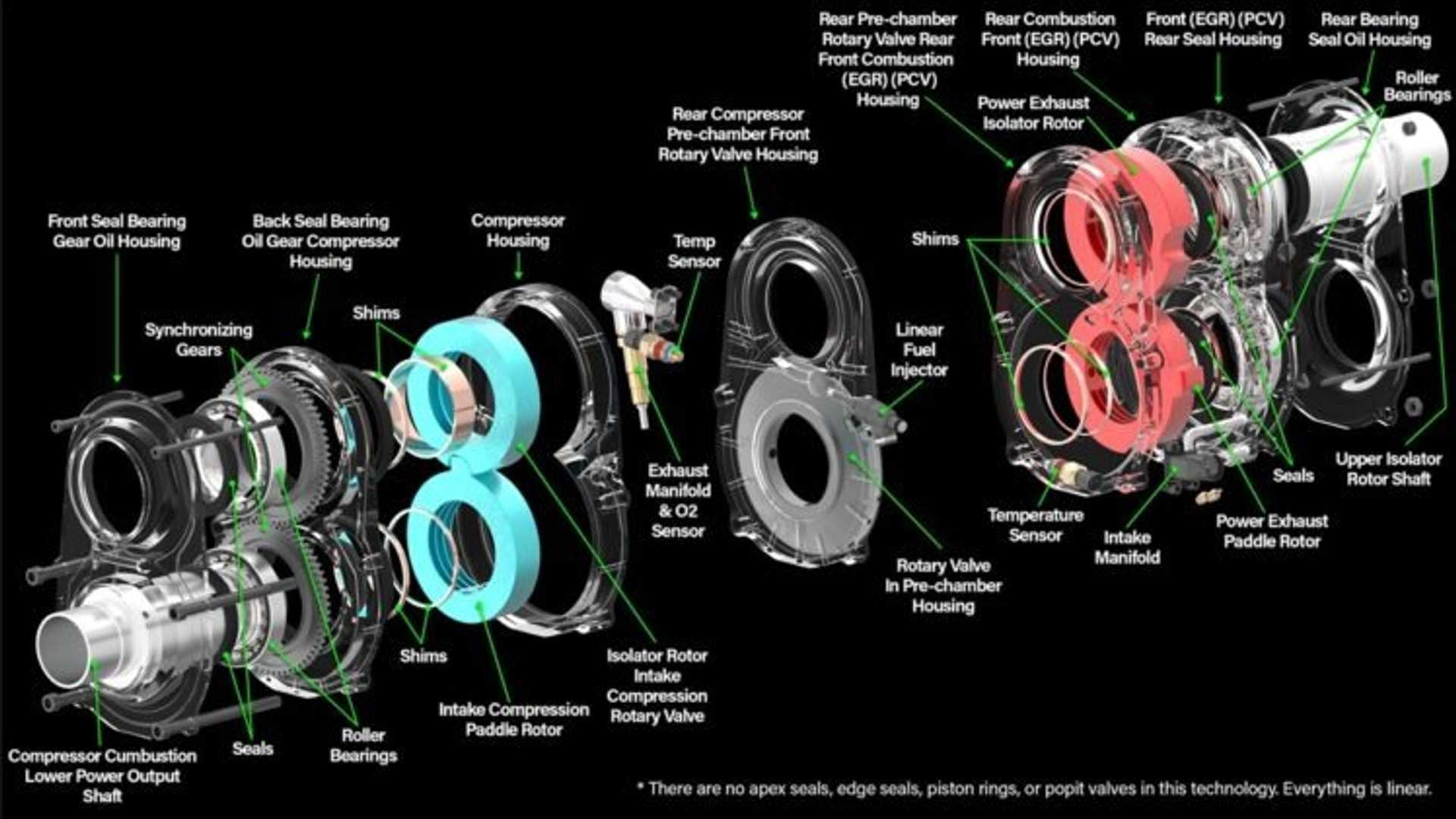 At this point, many of us are beginning to accept the eventual demise of the internal combustion engine. With electric powertrains and battery technology advancing at lightning speed in recent years, developing, building and ultimately owning an electric motorcycle is now cheaper and more convenient than ever.

That being said, the internal combustion engine will certainly be around for many years to come, even after the proposed 2035 ban on new gasoline-powered machines. Several companies, including some of our favorite motorcycle and car manufacturers, have been pushing to keep gasoline engines alive. At the same time, it seems that the good old ICE has not yet swung its swan song. Well, at least that’s what Astron Aerospace believes with its latest creation, the Omega 1.

The Astron Omega 1 is a one of a kind design. Astron has split the four strokes of a four-stroke engine into two independent chambers, with a pre-chamber in between. Two primary shafts are stacked vertically and coupled to timing gears so that they spin at the same rpm in opposite directions. Four rotors are placed on the two shafts and work in two pairs, one at the front for the intake and compression strokes and one at the rear for the combustion and exhaust strokes. A rotating disc valve and an antechamber are located between the two sets of rotors.

If you think what I think, that this engine looks like a Wankle rotary engine, you’re right. However, Astron claims that it does not suffer from any waterproofing issues and is a completely linear unit. Now, for those of you who are not engineers, myself included, it can be quite difficult to visualize all of this. To help, Astron Aerospace has produced this extremely detailed video, showing how it all fits together and how the whole system works. It’s quite impressive, really. Additionally, given its compact build, the Omega 1 can be built in different sizes to suit a variety of applications.

Note, however, that Astron Aerospace has not explicitly stated that this engine is intended for motorcycles. However, given its theoretical versatility, it could certainly power two-wheelers if it were to become a reality. According to Astron Aerospace, the Omega 1 in its current form tips the scales at just 15.9 kilograms and produces a whopping 160 horsepower and 170 pound-feet of torque. It idles at 1000 rpm and redlines at 25,000 rpm. Astron says the company has created a working prototype and claims it can run on a variety of fuels, with very low emissions.

No doubt it will certainly be interesting to see an engine so small, but with so much power, become a reality. If Astron Aerospace’s technology makes it to production, it could very well be a game-changer, not only in terms of mobility, but also energy consumption in general. Of course, all figures in this article are simply claimed by Astron Aerospace and have not yet been tested in real applications. As such, I guess it would be best to wait and see what developments Astron Aerospace continues to make in the near future.

A hydrogen-powered Duramax diesel engine? It could actually happen