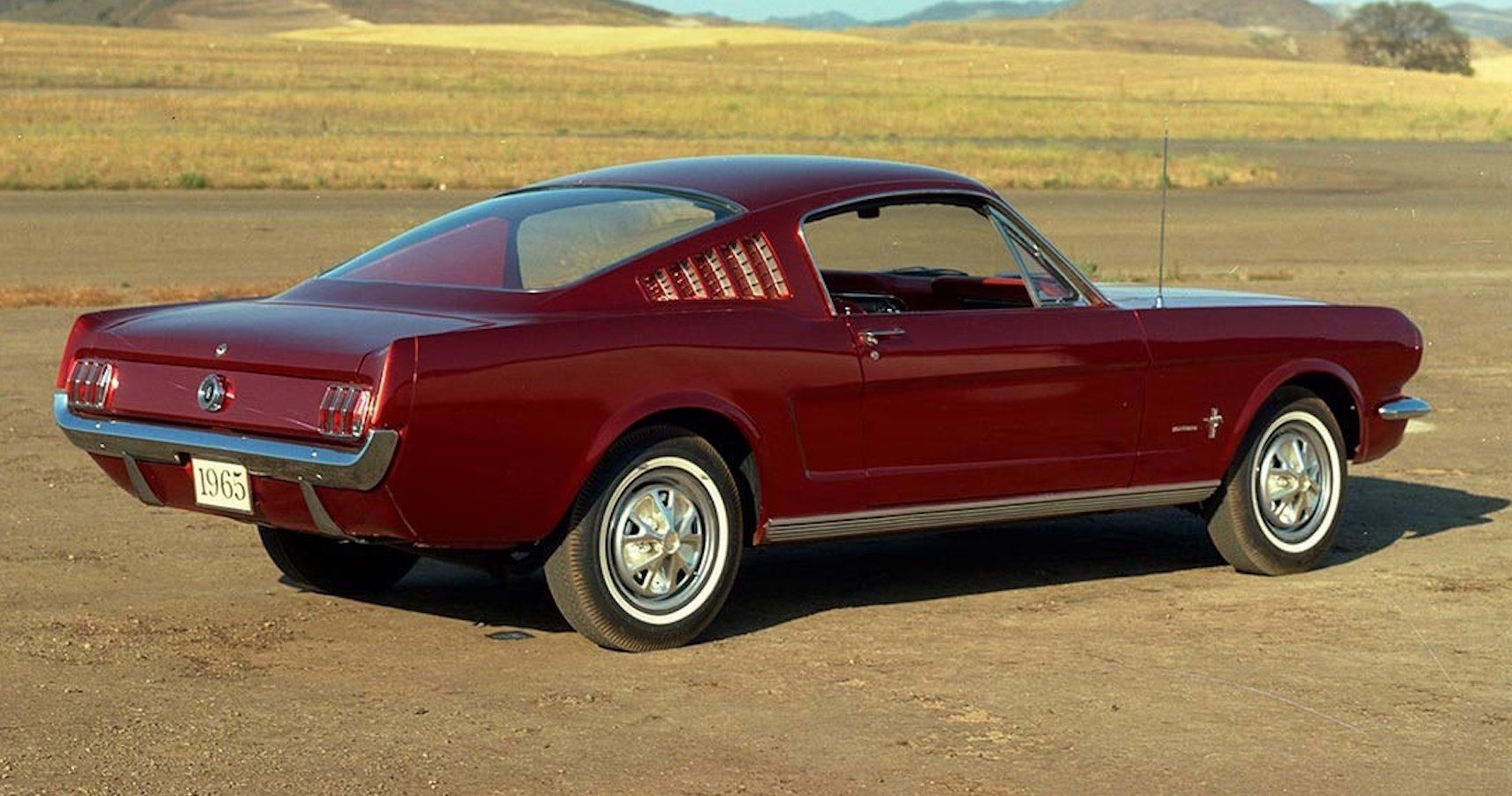 All about the first generation engine codes

In the internet age, the average car enthusiast can discover countless information about the vehicles of their choice. And if they want to know more Ford Mustangs, well, reading it all would take a lifetime.

For this reason, focusing specifically on engines can be a great place to start for people who want to learn more, and the best way to start is by looking at the engine code.

Today, Ford engine codes used for the first generation Mustang (1964.5 – 1973) will be in the spotlight, ranging from the smallest and most common engines to the rarest and most powerful examples of the Mustang.

For this group, we remain in the first year of the Mustang nameplate dating back to 1964.5, an unofficial model year given to Mustangs produced six months before the real debut in 1965. The D Code and F Code engines were small Ford engines. -blocks used only in this short production run of 196.5.

The Code D was the first 289 cubic inch V8 to be in a Mustang, even before the popular A and C Code engines. The first F-code was a small V8 engine of only 260 cubic inches. This iteration of the F Code was not the last Mustang engine to use the letter F, which is why it is often confused with the F Code V8s of ’68 and ’69.

The most forgettable of this group was the U Code inline-six (1964.5 only), which produced just 105 horsepower from 170 cubic inches and a single-barrel carburetor. Most notable, however, is unequivocally the K code. Produced from 1964.5 to 1967, the K Code was a Factory High-Performance version of the regular 289 V8, often referred to as HiPo for short.

Benefits such as optimized crankshafts and camshafts, reinforced bearings, high flow water and fuel pumps as well as more ‘breathable’ exhaust manifolds have allowed K Code engines to achieve healthy horsepower. of 271 horsepower and 312 lb-ft of torque. The K Code has not changed in terms of performance in its almost four years of Mustang model use, but it certainly deserves to be highlighted among the the extensive list of Mustang engines.

The A and C Code engines were the default V8 option for early Mustangs, both with 289 cubic inches of displacement. The main difference between the two 4.7-liter engines is their carburetors. The A Code engine had a four-barrel carburetor while the C Code had a two-barrel unit. However, there are also internal differences starting with the design of the piston.

The T-code was an in-line six-cylinder unit used in cheaper trim sets and produced low numbers even for a six-cylinder. The T code makes 120 horsepower from 200 cubic inches.

The F Code engine is the second “F” mention on this list because the 1968 F Code was a 302 cubic inch V8 instead of the previous 289 version. The J Code engine is also a 302 but uses a four-barrel carburetor instead of the two-barrel F Code. As you might expect, the J Code developed 230 horsepower, 20 more than the F Code.

Continuing on, we find one of the most exciting engines in Mustang history … the R Code. At 428 cubic inches, the R Code was the second most powerful Mustang engine in 1968 and the first to bear the now famous name of “Cobra Jet”. The R code developed 335 horsepower and a monstrous 440 lb-ft of torque.

The king of horsepower of the 1968 Mustangs, however, was the W code, also known as the 427. Developing a horsepower rating of 390 horsepower and 460 lb-ft of torque, the W code appears in the dreams of enthusiasts. of Mustangs from around the world. 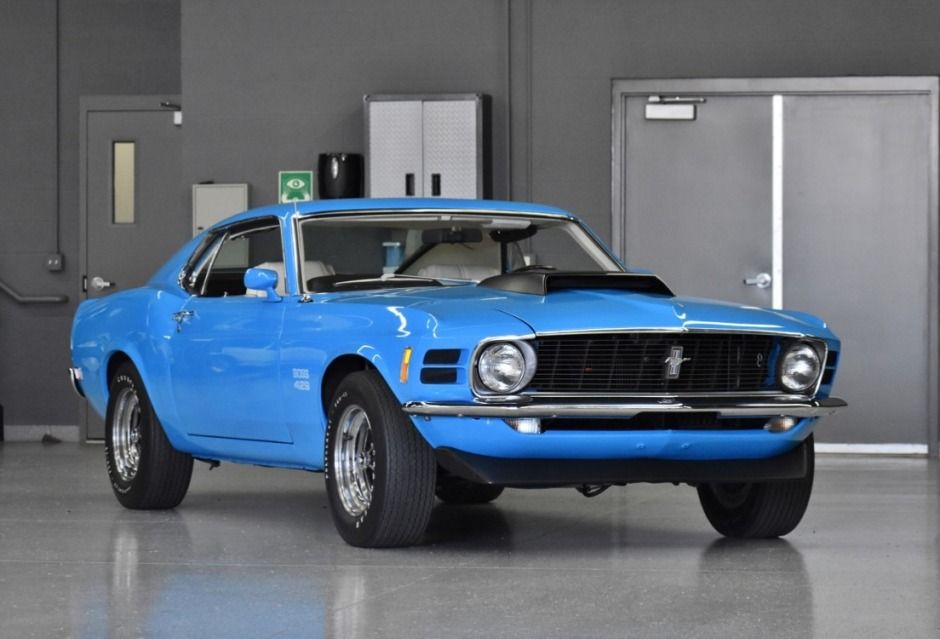 We’re just going to get rid of the L code as it really kills the buildup for the biggest fire eater on this list. The L code was a 250 cubic inch V8 that produced 155 horsepower from a single barrel carburetor used only in 1969. Then we have the G Code, otherwise known as the Boss 302 engine. With a four-barrel carburetor and 10.6: 1 compression, the G Code developed a balanced output of 290 horsepower and 290 lbs of torque. -pi.

As for the Q Code, this engine is the same as the 428 Cobra Jet engine in terms of performance, just without the working hood scoop that Cobra Jet customers have received. And now the latest installment and perhaps the rarest engine and car combination – Code Z, aka Boss 429,

Ford produced only 1,359 Mustang Boss 429s and all of them were equipped with the special 429 engine. Produced in 1969 and 1970, the Boss produced a rated power of 375 horsepower and 450 lb-ft of torque. However, it is common knowledge that many powerful muscle cars of this era had their real power potential severely hidden for insurance and legal purposes. The Boss 429 is one of the most famous examples of such “gentlemen’s agreement” between car manufacturers and has probably produced over 500 horsepower, by some estimates.

One of the coolest muscle cars Ford has ever built, seeing a 429 on the road or surfacing somewhere in a barn is always something to celebrate.

Max Larsen has worked, driven and rubbed shoulders with cars all his life. He’s been a daily automotive journalist for quite some time and majored in Porsches, but make no mistake about it. He grew up with old American cars and has become something of an omnivore. As a major journalist, classic rock snob, and car enthusiast, he now writes for HotCars.com.

2022 Maruti Baleno Facelift will get a 1.5-liter engine from Brezza