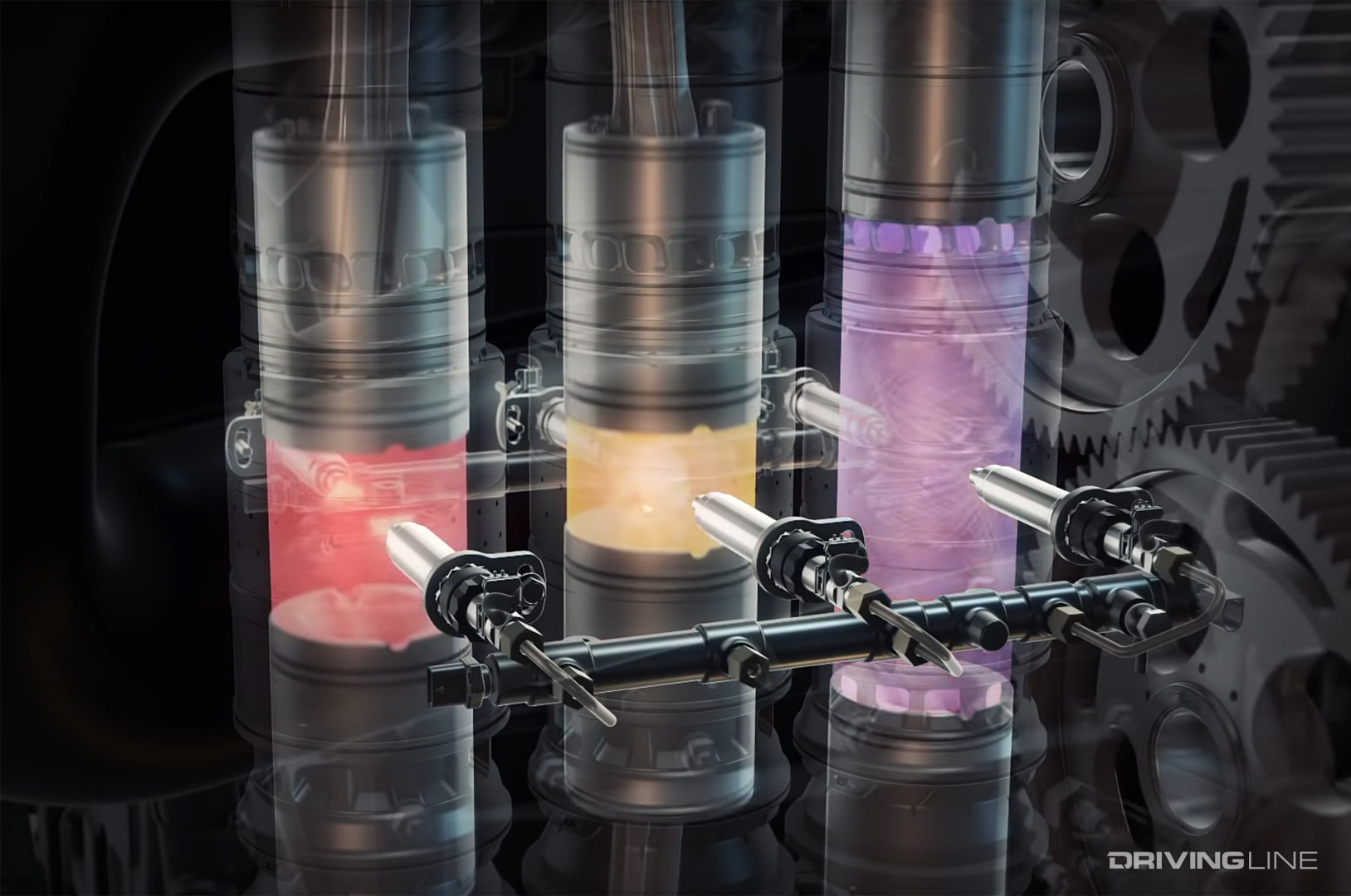 Achates Power: the ultra-clean diesel engine of the future?

The two-stroke, opposed-piston diesel engine is over 100 years old, but it will meet NOx emission standards for the future. Say what? In the age of the EV this and the hybrid that, Power Purchases proves that diesel is anything but dead. In fact, its Class 8 10.6-liter three-cylinder engine is already ahead of the curve, on its way to being one of the cleanest diesels ever made. In addition to crushing the most stringent NOx standard six years in advance, the innovative power plant beats current CO2 (carbon dioxide) regulations (460g) by more than 8%, meaning it also meets the EPA’s 2027 mandate of no more than 432g of CO2.

Capitalizing on the diesel infrastructure already in place, Achates Power has designed its 10.6L opposing piston engine to meet future emissions and fuel economy standards more cost effectively than any current solution on the market. . Better yet, it could have an immediate impact on reducing pollution rather than the promise of electric vehicles to do so in 10, 20, or even 30 years. But how does the company’s engine perform its ecological prowess? Below, we’ll venture inside the opposing piston engine to show you why it’s so efficient, and then share how Achates Power was able to fine-tune a century-old engine design for the modern era.

For those of you who have never read about Opposed Piston Engines (OPs) or those who need a quick refresh on how they work, here it is. First of all, they are known for their superior energy efficiency and simplicity. There is no cylinder head on an opposed piston engine. This means no valves, no valve seats, no camshafts, no valves per se. Each cylinder houses two pistons that move closer to each other (and the central combustion zone) during the compression stroke. Opposed piston engines also use two crankshafts, one located at the end of each cylinder. They have a stroke-to-bore ratio that is twice that of a traditional 4-stroke engine, which considerably reduces heat loss. The cylinder wall ports, covered and then uncovered as the pistons move through the cylinder bore, allow air to enter the cylinder as well as the exhaust to escape.

The 10.6L from Achates Power takes advantage of the advantageous stroke-to-bore ratio of opposing piston technology. Its bore measures 4.72 inches (120 mm) and its stroke is 12.28 inches (312 mm) for a ratio of 2.6: 1. There are three cylinders, six pistons, and the engine’s compression ratio is 18.0: 1. Considering its displacement, peak output of 450 horsepower, and peak torque of 1,750 lb-ft, it’s obvious the company’s engine is aimed at: Class 8 trucks. Specifically, Achates strives to match the performance of 13-liter, inline-six and 4-stroke engines in the same class, while its fuel efficiency should blow them out of the water. More on that in a bit.

Still an internal combustion engine, the Acquises 10.6L with opposed pistons cannot escape the production of NOx and particulate matter (PM) emissions. PM production is managed by shaping the outline of each piston to complement the other in the same cylinder and relying on high-pressure, rapid-ignition common rail fuel injectors for engine injection events. On the NOx front, efficient engine sweeping (its supercharger provides sufficient low-pressure fresh air flow to effectively clean the cylinders) helps control peak combustion temperatures, reducing emissions of NOx in the cylinders.

Further reduction of NOx (an optimized combustion process in the cylinder alone cannot solve this) will come in the form of exhaust aftertreatment, with many acronyms that diesel owners are familiar with ( and which many hate). A Diesel Oxidation Catalyst (DOC), Diesel Particulate Filter (DPF), and Selective Catalytic Reduction (SCR) are all in play here, complemented by Diesel Exhaust Fluid (DEF) that the end user will need to complete. . An electronically heated catalytic converter (EHC) is also in the mix on the Achates concept engine and we assume Exhaust Gas Recirculation (EGR) will be present on every engine as well.

With all of these emission controls in place, including an engine design that inherently produces less NOx, the 10.6L opposing piston engine already meets the extremely stringent requirement for 0 NOx emissions. 02 g / bhp-hr (g per horsepower-hour) California has proposed for 2027 on the FTP cycle (federal testing procedure). This NOx standard of 0.02 g / bhp-hr represents a 90 percent reduction from the standard in place today. In the graphs of exhaust temperature and NOx emissions shown above (obtained during the cold start FTP cycle), Achates convincingly outperforms the benchmark engine, a 12.7L diesel engine concept. 4-stroke to meet California’s 2027 low NOx standard.

While its 10.6L OP powerhouse is still a concept, Achates Power says Class 8 trucks will be 20-30% more fuel efficient with one under the hood. If this is true, it could save transportation companies tens of millions of dollars in annual fuel costs, depending on the size of the fleet. Real-world fuel efficiency tests are scheduled for later this year with an Achates engine powering a Peterbilt Model 579.

Other Power Purchases engines and applications

In early March, Achates Power announced that it will also begin development of engines for the medium-duty class 3 through 6 truck markets. These diesel power plants will be two- and four-cylinder variants of the same opposed-piston, two-stroke design. . The project is supported by a $ 5 million grant from the US Department of Energy and will be carried out with assistance from Isuzu, University of Wisconsin-Madison and Clemson University. Another fun fact is that one of Achates Power’s opposing piston engines will be mass-produced by Cummins in 2024 for use in the U.S. military. See Advanced Combat Engine or ACE to learn more about this program.

An obituary for the internal combustion engine