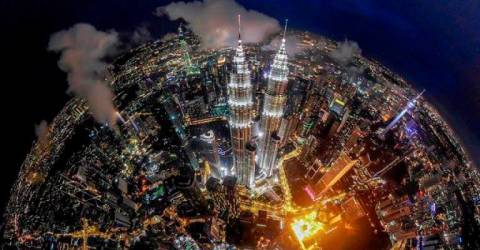 A new engine of growth vital for the recovery

THE annual economic growth for 2021 was as expected at around 3.1%, which is at the lower end of Bank Negara’s forecast range of 3% to 4%. The full year result confirmed that there was and, in our view, still is too much optimism about growth prospects for the year ahead in 2022. Our analysis suggests that last year’s low growth figures were due to the structural impact of the lockdowns, which made the situation more complicated for businesses and consumers, and slowed the transition to normal growth.

On a positive note, the economy rebounded nicely in the fourth quarter compared to the previous quarter. Gross domestic product (GDP) increased by 10.4% on a quarterly basis and by 6.6% in seasonally adjusted terms. This is only the second after the 21.3% quarterly growth seen in the third quarter of 2020, which was the biggest rebound in recent years.

Nevertheless, the bumpy trend tells us that the economy is being stimulated by the government’s numerous stimulus measures and other policy measures, such as withdrawals from the Employees Provident Fund, rather than expanding due to strong underlying growth and fundamental improvements. This is worrying after two years of crisis and it shows that we are still not seeing the quality of growth that would allow us to be optimistic for the moment.

If we examine in detail the two main pillars of economic growth, we can see some of the causes of our cautious approach. Private consumption increased by around 5% on a quarterly basis and fixed investment increased by 5.5%. Looking at the composition, we can see that there is a worrying reliance on low-quality, short-term factors.

With the economy reopening at the end of the year, we can expect a significant recovery in consumption in the fourth quarter. As people started going out again after the lockdown phase, many forecasters expected them to spend more of the pent-up consumption that had been held back during the lockdowns.

We felt that we might not see this pent-up consumption and although it did happen to some extent, what we actually saw was a kind of zero-sum spending effect, so the impact overall consumption was attenuated for three reasons.

Second, as people went out more, they saved up to RM4.4 billion eating and drinking at home, but spent RM4.7 billion on restaurants, hotels, leisure and services . Thus, we can see that this aggregate sum close to zero suggests a shift in consumption rather than a net increase.

Thirdly, we can see that the savings to many from utility bill discounts, around RM1.7 billion, has been used as a buffer on discretionary items such as clothing and footwear, furnishings, household appliances and communications, which in total increased by about RM1. billion. Again, this is more of a redistribution than a net increase in consumption.

Overall, investment increased by 5.5% in the fourth quarter compared to the third quarter, which is important and is good news. However, the breakdown shows that the overall increase came from an 81% rise, an additional RM10.4 billion increase in government investment, from the previous quarter, but a sharp contraction over the same period. 13% or RM6.8 billion. , in private investments. During the lockdowns, private investment fell by 33% compared to the last quarter of 2019 and has yet to recover.

As we noted earlier, we need to look at investment and especially private investment as the engine of the economy. If there is not enough global demand and enough profits generated by this demand, then private investments will continue to decline, which is not compatible with a robust and solid growth phase to come.

There were some good signs from external demand and the trade balance, which again contributed to overall growth. Exports increased by 12% on a quarterly basis, consolidating the recovery of recent quarters and taking the current account ratio to its highest level during the pandemic crisis, reaching 8.6% of GDP. This export-led recovery will in turn boost employment and wages.

While we see positive signs pointing to a slow but steady recovery, we still need a new engine to sustain this momentum, from new sources of private investment and increased disposable income to enable consumers to spend more in net terms rather than shifting their spending from one place to another.

It is essential for Malaysia to build a new phase of growth on strong domestic investment and robust consumption rather than relying on external demand and government spending. This will be the challenge of 2022.

Teacher Paolo Casadio is an economist
at HELP University and
Professor Geoffrey Williams is an economist at the University of Science and Technology Malaysia. Opinions expressed
are those of the authors.
Comments: [email protected]