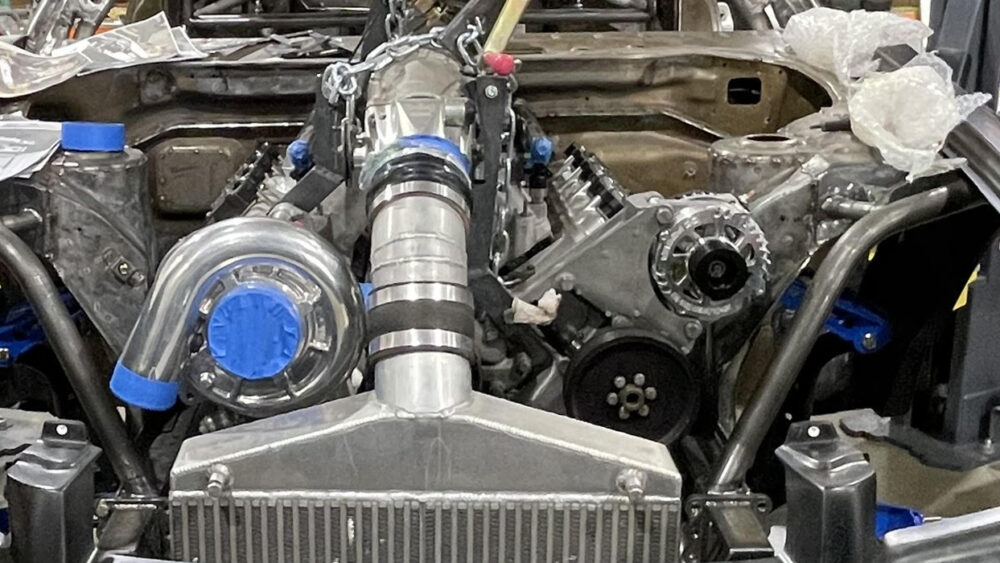 Engine of the week is presented by

As with any addiction, many people are sucked in at a young age. However, unlike these other unhealthy addictions, Yufeng Luo has a speed addiction. Luo is a former racing driver and owner of Y Motorsport, a store based in Whittier, California, which builds luxury racing cars, drift cars and off-road vehicles.

Yufeng’s addiction to speed began when he was 13 years old. He has since become the youngest national champion of the Sports Car Club of America (SCCA) at the age of 16 and is a winner of Lamborghini Super Trofeo, Road to Indy and FIA Formula 4.

Teaming up with Ricardo Divila, a two-time Formula 1 world champion racing engineer, Yufeng uses the experience gained over years in professional motorsport to set up a custom racing car building company in Y Motorsport with an emphasis on drift cars, road racing cars and off-road vehicles.

The California-based company operates on 6,000 square feet of land. facility specializing in metal fabrication, engineering, CAD design and precision machining. Y Motorsport’s first project was to build a professional Nissan Skyline R34 drift car. The Nissan Skyline R34 is arguably one of the most sought-after sports cars in the world with less than 200 copies in the United States.

To begin the custom build, Yufeng took the car apart down to the bare chassis and built a professional drift car with technology and performance that is only matched by the world’s best racing cars built by OEMs. Yufeng and his team will eventually take the Nissan Skyline R34 to different cities and countries to demonstrate precision driving on the world’s most difficult roads.

Yufeng also promotes safe driving and advances motor racing by making the sport more accessible to car enthusiasts. His company is working with Formula 1 circuit designer Tilke Engineering to build a racing complex that includes a world-class racing track – not only suitable for professional drivers – but also avid drivers and vehicles of all. levels. The project will have the world’s first racetrack surrounded by luxury high-rise apartments with elevators that can bring cars to each individual apartment lounge. Yufeng plans to open the racing station in 2023, but that’s another story.

Let’s get back to the Nissan Skyline R34 – the drift car’s build has a ton of custom elements, but the real secret sauce is in the engine – a 427 cubic inch LS7 built by Ken Duttweiler of Duttweiler Performance and refreshed by Bruce Nogrady of Nogrady Racing Engines.

Engine construction includes an RHS high deck block machined to 427 cid. The rotating assembly includes a forged crankshaft, forged connecting rods, and JE pistons and rings. The upper end and valve actuator of the engine is made up of a set of Brodix cylinder heads that incorporate a Crower camshaft, Crower roller lifters and Crower rocker arms.

Everything in the engine is controlled via a MoTec M150 ECU and a MoTec PDM 30, which power the MoTec C125 display. The LS7 runs on C16 racing gas, and without nitrogen, it produces a whopping 1,135 horsepower at a redline of 8,500 rpm.

Engine of the week is sponsored by PennGrade Engine Oil, Elring – Das Original and Scat crankshafts. If you have an engine you would like to feature in this series, please email Greg Jones, Editor-in-Chief of Engine Builder at [emailÂ protected]

Best of the Web: Engine Failure and Flashback to the Real World