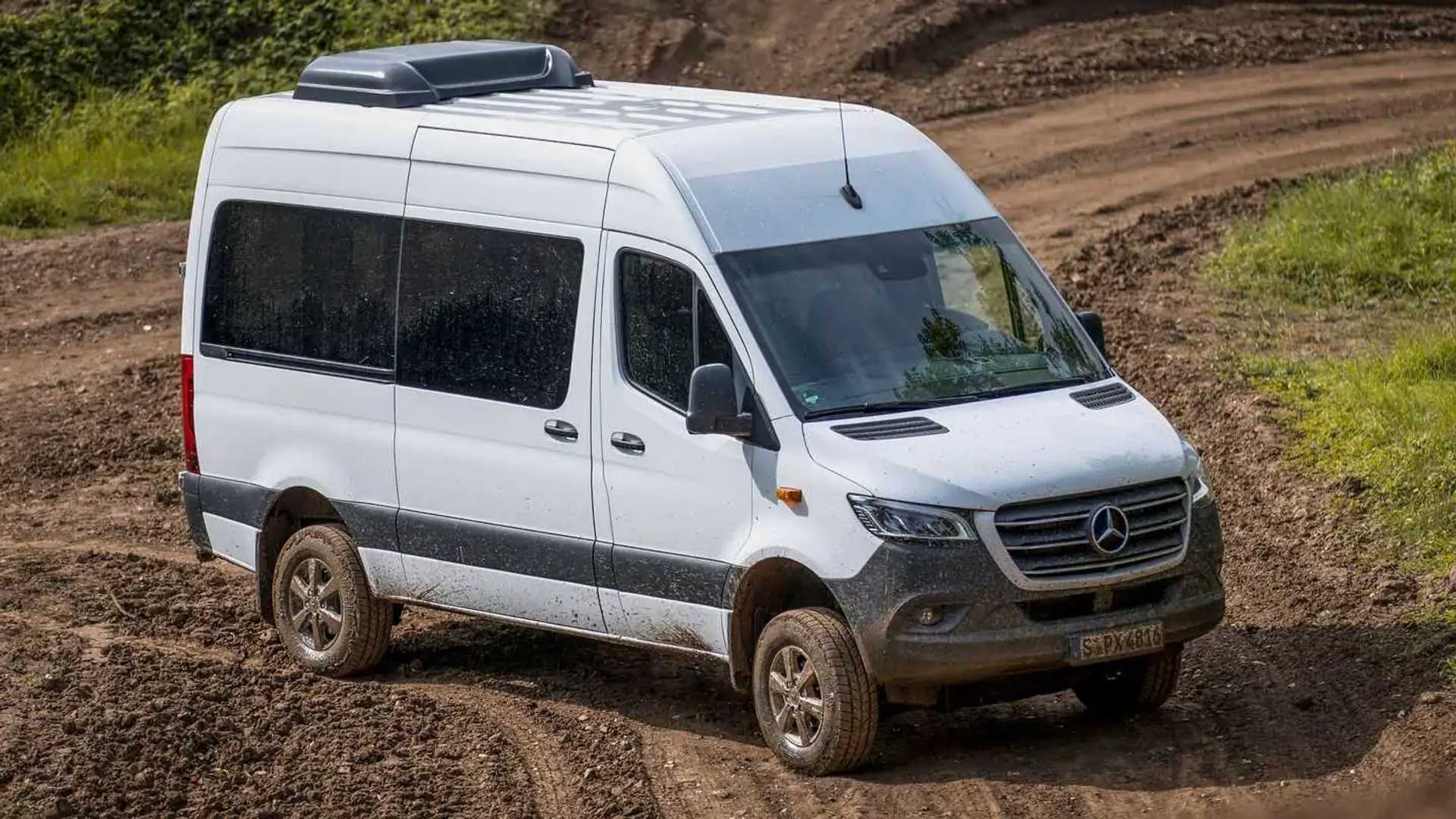 The 2023 Mercedes-Benz Sprinter arrives with updates to make the van even more capable, including in tough conditions. The revised vehicle will go on sale in the United States in early 2023.

There are major changes to the 2023 Sprinter powertrain lineup as there is a new 2.0-liter four-cylinder turbodiesel and the 3.0-liter V6 turbodiesel is no longer available. The four-pot powertrain is available in two versions. The less powerful variant has 168 horsepower (125 kilowatts) and 295 pound-feet (400 Newton-meters) of torque. The high-output version develops 208 hp (155 kW) and 332 lb-ft (450 Nm).

All versions of the Sprinter now use a nine-speed automatic transmission, rather than the previously available 2.0-liter turbodiesel’s seven-speed automatic. Mercedes says the new transmission allows for better fuel mileage and faster downshifts. The first gear ratio is lower, allowing for better initial acceleration.

The Sprinter also gets a new all-wheel-drive system that replaces the existing 4×4 setup. The latest technology has a torque distribution of up to 50% for each axle. The previous transmission can only send 35% of the power forward.

The AWD system is only available with the high-output version of the new 2.0-liter turbodiesel. Mercedes reports that this transmission maintains the ground clearance, approach angle, departure angle and rollover angle of the Sprinter 4×4.

Pricing is not yet available for the updated Sprinter lineup. Expect those numbers to come closer to the 2023 pickup’s debut.

Mercedes is also developing the new generation of the eSprinter EV for the United States. It sits on the company’s electric versatility platform which has three modules: the rear drive axle, the high-voltage battery under the floor and the area for the high-voltage components up front. The automaker plans to offer three battery capacities.

Mercedes is investing 50 million euros ($54 million at current exchange rates) in its South Carolina plant to build the examples of the eSprinter in the United States. Assembly begins in the second half of 2023.

MLB The Show 22 gets new advertisers and commentary engine