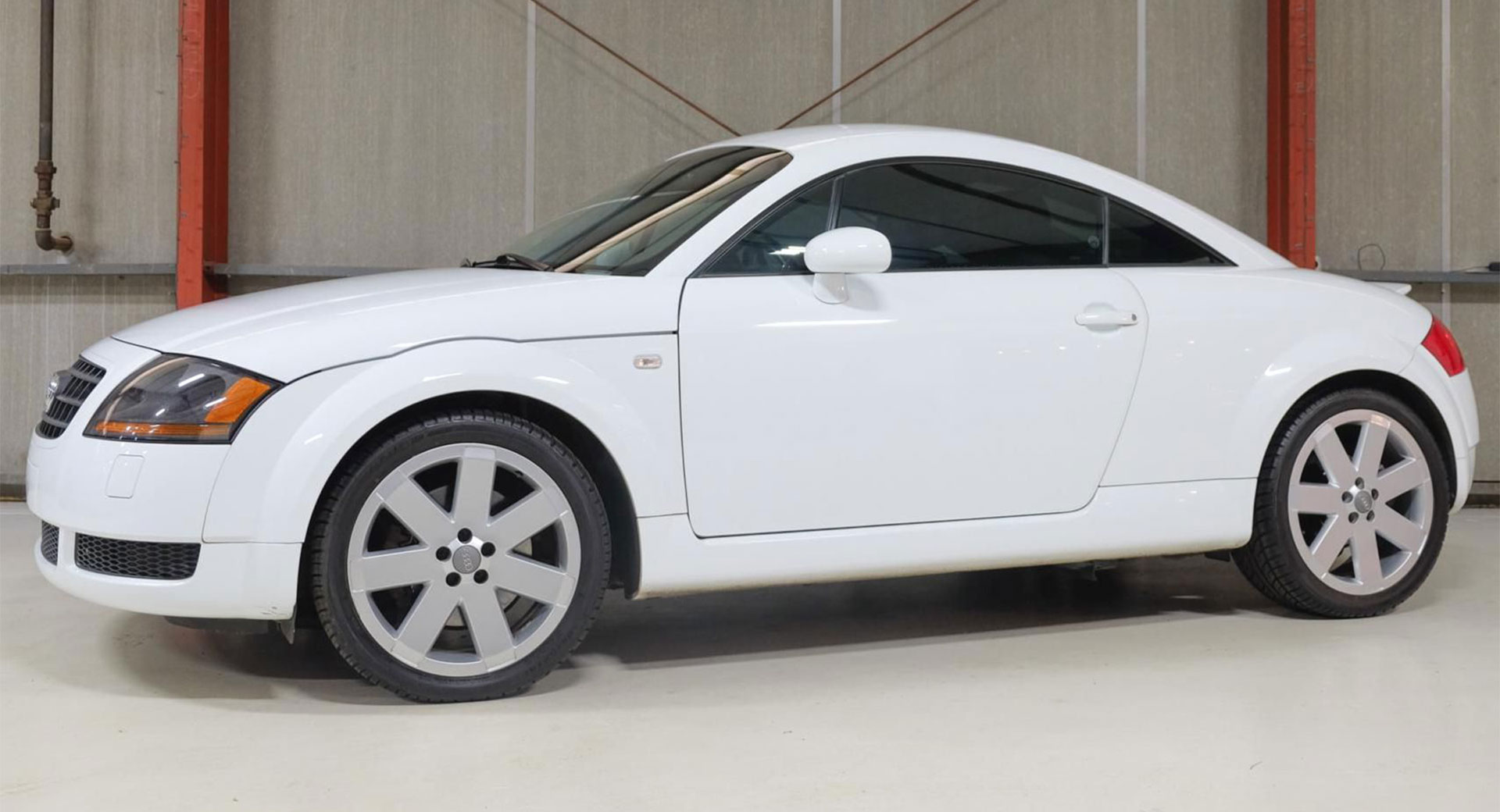 The Audi TT is one of the brand’s most recognizable cars and while this 2003 model might look normal from the outside, it’s anything but.

This Audi TT left the factory with a 1.8 liter turbocharged four-cylinder engine, but for some reason the previous owner decided to remove this engine and replace it with a 1.9 liter turbodiesel four-cylinder from a 2003 VW Golf GTD. It’s not just any old Golf GTD engine either.

Various upgrades have been made to this engine including the fitment of a Colt Cams Stage 2 camshaft, black nitride lifters, ARP engine hardware, BEW injectors, fuel pumps and Audi senders A3 TDI and an aftermarket cat-back exhaust.

Mated to that diesel engine is a six-speed manual transmission featuring a short shift kit and rocking a Sachs performance clutch and flywheel. the Cars and Auctions the listing also states that the car has a heavy-duty front axle.

As mentioned, the Audi’s exterior looks completely standard, but there’s one little thing that sets it apart: a small TDI badge on the tailgate. The TT has been painted in gloss white and it comes with a clean Carfax. The car’s actual mileage is unknown, but the turbodiesel engine has a touch of over 76,000 miles (~122,000 km) under its belt.

The interior of the car is completely standard and features aviator gray leather on the seats, transmission tunnel, handbrake and lower half of the dashboard.